THE STV station has a new director - little-known Czech native Radim Hreha - and, according to the media, a new voice for the ruling Smer party in the country's public media. 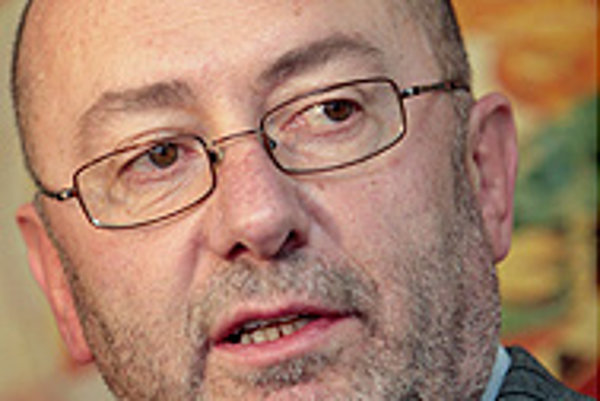 Font size:A-|A+  Comments disabled
THE STV station has a new director - little-known Czech native Radim Hreha - and, according to the media, a new voice for the ruling Smer party in the country's public media.

Hreha won the post in the second round of elections in the STV Council on December 11, securing 9 out of 15 votes, which was enough for victory under new rules requiring only a bare majority recently passed by the government.

Even before the vote, however, the media community had been in full cry about Hreha's alleged political connections.

Hreha told the Pravda daily on December 12 that the report was untrue. "I think some journalists feel the need to pigeon-hole me," he said. "I have never met Paroubek in my life."

However, Hreha was elected to the local council in Český Krumlov for Paroubek's ČSSD party.

He also founded a Czech media portal, worked for the private Nova station, and served for five months as the head of office for the director of Czech Television, a post he left after a conflict with presenter Jan Kraus.

Kraus told the Sme daily on December 13 that "it is good news for us in the Czech Republic that we have got rid of him, but it's bad news for STV that they have inherited him."

"I don't want to enter these waters today," Hreha responded. "There have been too many emotional statements made."

This year was the first time the STV director was elected by the STV Council rather than by parliament, but the lobbying was reportedly as intense as ever. An MP quoted by the Sme paper said that "[the ruling] Smer [party] can't decide, one group around [Culture Minister] Marek Maďarič wants producer Patrik Pašš, while Fico is closer to Jiří Paroubek's candidate, Radim Hreha." Pašš eventually capitulated, saying that "I didn't manage to secure enough political support."

Hreha was diplomatic when asked about his political ties to Smer, saying that the allegations "flatter me".

Hreha also appears to have done some deals with his opponents to get elected, and told the Sme daily that he could imagine cooperation between STV and Trigon Production, a firm owned by Pašš.

Another candidate for the STV post, Roman Lipták, is the CEO of the Forza production house and the former creative director of the private Markíza TV station. He is now expected to become the STV deputy director and program director under Hreha. "I can imagine Roman Lipták as program director," Hreha told Sme on the day of his election.

A media community source who preferred to remain anonymous told The Slovak Spectator that, as a person close to the top management of Markíza, Lipták might use his power to create a program structure that would not hurt Markíza's commercial interests, or that he might draw current Markíza employees into the station. The media analyst said the new recruits could number up to 30 people.

Hreha made no bold announcements of change at STV, saying that "I don't have any first steps prepared. I want to become acquainted with all aspects of the station."

However, he did say that changes to newsroom staff would be made almost immediately, and that "any form of biased or tabloid attempts to discredit politicians" would be banned at the station.

A source at STV told The Slovak Spectator that Hreha had failed to make a good first impression on the STV news staff, saying at their initial meeting that he was indisposed after having celebrated his election all night with a cabinet minister.

According to further information obtained by The Slovak Spectator, one of Hreha's first steps will be to fire station editor-in-chief Roland Kyška and replace him with a nominee of the Slovak National Party.

Another issue which is being closely watched is how Hreha approaches STV's court cases, which could collectively cost the station over Sk1 billion.

As The Slovak Spectator reported in the past, STV under director Igor Kubiš in 1998 signed contracts for the provision of programming with the Štúdio Beta company that had been discussed at the highest levels of the ruling HZDS party, which is again now in government. The contracts provided for exorbitant penalties if STV failed to honour the deals, which it did under its next director, Milan Materák.

STV is now on the hook for Sk790 million if it loses its last-ditch Supreme Court appeal of the Štúdio Beta contracts.

A former senior member of the STV management told this newspaper that a deal was in the works for STV under Hreha to agree to an out-of-court settlement for Sk500 million, to be paid from the state budget.

Hreha has not yet expressed an opinion on the Štúdio Beta case.