Special Court to survive after all

THE SPECIAL Court, set up under the previous government to deal with political and organized crime cases, has been given a reprieve from attempts by the Justice Ministry to have it shut down. 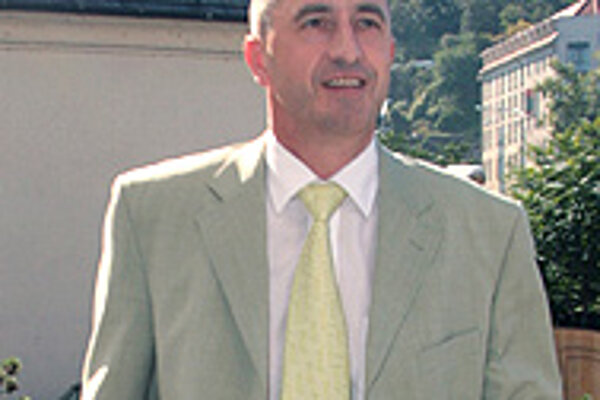 Font size:A-|A+  Comments disabled
THE SPECIAL Court, set up under the previous government to deal with political and organized crime cases, has been given a reprieve from attempts by the Justice Ministry to have it shut down.

After months of silence while Justice Minister Štefan Harabin painted the court as expensive, unproductive and "a non-standard element in the court system", Prime Minister Robert Fico finally confirmed that his Smer party was in favour of preserving the Special Court, as it saw "more reasons in favour of [keeping] the court than against it".

Despite this unambiguous statement by the prime minister and leader of the strongest coalition party, Harabin, a nominee of the junior coalition partner Movement for a Democratic Slovakia (HZDS), said he would not withdraw a draft law to have the court shut down from government review.

The minister announced he was waiting for a statement from the cabinet's legislative council, an advisory body, as well as from the cabinet itself on his draft law. He said he also wanted to examine Fico's plans for the future of the court.

"We'll let ourselves be surprised by the solution that the legal experts and the prime minister come up with," Harabin said after Fico made it clear he was in favour of improving the effectiveness of the Special Court rather than cancelling it.

Court officials were positive about Fico's decision, for all that little was known about what it would mean in practice. "We are naturally pleased with the decision and with PM Fico's opinion regarding the Special Court," Special Court Chief Justice Igor Králik told The Slovak Spectator.

"We are not against expanding the court's powers. On the contrary, we have brought up this topic several times in the past."

Bee in his bonnet

Ever since he became justice minister in July, Harabin has had his mind set on closing down the court, arguing that it was "not in line with the Constitution" and also that it was "non-standard" considering the perks, such as higher wages, enjoyed by Special Court justices.

The ministry's analysis of the operation of the Special Court, which was established over a year ago, argues among other things that the fact Special Court justices are paid more than their peers in regular courts is a form of "highly sophisticated state corruption".

Special Court officials argued that the court was effective and continued to send serious criminals to jail after relatively short trials compared to the regular court system (see related article, at right).

Politicians who helped establish the Special Court, such as former Justice Minister Daniel Lipšic, said that shutting down the court would be a "mafia friendly" step.

Were the Special Court to be closed, many trials, such as of people charged with large scale fraud in the collapse of major pyramid schemes in 2002, would have to be started again in the lower courts, resulting in the release of people now in custody.

After months of uncertainty, however, Fico has finally come down in favour of keeping the court.

Following Smer's national congress on December 9, Fico said that "there are more advantages than disadvantages with regards to keeping the Special Court. My stance on this topic is final.

"We can use Mr. Harabin's proposal for changes [in the operation of the Special Court] rather than for cancellation. Experts must answer these questions. Provided that we make some elementary changes, the court has a right to exist," the PM said.

He would not specify, however, exactly what changes he had in mind.

On a talk show broadcast by the private Markíza TV station on December 10, he said that "being aware of our [limited] political power ... we would not have opened the issue without consulting with the prime minister [first]. At the last Coalition Council meeting it was confirmed that the prime minister was in favour of cancelling the Special Court.

"During a cabinet meeting, he [Fico] also assured the minister [Harabin] that he supported shutting down the Special Court. So [the change of opinion] is a bit unusual," the HZDS chairman said.

Fico denied having promised Mečiar or Harabin that the court would be cancelled.

"The prime minister never clearly stated that he was in favour of closing the Special Court. At the most recent Coalition Council meeting the issue was not even brought up," Fico said through his spokeswoman, Silvia Glendová.

Despite Fico's clear statement, it is still uncertain what form the Special Court will take, and what "improving its effectiveness" will mean in practice.

The SNS, which was also against the Special Court from the start, now says that it can see the court being preserved, but only under certain conditions.

"Provided that the court's agenda is enlarged and that the wage conditions of Special Court judges are evened out [with other judges], the SNS might consider supporting the continued operation of the Special Court," said SNS leader Ján Slota.