THE CABINET put dozens of foreign investment projects on a fast-track approval process in December, giving the green light to billions of crowns in state aid for investors it feared would be disqualified under stricter EU incentives rules due to take effect in 2007. 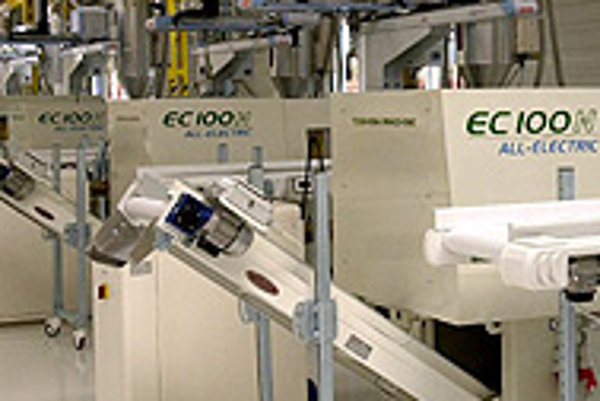 Font size:A-|A+0
THE CABINET put dozens of foreign investment projects on a fast-track approval process in December, giving the green light to billions of crowns in state aid for investors it feared would be disqualified under stricter EU incentives rules due to take effect in 2007.

On December 6, the cabinet approved Sk1.5 billion in air for 10 investors, including Leaf Slovakia of Levice (Sk364 million) and Faurecia Slovakia (Sk297 million).

The government also approved further incentives on December 13 for Kia Motors Slovakia, which plans to invest another Sk8.1 billion into boosting its engine production unit near Žilina. Capacity at the plant should increase from a planned 300,000 to 600,000 engines per year.

In the coming weeks, the government also planned to approve aid packages for suppliers to the existing Sony, Samsung and Kia operations in Slovakia. "This will be the largest package of investment projects that I present to the government," said Economy Minister Ľubomír Jahnátek.

The Economy Ministry hoped to approve Sk32 billion worth of state aid by the end of the year for investment projects that will create 12,000 new jobs. The state stimuli, most of which will be issued in the form of tax breaks, could make up 20 percent of each direct foreign investment.

The reason for the rush is that the new European Commission guidelines for regional investment aid for the 2007-2013 period could significantly hurt the chances of some large investment projects of obtaining state aid.

The new EC criteria would also require the re-examination of projects that are currently in the evaluation phase, which in some cases might result in those projects being disqualified from receiving state aid.

According to the Economy Ministry, many investors would see this as a bad sign because it would mean yet another change in conditions and more delays in the approval process for state aid.

"There are some 40 projects lined up for approval... if we don't approve them by the end of 2006, the new [stricter] rules that the EC is bringing into force as of January 1, 2007 eliminate some investors," said Jahnátek.

"The [new EC] rules for the approval of state aid require a time framework of 12 to 18 months, and this is not realistic," he added.

The new measures allow the government to approve state aid without the European Commission's approval, under a "block exemption" that has been pre-approved by the EC.

The simplified procedures for incentives approval have helped to strengthen the trust of investors in the new Fico government and its promises that it does not want to damage Slovakia's business environment.

"Judging by the behaviour of the financial market during the second half of the year, the investment community appears to have been reassured on the score of [economic] continuity," Zdeno Štefanides, chief analyst with VÚB, told The Slovak Spectator.

"After an earlier hesitation, risk premiums on the local bond market have now fallen to levels that were prevalent during the latter part of the previous government's term, while the Slovak crown is steadily reaching new all-time highs."

"The cabinet has not taken any measures in legislation that would significantly discourage investors," agreed Juraj Valachy of Tatra banka.

"In fact, we are still an attractive country for investors from the point of view of labour costs and education. The current cabinet has mainly initiated changes in the social sphere, which so far have not impacted investors' interest in Slovakia."

As of January 1, 2007, Romania and Bulgaria will join the EU, and will provide significant competition for Slovakia in the field of foreign investment, mainly in regards to cost. Changes the Fico government has announced for the social sphere, such as raising the minimum wage and changing the Labour Code to provide greater worker protections, are expected to play a greater role in the decisions of foreign investors.