President Ivan Gašparovič played it safe this year during his 2007 New Year speech, preferring platitudes about the family to addressing the issues facing the country under the new Robert Fico government. 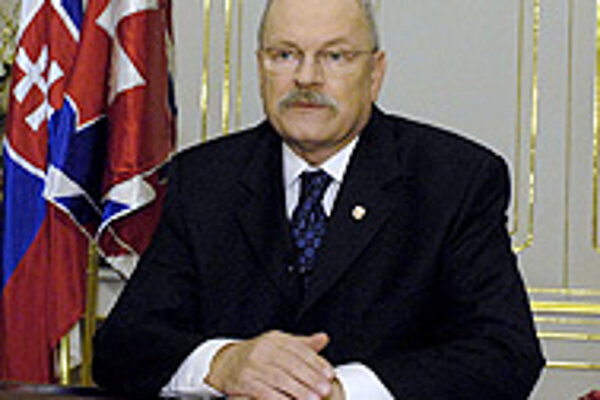 Font size:A-|A+
President Ivan Gašparovič played it safe this year during his 2007 New Year speech, preferring platitudes about the family to addressing the issues facing the country under the new Robert Fico government.

During the 10-minute address on January 1, in contrast to both his recent address to parliament and his last year's New Year speech, he made almost no mention of Slovakia's politics, social situation or overall direction.

"I am going to disappoint everyone who expected a speech full of politics and controversy", Gašparovič began.

Instead, he chose to speak about the family and its relationship to the state. "We created the state in order to serve us", he said. "It is said that as the state goes, so goes the family."

Most politicians, when questioned by the Sme daily regarding the speech, admitted that they hadn't even listened to it. Chairman Ján Slota of the ruling coalition Slovak National Party (SNS) said that at the time he was engaged in administrative duties, while Deputy Prime Minister Dušan Čaplovič of the Smer party said he had forgotten to listen. Even Deputy Speaker of Parliament Miroslav Číž confessed that he hadn't heard it. Only one of the nine opposition MPs questioned by Sme reported hearing what the president had to say.

Most of those who did take the time to listen to the president said they were not impressed. Chairman Béla Bugár of the opposition Hungarian Coalition Party complained that Gašparovič had not addressed the situation of minorities, although he said the speech wasn't as bad as he had expected.

Milan Urbáni, deputy chairman of the ruling coalition Movement for a Democratic Slovakia (HZDS) party, called it "dull", while political scientist Miroslav Kusý said that the speech was full of clichés "about nothing".

Kusý saw Gašparovič's failure to comment on the country's political and social situation as proof that he supports the current government.

"He avoided [speaking about] all the issues. Under [former PM] Dzurinda, he had a thousand reservations and was always criticizing the government. Now he's acting like there's nothing to talk about, as if politics were something passé for him and so he's just going to talk about the family," Kusý said.

Gašparovič was supported in his campaign for the presidency in 2004 by the ruling Smer party, and helped found the HZDS in 1991.

Nonetheless, not all reactions were negative. According to TASR, PM Robert Fico commented that it was an appropriate if standard address by a statesman, while MP Rafael Rafaj of the SNS thought the president's speech was both original and interesting.

"He spoke in general terms, but addressed details at the same time," Rafaj said.

The SNS and the non-parliamentary Movement for Democracy founded by Gašparovič in 2002 are now in talks on merging.