Coalition squabbles seen as unlikely to bring down government

AN ONGOING power struggle between the strongest ruling party, Smer, and its junior coalition partner, the Movement for a Democratic Slovakia (HZDS) of Vladimír Mečiar, flared up again during the last few weeks of 2006 over nominations to state posts. But while the conflict between the two parties will probably continue to affect Slovak politics in 2007, there is now widespread agreement that the ruling coalition is in little danger of breaking up. 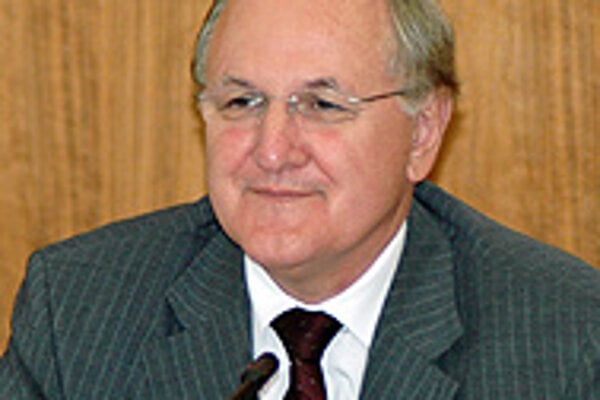 Font size:A-|A+
AN ONGOING power struggle between the strongest ruling party, Smer, and its junior coalition partner, the Movement for a Democratic Slovakia (HZDS) of Vladimír Mečiar, flared up again during the last few weeks of 2006 over nominations to state posts. But while the conflict between the two parties will probably continue to affect Slovak politics in 2007, there is now widespread agreement that the ruling coalition is in little danger of breaking up.

The HZDS complained publicly of the situation within the ruling coalition at the end of December, and even suggested that Smer was attempting to build bridges to the opposition Christian Democratic Movement (KDH) as a possible replacement in the coalition for the HZDS.

The party claimed it suspected that Smer's decision not to abolish the Special Court for organized crime cases, which the KDH helped found but the HZDS strongly opposes, was an example of such political flirtation. It also objected to public criticism of the HZDS by a senior Smer official.

"All we can do is trust that the simultaneous criticism of the HZDS by KDH and Smer representatives is just a coincidence," said HZDS MP Ján Kovarčík.

In an interview with the news server aktualne.sk on December 27, Deputy PM Dušan Čaplovič, Smer's deputy chairman, singled out Mečiar as a problem for the coalition.

"His actions are unpredictable. If you want to accomplish anything in politics, you need to have peace and calm. I get nervous hearing these shouts from the side. Sometimes it seems like it's Mečiar's favourite sport. I think there are more important things [to do] than securing positions of power for people who are under him," Čaplovič said, referring to the HZDS' tenacious support in the past for candidates to state posts that were opposed by Smer.

"The HZDS chairman has always tended to be a destructive politician who enjoys backstage games. The fate of this coalition also depends on the behaviour of Vladimír Mečiar," Čaplovič said.

When asked whether Smer could imagine completing its term in power with the support of the KDH, the deputy PM replied that "the public is very sensitive to power changes during the course of an election term. But if we had to deal with the issue, I'd say we have the most "agenda intersections" with the KDH".

Points or agreement between the two parties could be the elimination of regional disparities in Slovakia, the rule of law, the fight against corruption, and social security "in line with Christian teaching", Čaplovič said.

SNS Chairman Ján Slota said that everyone was on best terms in the coalition, and said he believed the HZDS was exaggerating the situation.

"I personally think that the HZDS chairman sometimes slightly over-blows some issues in the media, but that's his own business," said Slota, adding that it seemed as if Mečiar was sometimes "trying to break down a door that is wide open".

"The will to rule is so strong [in the coalition] that any problems will be pushed into the background by the craving for power," Hrušovský said in an interview with the TASR news agency on December 26.

Possible cooperation between Smer and KDH also remains unlikely due to the opposition of several influential KDH members to the prospect. After the June 2006 general elections these officials rejected Fico's offer to join a coalition government with the SNS and Smer.

"I see the possibility of a government of Smer and KDH as absolutely unrealistic. With the arrival of Fico, communism made its last grand entrance [to Slovakia]," said KDH MP František Mikloško.