Hugh Montgomery, chairman of the World Trade Centers Association and former director of the Andry Montgomery Group exhibition consulting company, spoke on the role of trade fairs in today's world during his short visit to the Slovak Republic. 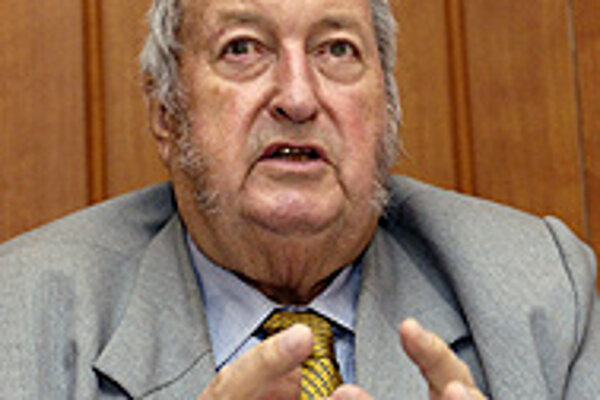 Font size:A-|A+
Hugh Montgomery, chairman of the World Trade Centers Association and former director of the Andry Montgomery Group exhibition consulting company, spoke on the role of trade fairs in today's world during his short visit to the Slovak Republic.

The Slovak Spectator (TSS): How effective would you say exhibitions are as marketing tools?

Hugh Montgomery (HM): It's interesting, but I would say that exhibitions are more important today than they've been in the past 50 years. The Internet today is a big part of people's lives, and with a computer or mobile phone they are able to get everything that they need. But the more they use it, the more they realise that it's not enough - they don't always get the quality or quantity that they expected, and they can't get answers to their questions because there's nobody to ask.

TSS: Do you think exhibitions can still play a role, even in the age of the Internet?

HM: The wonderful thing about an exhibition is that it's the only environment that makes personal meetings and conversations between buyers and sellers possible. There are many examples where somebody has bought something over the Internet and afterwards felt dissatisfied or cheated, as a result of which the seller has to admit the error and return their money. But sooner or later something happens that's so bad that it seriously shakes that person's trust in this method of shopping.

People know that when they go to make an important purchase they need to see the product, ask about it, touch it. It's only at an exhibition that a customer can be assured that he's getting what he wants. And I think this need for assurance is becoming increasingly important. Exhibitions have great potential because they're the only setting that uses all the senses. Television only engages the eyes; radio, only the ears; text, only the eyes. There's no smell, taste, or touch. But at an exhibition, you have all that. And there's also the sixth sense - instinct. Would I feel comfortable buying from this person?

TSS: What are the current global trends in the organisation of exhibitions?

HM: The most important trend is one that everybody talks about but nobody does a good job of putting into practice - organising an exhibition that is pleasant, comfortable, and responsive to visitors' needs. It's important that people come with an open mind. They shouldn't always have their mobile in their hand and at the same time try to pay attention to the exhibition. Visitors should be able to feel relaxed and comfortable. It shouldn't be too hot, too cold, or too dry. There should be a neutral area where visitors can go to sit down, make notes, and speak with other people.

TSS: What should organisers put greater stress on?

HM: I think that exhibition organisers should be sure there's enough room for people to sit down, relax, and talk to other visitors. After all, the most important follow-up that can be hoped for is word-of-mouth advertising: "I saw this or that at the exhibition and I think you would have liked it too..." It's important to keep this in mind because attendees see everything with their own eyes and they're not going recommend something that they wouldn't trust themselves.

TSS: What countries are popular locations in the world exhibition business?

HM: The best countries are those that have a good infrastructure - a good airport, good hotels, good entertainment possibilities, good public transport, and a pleasant atmosphere. Language isn't an issue. Singapore is a good example; it's well located, can handle a lot of people, and has a good reputation when it comes to organising world events, which is very important. Then there are those countries that people are happy to go to even though the infrastructure isn't so good, such as India. It's not possible to organise an exhibition in Bombay, but it can be done in Delhi, where there are fewer people. So there's an imbalance between the needs of visitors and what the location can offer.

Key world markets include Brazil, Russia, India, and China, due to the size of their populations, their level of education, and their well-managed marketing sector. After that there are cities that people like visiting. Everybody wants to go to New York City for the shopping, entertainment, and the opportunities that it offers. Everybody wants to go to Paris because of the history.

TSS: How about Bratislava? Do you think it has anything to offer?

TSS: What influence does globalisation have on the world exhibition market?

HM: The coming of globalisation means that there's a bigger market, but people need to travel in order to take advantage of it. I don't know if the number of people who travel to exhibitions will increase in the future. Travelling is getting ever more difficult with stricter checks and limitations on airplanes and at borders. Exhibitions are an ideal opportunity to present one's products, but I think that the number of foreign visitors and exhibitors will be determined by how long it would take them to get to the exhibition. Five hours in a car isn't the same as five hours on a plane. I don't want to sound pessimistic, but I think that globalisation will be slowing down due to these limitations.

TSS: Does the market have an effect on how exhibitions are organised today?

HM:Yes. The exhibition sector is changing in many parts of the world because the market there is changing. Exhibitions have changed in a fundamental way; these days they're also being used to sell intangible products. It's no longer enough just to compare technical specifications; we now want to discuss the various advantages and disadvantages of, for example, two different software packages. We've got to learn how to better identify the visitors that we want to address. There needs to be a better understanding between organisers, vendors, and visitors, and I hope that globalisation will help make this a reality.