THE RULING coalition was keeping the name of its chosen candidate for the head of the Nation's Memory Institute (ÚPN) a secret ahead of the scheduled January 15 ballot in parliament, but the Czech and Slovak press sounded the alarm at the possibility that a far-right historian might be elected. 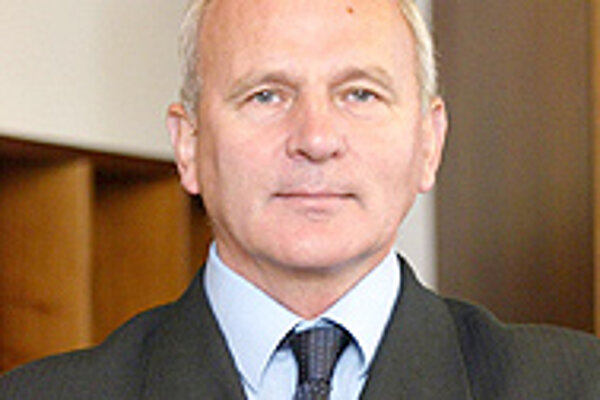 Font size:A-|A+
THE RULING coalition was keeping the name of its chosen candidate for the head of the Nation's Memory Institute (ÚPN) a secret ahead of the scheduled January 15 ballot in parliament, but the Czech and Slovak press sounded the alarm at the possibility that a far-right historian might be elected.

Ján Slota, the chairman of the ruling Slovak National Party (SNS), brought the names of three possible candidates to a meeting of ruling coalition leaders on Jánuary 8. The leaders refused to make their choice public, but after the meeting, Vladimír Mečiar, leader of the ruling Movement for a Democratic Slovakia (HZDS), said that out of the three possibilities, only one "has a real chance".

The Czech newswire ČTK reported the same day that Peter Mulík was the most likely candidate due Slota's statement on January 7 that one candidate is from Matica Slovenská. Mulík is a writer and historian with Matica Slovenská, an institution set up to promote Slovak history and culture and which also approves of the Second World War Slovak state that was led by President Jozef Tiso, a Catholic priest.

When asked by ČTK if he was in the running, Mulík refused to confirm or deny his nomination. However, on January 11 Slota called a press conference to announce that his party had "never considered" nominating Mulík, and instead was forwarding another historian from Matica, one who was "young and untarnished by the past".

"I declare that our nominee will be elected and will become chairman of the ÚPN," the far-right leader said.

The ÚPN is a public institution that is responsible for publishing data and files related to crimes committed by the state during communism from 1948-1989, as well as during Slovakia's time under a Nazi puppet regime from 1939-1945. The choice of ÚPN director is crucial because the post gives its holder the last word on what information is published; it is thus important that the new director be a supporter of neither of Slovakia's former totalitarian regimes.

The proposal of a Matica Slovenská member as the new head of the ÚPN drew criticism from Jewish groups, civil society representatives and historians. Jaroslav Franek, spokesman for the Slovak Jewish community, called the nomination "another insult to the idea that Slovak history will be uncovered and written in an independent manner".

Franek reported being 'shocked' the idea that Mulík might be a nominee, and told the Sme daily that the historian was a firm defender of the wartime Slovak state that was responsible for deporting around 70,000 Jews and Roma to Nazi death camps.

Leading Slovak historian Dušan Kováč also said that he has doubts that someone like Mulík would be capable of maintaining an objective view of the Slovak Tiso-led WWII state. "And that is one of the conditions that the director has to meet to successfully fulfill his function [as ÚPN head]," Kováč said.

The institute has been without a leader since the death of its former head, Ján Langoš, a communist-era dissident and academic, in a car accident last June. Since that time, six candidates have been advanced for the post, but all have been rejected for various reasons.

At the time The Slovak Spectator went to print, three other candidates had applied to the parliamentary Human Rights Committee for the position of ÚPN head - Ján Vojtek, Pavol Vido, and František Mikloško. The deadline for the submission of applications was January 15.

Mikloško, an MP from the Christian Democratic Movement (KDH) and a former dissident, is considered by many to be an ideal candidate for the position, given his 20-year career in politics and the fact he has never been publicly linked to any scandals or wrongdoing.

At the beginning of January, Deputy Prime Minister Dušan Čaplovič of Smer had said that he would not have a problem supporting Mikloško as the head of the ÚPN, while Slota had also expressed his support. "He fulfils the criteria that we've set out for the head of the ÚPN. He has a Christian orientation and was involved in the anti-communist resistance. There's a good possibility that we'll announce our support for him," the SNS boss said.

However, on January 8 the leaders of the ruling coalition announced they had decided not to support him. "Mr. Mikloško is a parliamentary mascot, and a mascot he should remain," said Prime Minister Robert Fico.

Parliament was scheduled to vote for the new head of the ÚPN by secret ballot on January 15.