Labour Code to give power to employees

The business community is awaiting the Fico government's labour law reform with foreboding, having already been told that the rights of workers and of organized labour will be strengthened. The Slovak Spectator discussed the changes, planned for the spring of 2007, with Deputy Labour Minister Emília Kršíková, who is heading up the Labour Ministry team rewriting the legislation. 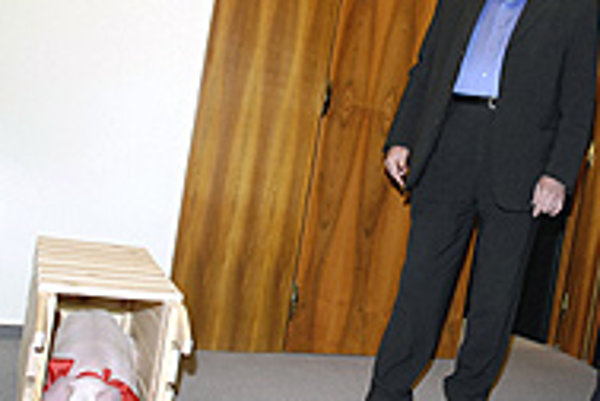 Font size:A-|A+0
The business community is awaiting the Fico government's labour law reform with foreboding, having already been told that the rights of workers and of organized labour will be strengthened. The Slovak Spectator discussed the changes, planned for the spring of 2007, with Deputy Labour Minister Emília Kršíková, who is heading up the Labour Ministry team rewriting the legislation.

Kršíková, 54, says that Slovak labour legislation is exceedingly liberal, and that the government aims to bring it back into line with European norms by strengthening the position of workers. However, she adds, the government has no intention of making the labour market inflexible, and will preserve those institutions which allow employers to address occasional or irregular work needs.

The Slovak Spectator (TSS): What is your view of Slovakia's current labour legislation?

Emília Kršíková (EK):The Labour Code is only one of the laws that govern the conditions of employment. There is also the Collective Bargaining Act, which we regard as very important, the Employment Services Act, the Social Fund Act, the Occupational Health and Safety Act, and the Work Inspection Act, which provides for supervision of the observance of work regulations.

But the Labour Code is the basic general legal prescript in the field of labour legislation. It is interesting that the World Bank itself evaluated the current Labour Code as one of the most liberal codes, if not the most liberal, within the European Union and even globally. So let me say at the outset that our Labour Code was liberalized in a fundamental way [under the previous Dzurinda administration].

The role of labour law is to set the conditions for work and employment mainly through employment contracts, where it is a question of dependent labour. When we are speaking of dependent labour, we have to realize that the employee will never be an equal partner for the employer, because the latter owns the means of production, sets the tone, provides the work, issues instructions, and it is for the employer's benefit that the work is done. Labour law exists in order that employers and employees should be partially balanced.

Given that this behaviour is increasing, it is the role of the state to intervene in industrial relations and to amend these relations to secure normal work conditions. That's our aim in amending the Labour Code.

TSS: Apart from the example you mentioned, where else to you see elements of liberalism in the Labour Code?

EK: Many employers are ceasing to employ people on the basis of labour contracts, and instead are employing them through commercial relationships. For example, they are requiring their employees to acquire a živnosť [self employment license], and then to sign commercial contracts that have all of the elements of dependent labour, such as a boss, set hours of work, and a defined workplace. We want to stop this by making the definition of dependent labour more explicit and requiring employers to ensure that their main operations occur through the means of labour contracts, not commercial relationships. Because in such arrangements, workers have no protection, and for example on construction sites they have to look after their own safety. If they get hurt, it's not regarded as a workplace injury, and so the employee has no right to welfare, and can only get compensation in a civil suit.

Then we have temporary work contracts. The Labour Code in theory allows an employee to be employed their entire lives on a series of temporary work contracts. In such situations, employees are in a situation of great legal uncertainty, because they never know if their contracts are going to be extended, and they are on shaky ground in trying to demand their rights. Nor can such employees take loans, because banks always want to test the future solvency of their clients, and when they see they have a temporary contract, they aren't willing to issue a loan. We don't want to completely abolish temporary work contracts, but we want to give them some time boundaries in keeping with EU directives. European employment culture is the direction we want to go in.

Nor do we want to abolish hiring employees as temp workers, because it is a very flexible form of employment. We just want employees who are employed on this basis to have the same security and conditions as full-time employees.

TSS: What about the length of the work week?

EK: We are governed by the EC directive setting the work week at 48 hours. However, we are going to hold talks with the unions as to whether employees who have more than one job will have their total working time added up. The unions want the maximum work week to be a cumulative figure.

We greatly respect the social partnership, and we renewed the tripartite [a dialogue between government, employers and labour] as the forum for debating and formulating social and labour legislation. We will consult all of the changes we are preparing with our social partners.

We also don't want to completely abolish part-time contracts, because again it is a flexible form of employment. Even though it is not in frequent use in more mature economies, here people still take second and third jobs to make ends meet. According to the Labour Code, part-time contracts are for less than 20 hours a week, and employees have no protection at all, and can be fired at any time for any reason. That's the most serious problem. We want to protect these employees so that they can't be fired for no reason, which is against International Labour Organization rules.

We are also considering some form of more flexible employment for small businesses and trades-people with two or three employees, allowing them to hire people part-time for up to 15 hours a week.

We want to restore the institution of the contract on work activities [dohoda o pracovnej činnosti], which used to be in the Labour Code, and which we regard as a very flexible form of employment, as it covers temporary and irregular extra work that is above and beyond the major work activity of employees.

Very often, the media stir up the fear that in changing the Labour Code we will make the labour market inflexible or complicate the lives of investors and entrepreneurs. I can assure you that this is absolutely not true. We are just following EU trends, where the term "flexicurity" is now in vogue. This means a combination of labour market flexibility and security for employees, not just in terms of work conditions and social compensation but above all of active labour policy like education to increase labour mobility.

We are also going to amend the Collective Bargaining Act to extend the binding nature of collective agreements to other employers, which is known as "extension". Currently, if a higher-level collective agreement is signed in a certain sector, these agreements specify which employers they apply to, which is never all of the companies in the given sector. These employers [who do not recognize the agreement] gain a competitive advantage over those companies that practice a more favourable social policy. To combat this, in Europe and elsewhere in the world there is an institution known as "extension" that allows the ministry to extend the applicability of the collective agreement to other employers than those that were part of the collective bargaining process.

Under the current Labour Code, however, the extension provision is subject to approval by the employer concerned. It goes without saying that not one of these employers will ever agree. So we want to get rid of the provision which says the employer has to agree.

TSS: After the recent mine cave-in that killed four miners, PM Robert Fico said he wanted to anchor a provision in the new Code allowing union reps to shut down an unsafe work site. Will this also be a part of the changes?

We currently have a system where employees can warn the Inspectorate of a dangerous situation, but if the inspectors themselves prove inadequate, we could consider going to such an extreme as allowing a union rep to stop work in a dangerous situation. But we would have to deal with this very sensitively. My own view is that employers and unions are social partners, and neither should interfere with the activities of the other.

TSS: Given that Slovakia is still near the bottom in the EU in terms of unemployment, do you think the country can afford further labour market restrictions?

EK: At the moment we have 9.27 percent unemployment nationwide, but there is a whole region in south and east Slovakia where there is over 20 percent joblessness, and where there are no investors or employers, and where we have to solve the problem of long-term unemployment and social inclusion. The reason investors are avoiding eastern Slovakia is not because the labour is more expensive there, but because of the lack of infrastructure, and the fact that the long-term unemployed there are in a kind of lethargy that we have to wake them from. There are groups of people we have to return to the fundamentals so they are capable of getting a job. We have to start with simple projects and get them to realize that every day they have to get up and perform their basic hygiene, and direct their daily energy towards some kind of activity. Some groups of people have simply lost the habit of work, and we have to renew it.

Our goal is to ensure the highest possible level of employment. But social dumping is not the best way to secure the competitiveness of the Slovak economy. Flexicurity is a better way.