A LUCRATIVE housing development project in the village of Rusovce near Bratislava, in which Prime Minister Robert Fico once had a 51 percent stake, is set to go ahead this year. 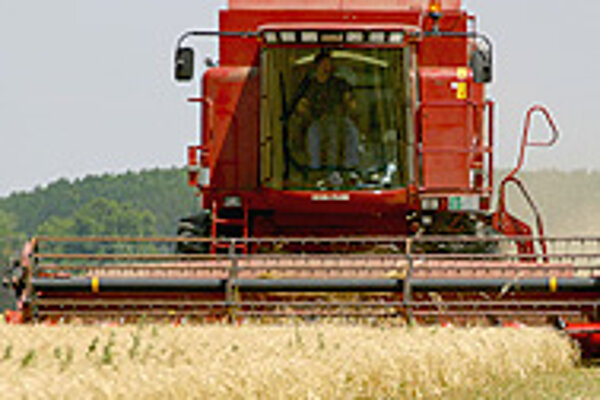 Font size:A-|A+
A LUCRATIVE housing development project in the village of Rusovce near Bratislava, in which Prime Minister Robert Fico once had a 51 percent stake, is set to go ahead this year.

According to Rusovce Mayor Dušan Antoš, the RF Development firm in which Fico's wife, Svetlana, is still chairperson of the supervisory board, convinced the local council last year to approve a change in the local zoning plan to make way for a project involving the construction of about 150 flats and an undetermined number of houses.

Given that RF Development has now accepted the municipality's demands, including for the construction of sport and recreational facilities, the issue of planning permission for the project is "a mere formality", Antoš said for the Plus 7 Dní weekly magazine.

"We are now performing an urbanization study that will form the basis for the issue of planning permission," he said. "In the front, by the road, there will be a low-rise apartment building, while behind that there will be row housing, and finally building lots for houses. We project that preparing the ground for building to begin will cost about Sk100 million."

Fico issued a statement on January 11 denying that he owned a stake in the project or in any other business enterprise.

In October 2003, as a regular MP and chairman of the then-opposition Smer party, Fico appeared in Rusovce at a public meeting to promote the company's original housing project, which called for the construction of around 2,000 apartments in tenement-style buildings on land owned by the Dunaj agricultural cooperative in the Nová Farma district. The land currently contains horse stables.

The firm, which needed the approval of Rusovce citizens for a change in the local zoning plan, distributed leaflets promising to pay each family Sk100,000 from the profits on the sale of the flats in return for their approval of the project. It also vowed to pay Sk82 million to the village for the reconstruction of sewers and roads.

However, at the time, over two-thirds of people attending the public meeting rejected the project, while Mayor Antoš said the construction of 2,000 flats would endanger the lifestyle that Rusovce's 2,000 inhabitants had become accustomed to.

"It would be like selling out Rusovce and our relative peace and quiet," he said.

Fico was also criticized at the time by his political opponents for acting unethically and using his public station to promote a private project. Fico responded in a public statement that he had attended the meeting at the invitation of the mayor to answer residents' questions, and said that "the project has nothing to do with state or public finances".

"I am a lawyer and housing policy is close to my heart," he said as reported in the Nový Čas tabloid daily. "The aim of the company is to build standard flats for reasonable prices."

"If someone sets up a company, owns a majority in it, helps to prepare its business plan, and takes a personal role in seeing it carried out, then he is an entrepreneur," wrote Marián Leško, a commentator with the Sme daily. "This is not an attack or an invention but a fact that is in strict conflict with the letter of the law on conflict of interest. Someone with business interests like Fico thereby has a private interest that disqualifies him as a politician helping to decide matters in the public interest."

The Rusovce council rejected the developer's plan in March 2004 by a vote of 5 to 4 with 2 abstentions. Fico said: "Every municipality has to decide whether it wants a significant construction company. In this case it was a matter of the representatives of the company. In view of the law on the conflict of interest I cannot get involved, nor did I get involved."

According to Rusovce councilor Jozef Mallinerits, "Fico stopped his involvement with Rusovce after the [September 2003] public meeting."

Fico also said after the rejection of RF Development's plan in March 2004 that he was closing the company. "It was founded exclusively for the purposes of the Rusovce project, so everything has finished [with the rejection]. And I don't see any reason why I should be involved in any discussion on this topic."

However, the company continued to submit new business plans for the project, with the number of flats falling from 2,000 to 1,000 and then to 300-400. Finally, last year, the project with 150 flats was approved by council.

RF Development currently has a basic capital of Sk1 million.