The institution of "squeeze-out" (Slovak legal terminology recognises this term as "the right of buy-out") was introduced into Slovak law as of January 1 this year, and offers a new possibility for buying out minority shareholders in accordance with EC Directive 2004/25/EC on takeover bids. 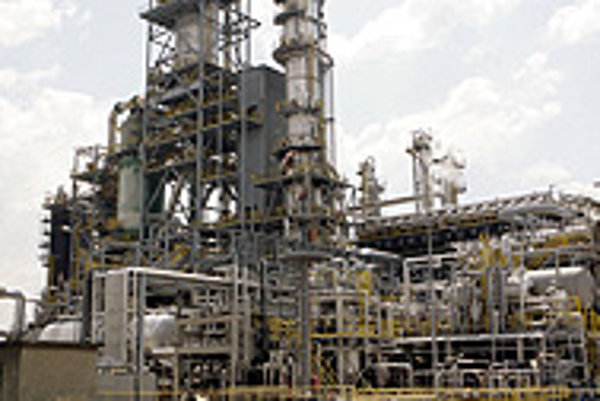 Font size:A-|A+0
The institution of "squeeze-out" (Slovak legal terminology recognises this term as "the right of buy-out") was introduced into Slovak law as of January 1 this year, and offers a new possibility for buying out minority shareholders in accordance with EC Directive 2004/25/EC on takeover bids.

The right to buy-out minority shareholders may very soon affect joint-stock companies that are burdened by a fragmented ownership structure, as a result for example of the first wave of voucher privatization in the early 1990s. Examples of such companies include certain banks (VÚB, OTP Banka) and important domestic corporations (the Slovnaft refinery). The squeeze-out may help to improve and simplify administration of the target company in the future, especially when convening, organising and making decisions at general meetings of shareholders.

The squeeze-out in the Slovak Republic applies only to companies with listed shares, and only if the following conditions are met:

* The majority shareholder has carried out a mandatory or voluntary takeover bid announced after January 1, 2007, and this bid (i) has not been a partial bid (i.e. it has not applied solely to a part of the remaining shares held by minority shareholders), and (ii) has not been conditional (i.e. the maker of the offer has not committed to buy the shares only if his offer is accepted for a certain minimum number of shares);

The majority shareholder who intends to make use of the right of squeeze-out shall declare this intention and provide proof of the circumstances under which this right arose to the target company, the National Bank of Slovakia (NBS) and all remaining shareholders without delay. The right of squeeze-out shall be effective towards the respective minority shareholders only once the approval of NBS is granted. The NBS may only grant its approval if all the conditions for a squeeze-out have been met.

The minority shareholders must be granted adequate compensation (a fair price) for their shares. This compensation may take the form of money, securities or a combination of the two. If the maker of the offer offers securities as compensation, he must also offer a cash alternative.

The criteria for what constitutes a fair price are minimum criteria. Compensation shall be regarded as adequate if it equals at least one of the following amounts:

c) The compensation which shall be determined according to the rules applicable to mandatory takeover bids; however, if an expert appraisal is to be used, it may not be older than three months before the date when it was published that the maker of the offer will exercise his right of squeeze-out.

Minority shareholders may always request that the maker of the offer provide an expert appraisal, in order to verify the adequacy of the compensation offered.

The adequacy of the compensation offered may be examined by a court if requested by a minority shareholder. The request for examination is to be submitted without undue delay, and no later than one month after the submission of the proposed agreement on the share purchase to the minority shareholder.

However, the new regulation has also raised several questions, such as whether it violates the Constitution, given that the squeeze-out may consist of a de facto expropriation of the assets of minority shareholders. It is therefore vital for minority shareholders that adequate mechanisms be established to review the conditions for exercising the right of squeeze-out, as well as the adequacy of any compensation proposed.

Rastislav Kuklis is an attorney with the Weinhold Legal law office in Bratislava.