ANY FOREIGNER living in Slovakia quickly learns that Slovaks may joke a lot about alcohol - I've heard drinking shots referred to as "Slovak handball" - but actually take great pride in their regional concoctions and centuries-old drinking traditions. 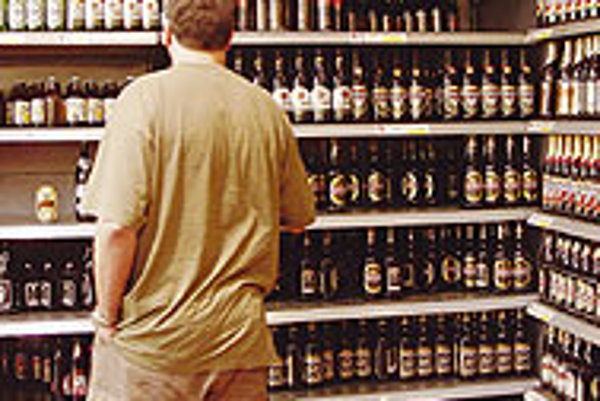 Font size:A-|A+
ANY FOREIGNER living in Slovakia quickly learns that Slovaks may joke a lot about alcohol - I've heard drinking shots referred to as "Slovak handball" - but actually take great pride in their regional concoctions and centuries-old drinking traditions. Nothing fires up a class of lethargic English students more than talking about it, and few gifts here so eloquently express the transition from acquaintance to friend than a bottle of homemade moonshine.

Therefore, knowing which alcohols or brands are traditionally Slovak, what role they play on special occasions, and adopting a general respect for alcohol's position in Slovak society is essential if you want to fit in and not seem ethnocentric.

One of the first, and perhaps most counterintuitive, steps toward this shift in perspective will be to separate alcohol and morality. In many US families, seeing a family member chug glasses of whiskey at dinner would elicit anger and concern for their character. Even television and films reflect these values by often portraying bars and clubs as dark and grimy breeding grounds for sleazy losers and criminals.

But for Slovaks, drinking is purely a social activity. Preferences of beer and fruit distillates is an appropriate topic of conversation in almost any setting, including in the presence of children, and friends go to a pub not necessarily for the freedom to misbehave, but simply to avoid the mess and noise of a party at someone's apartment.

It's true that this outlook could partly be the reason why, according to a recent survey of Slovak 15- and 16-year-olds, 35 percent of boys and 40 percent of girls have gotten drunk at least once in their lives, but whether that's viewed as a social issue or a moral issue is the important distinction.

Once you do decide to go to a Slovak pub, keep in mind that it is a nice gesture to start by selecting one of Slovakia's delicious bottled (flaškové) or draft (čapované) beers, such as Šariš or Zlatý Bažant. From there, if you wish, move on to Czech beers, such as Pilsner Urquell and Staropramen, which are also very popular.

Most beers served in Slovak pubs range in alcohol volume from 3.7 percent to 4.4 percent, which is comparable to that in the United States, so don't be fooled into thinking those chalkboards at the pub that show 10 or 12 degrees next to a beer's name are listing its alcohol volume. Those are actually Plato units, which measure density. A beer of 10 Plato units has around 4 percent alcohol volume, while one of 12 units contains around 5 percent.

If you're glad the alcohol volume in Slovakia isn't much higher than what you might be used to, then great, but even if you're disappointed, don't worry. The legal drinking age in Slovakia is 18, but only police officers are allowed to ask for your identification. Since police officers would be fired if found in a pub, no one is ever carded. Also, unlike in the United States, bars and restaurants bear no legal responsibility for letting you leave drunk, even if you drop your car keys ten times while stumbling toward the door. So, if you keep asking, they'll keep serving.

Alcohol practices change a bit when you're invited to dinner at someone's house. According to one Slovak proverb, "a guest in the home is like a God (or "royalty", depending on the version) in the home", so finer liquors of more personal value, such as fruit brandy, distillates or wine, are usually served.

The hard alcohols you'll most likely be offered are slivovica (plum brandy), which is 40-50 percent alcohol volume; Becherovka, a 38 percent herbal liquor from the Czech Republic that's flavored with anise seeds and cinnamon; and borovička, a juniper brandy similar to gin, that ranges from 36-52 percent. Slovaks not only rave about the taste of all three but swear by their medicinal value in curing stomach ailments and infection.

Barring extraordinary circumstances, guests should accept the first offer of slivovica. Then wait for everyone to have a glass, raise it and say na zdravie (to your health) as you toast each person.

But here's the important part: don't forget to look the person you're toasting straight in the eyes as you say cheers, or, tradition has it, your wishes for them won't come true. Then down the liquor in one single swig.

At this point, opinion differs as to whether a woman visiting a Slovak household could get away with refusing a second shot of slivovica, but the general consensus seems to be any choice she made would be respected. But a man, especially if he's young, would be considered very unsociable for refusing at least a second or third serving.

Once you've reached your limit, though, it's perfectly polite to begin refusing additional servings. Your hosts might continue to ask you or try to fill your cup, sometimes while you've got your back turned, but if you refuse three times, your choice will be accepted.

If you don't think you can bear more than one shot of slivovica, bring a bottle of wine with you as a subtle gift. Affordable, yet respected brands of wine include Frankovka modra and Svätovavrinecké (St. Lawrence) for red and Rulandské Biele (Pinot Blanc) for white.

As usual, the label will show whether the wine is suché (dry), sladké (sweet) or polosuché (half dry).

While you and your hosts or guests are enjoying what was surely a great meal and (literally) heartwarming varieties of liquor, entertain them with this story about how alcohol is so good for your health, it can save your life:

According to a January 2005 article on the British news website The Register, a Slovak man named Richard Kráľ got trapped in an avalanche while driving home from a holiday in the High Tatras. At first, he tried to dig himself out, but when that didn't work, he got the idea to drink the 60 half-litre bottles of beer he had stocked up on and urinate his way through the snow.

So he scooped the snow from above and packed it below the window, then urinated to melt it. Four days later, he was discovered staggering drunk on a path near where the avalanche had occurred.

Kráľ reportedly said drinking all that beer had hurt his liver and kidneys, but that he felt lucky he had taken it all, and happy it had been put to good use.

Foreign Affairs is a regular column devoted to helping expats and foreigners navigate the thrills and spills of life in Slovakia. Please send suggestions or comments to stefan.hogan@spectator.sk.