WHILE THE Foreign Ministry insists that no major change has occurred in Slovakia's foreign policy under the new government, Prime Minister Robert Fico's recent foreign relations initiatives have left the distinct impression that the Government Office has its own ideas on that score. 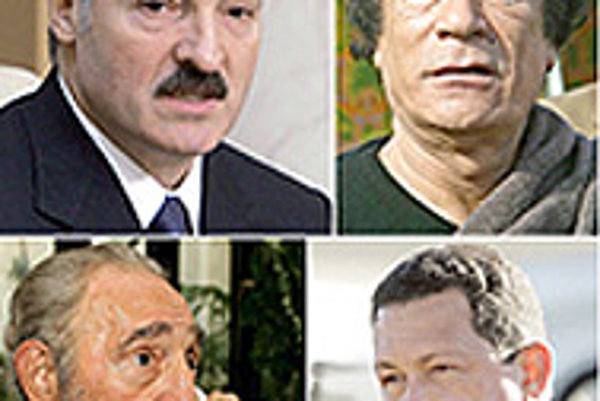 Font size:A-|A+0
WHILE THE Foreign Ministry insists that no major change has occurred in Slovakia's foreign policy under the new government, Prime Minister Robert Fico's recent foreign relations initiatives have left the distinct impression that the Government Office has its own ideas on that score.

On January 11, Fico attended a reception organized by the Cuban Embassy in Bratislava commemorating the 48th anniversary of Fidel Castro's revolution. Although the Government Office argued that Fico tries to attend all state events at embassies that are accredited in Slovakia, former Slovak Foreign Affairs Minister Eduard Kukan said the presence of the Slovak PM at such a reception was "unacceptable" and "damaging for Slovakia's interests".

In addition to the Cuban reception, Fico's planned foreign trips in early 2007, including to Libya, Venezuela and communist China, suggest a change in at least the tone if not the content of Slovakia's foreign policy.

Foreign Minister Ján Kubiš said in an interview on the TA3 news channel that it was business as usual in Slovak foreign policy, although with a possibly greater emphasis on the business end.

"For us the basic [foreign policy] platform is the development of our relations with the US and our other allies in NATO and the EU," he said. "But we also intend to develop much more intensively our contacts and relations with states that are important to us and which we see as possible partners, especially when it comes to business."

Foreign policy analyst Ivo Samson, on the other hand, said that Fico's moves had disturbed continuity on foreign policy.

According to Kukan, Fico's participation in events such as the Cuban reception is "intolerable".

"The admiration [of the Castro dictatorship] that he expressed through his participation brings shame on Slovaks and also lowers us in the eyes of our friends and allies," Kukan said.

Communist Cuba has been criticized for its serious deficits in democracy. Its relations with the EU soured in 2003 when the regime jailed dozens of dissidents.

According to Eliška Sláviková of the Man in Peril NGO in Slovakia, Fico had helped celebrate a regime that "for 48 years has been putting free-thinking people in jail and keeping the rest isolated on the island without giving them the chance to freely choose their political representatives".

Even Fico's coalition partners were surprised by the PM's presence at the Cuban reception. Ján Kovarčík, an MP for the ruling Movement for a Democratic Slovakia (HZDS), said in a TV talk show on January 14 that "I can't say anything positive about Fico's participation at the Cuban reception. I personally wouldn't have gone there."

However, Fico's spokeswoman, Silvia Glendová, said that the Government Office was "unaware of any restrictions from the EU regarding [acceptable] levels of participation at receptions held on the occasion of the Cuban national holiday".

Deputy PM for Human Rights Dušan Čaplovič said that Fico's presence at the Cuban reception had been a diplomatic expression of respect for Cuba as a state. He also said he did not consider Fidel Castro to be a dictator, although he conceded that "certain things in conflict with human rights" took place in Cuba.

Foreign Minister Kubiš refused to comment on Fico's attendance at the Cuba reception, saying "I don't want to directly evaluate the steps of the prime minister" in an interview with the Sme daily published on January 17.

However, the minister said that Fico's scheduled foreign visits, such as to Libya, Venezuela, and China at the beginning of February, had largely economic, rather than ideological reasons.

"I don't want to comment on the Venezuela issue until it is settled," he said, admitting that "today I see no reason [to go there]".

However, he said he supported the Libya visit, and that he would be accompanying Fico to discuss economic issues such as "the development of the African continent, and repayment of Libya's debt [to Slovakia], which is in the millions of dollars.

"We also want to explore investment options for Slovak business in participating in the renewal of the country."

Asked if the past of Libyan leader Muammar Khaddafi weren't a problem, Kubiš said: "It is, but many countries have managed to overcome this problem, and will continue to do so."

Of China, Kubiš said that Fico would be following in the footsteps of former PM Mikuláš Dzurinda, who visited the country in 2005. He added that the ministry had prepared documents that would enable Fico to bring up the issue of human rights in China and the fate of five Bulgarian nurses sentenced to death in Libya.

He said that Slovak foreign policy should not be seen as confined to countries like Libya, Venezuela, China or Cuba.

"It would certainly be a mistake if those were the only countries with which we maintained close contacts, but Prime Minister Fico has also already visited Italy, Belgium, Ireland, Portugal, Poland and the Czech Republic.

Asked whether Washington was concerned by Fico's recent foreign policy initiatives, US Embassy spokesman Keith Hughes said: "Slovakia has earned an excellent reputation for supporting democratization and respect for human rights abroad and for contributing to international stability. We are waiting to see if recent developments signal any change in that approach.

"We trust that any government initiatives will be used to positive effect, for example, whether it is the most sensitive current issue in EU-Libyan relations, support for such fundamental liberties as freedom of speech, press and worship in Cuba, or other issues of mutual concern."

- As an opposition leader, Robert Fico visited Belarus in 2003 and met with Belarus dictator Alexander Lukashenko;

- In June 2005, Fico attended a reception held in Bratislava by the Belarus Embassy on the occasion of the Belarussian independence day;

- PM Fico's ruling Smer party was suspended in October 2006 by the Party of European Socialists for cooperating with the far-right Slovak National Party;

- When Belarus opposition leader Alexander Milinkievich visited Slovakia at the end of 2006, he was not received by Fico or any of Slovakia's top officials;

- Fico attended a Cuban reception on the occasion of Fidel Castro's revolution on January 11, 2007;

- Fico planned official visits to Libya and Venezuela in January 2007, and to China at the beginning of February 2007.