THE HUNGER strike of Milan Andrášik, one of the six men convicted of the 1976 murder of medical student Ľudmila Cervanová, reached a full month on January 19 despite pleas from his family to give up the protest. 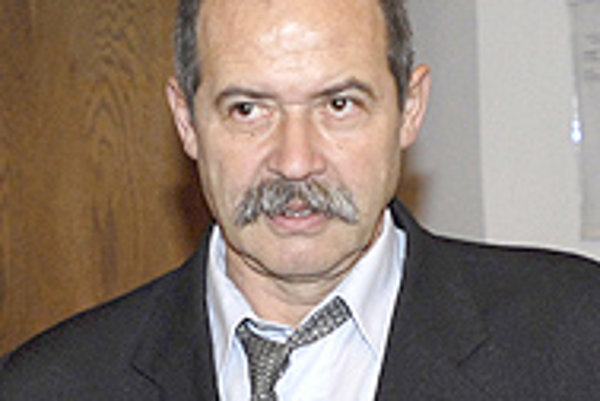 Font size:A-|A+
THE HUNGER strike of Milan Andrášik, one of the six men convicted of the 1976 murder of medical student Ľudmila Cervanová, reached a full month on January 19 despite pleas from his family to give up the protest.

"My mother and I are afraid for him," said Eva Andrášiková, Milan's sister, who has not yet been allowed by the prison authorities in Trenčín to visit him.

On December 4, after a court case lasting 24 years since the original sentences were handed down, Andrášik and four other men - Miloš Kocúr, František Čerman, Stanislav Dúbravický, and Pavol Beďač - had the verdicts confirmed by the Supreme Court. The court even added jail time to Andrášik and Kocúr, meaning they had to return to prison 16 years after having been freed by the Czechoslovak Supreme Court.

The men maintain that they are innocent, and fault the court for continuing to ignore 8,000 pages of evidence that the police collected from 1976 to 1981, and that were later removed from the case file and buried in a police archives under mysterious circumstances. The counsel for the defense argues that the hidden evidence refutes the men's guilt.

Andrášik's lawyer said his client had resorted to a hunger strike because he had no other way of protesting his innocence.

Lawyer Martin Kanás said that Andrášik was continuing to ingest liquids and vitamins, and that he would continue until his life was in danger. "He doesn't want to go to that final extreme," Kanás told The Slovak Spectator, "but he doesn't know how else to protest against an incarceration he believes to be illegal."

Eva Andrášiková corrected the lawyer's statement. "Milan started his hunger strike because the trial was illegal, not because his incarceration was illegal. He knew very well that the Supreme Court would jail him if it decided he was guilty. What he is protesting is the fact that the court violated his right to a free trial."

In confirming the original sentences and adding new time, Supreme Court justice Štefan Michalík said he had no doubts of the guilt of the accused, or that the court was right in refusing to hear the buried evidence.

"The claim of the defence that the file was manipulated and that proof was buried is unfounded," he said in his closing statement on December 4. "The evidence that was secured was sufficient to ascertain what happened, and represent an unbroken whole."

Bratislava region prosecutor Robert Vlachovský also judged the hidden files to be irrelevant to the case: "The guilt of the accused is proven by other evidence that is in the case file", he said.

Despite their objections to Michalík's verdict, the lawyers for the accused can do nothing - not because they lack legal options, but because they are still waiting for a written copy of the court's decision to arrive in the mail, over six weeks after it was issued.

According to Slovak law, appeals cannot be filed until formal court verdicts are received.

"I don't agree with the Supreme Court's verdict," said Allan Böhm, counsel for Čerman and Beďač, "but I'm still waiting for it to arrive before I can take any further steps. Without that decision I can do nothing."

Böhm has promised to turn to the Constitutional Court on the basis that his clients did not receive a fair trial, and then to the European Court in Strasbourg if his appeal fails.

Kanás added that he had filed a complaint against Andrášik's incarceration because he has tuberculosis, and that the complaint had been supported by a doctor's report. "Until this day, however, no one has responded to our complaint."

The murder of Cervanová aroused a strong response in Czechoslovakia at the time because of her youth and the brutality with which the police alleged it had been committed, including a gang rape and strangling.

The case was also closely followed by the communist leadership, with breaking information being sent directly to President Gustáv Husák.

Cervanová's father was Ľudovít Cervan, Czechoslovakia's military attaché to Syria and Saudi Arabia, and a member of the military intelligence service.

Due partly to Cervan's profession, and partly to early witness reports, contained in the 8,000 pages hidden in the police archives, that Arab-looking men had taken Cervanová into their car on the night she was killed, the police originally investigated whether the killing had not been related to Cervan's activities on one of his postings. This theory was often refered to by the media as the Arab lead".

The Slovak Spectator has discovered that the "Arab lead" was investigated by Czechoslovak military intelligence from 1976 to 1987. A source in Prague formerly with the military counter-intelligence service said that the documents related to the investigation were still in the Military Archives in Prague.

Ladislav Bukovszky, the head of the archive section of the Nation's Memory Institute in Bratislava, told The Slovak Spectator that the Institute was due to receive all former military intelligence documents from the Czech Republic in the spring.

"In theory, we will be getting these materials. An agreement on how to split up the military counter-intelligence files has been completed."

The Czech and Slovak defense ministers, Jiří Šedivý and František Kašický, recently confirmed the deal would be signed in the coming days. Bukovszky said the files would first go to the current Slovak military intelligence service, VOS, and then to the Nation's Memory Institute.