What happened to all the good journalists?

OVER 200 graduates of university journalism and mass media courses enter the Slovak labour market every year, but media employers constantly complain they are unable to find decent reporters. 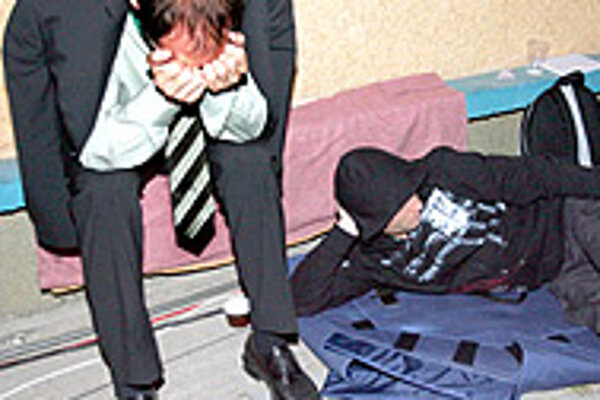 Font size:A-|A+0
OVER 200 graduates of university journalism and mass media courses enter the Slovak labour market every year, but media employers constantly complain they are unable to find decent reporters.

"There is a real lack of quality," said Matúš Kostolný, editor-in-chief of the Sme daily, a liberal broadsheet. "Finding a journalist who has the professional skills and the desire to do the job is a real problem. Newspapers, news agencies and TV stations are full of people who claim to be journalists, but the truth is that only a few of them are really good."

How is school today?

The real problem, said Kostolný, was the quality of education provided.

"We lack a really good journalism school in this country, and that is the main reason for the lack of talent."

All mass media study programs are very popular in Slovakia, and attract many more applicants than they have positions to offer. As in other countries, many students enter university hoping it will be the first step on their way to becoming a popular news presenter or a Pulitzer Prize winner.

But they quickly become disillusioned by the state of Slovak university journalism departments, which like other faculties are hamstrung by a shortage of finances and an aging teaching staff.

"We learn about the journalistic priorities of communicating the latest information, but in reality we are taught things that have no connection with the present," said Matúš Demko, who is studying journalism at Comenius.

Demko said he was disappointed by the resigned attitudes of some of his professors, but admitted that his own enthusiasm has waned as well over the three years that he has spent at university.

Ľubica Heinzlová, who studies at the Mass Media Communications Faculty in Trnava, claimed that her school fails to provide a link between theory and practice. "Media departments are not getting any better because there is no demand from society for quality mass media courses," she said.

On the other hand, Jana Kopernická, a journalism student at the University of Prešov, said she was tired of hearing her classmates moan. "The only thing that our school lacks is practical experience. But students can't just sit around and wait for everything to be handed to them. And I don't like the complaints about eastern Slovakia being in the middle of nowhere. If you really want to work in the media market, you have to find a way to do it."

For many journalism graduates, however, a dose of journalistic reality is enough to convince them they'd rather be doing something else.

Sme's Kostolný said that part of the problem was money. "PR and advertising agencies pay better than newspapers. The latter offer exciting work, but it is also very difficult and demanding of your time.

"For that reason, most graduates spend a very short time on the media market. As soon as they start to become any good, they leave."

Even graduates who feel born to work in the media sector have a hard time remaining there for long. Monika Murová, a graduate of the Comenius journalism school, worked for the private station TV Markíza, the public broadcaster STV and Radio Free Europe, but quit journalism after Radio Free Europe stopped broadcasting in 2004.

"I had nowhere to go," she said. "I felt that there was nobody and nothing that could help me improve my skills, and I refused to go along with the interests media owners or work under political pressure."

Murová is now an assistant to MP Martin Fronc, and from 2004 to 2006 worked as the spokesperson of the Education Ministry led by Fronc.

Daniel Borský, another Comenius journalism graduate who now works as a translator and interpreter, said the roots of the current dearth of talent in Slovak journalism go back to the year 1989.

"During the period of transformation [from communism], Slovak journalism schools were more concerned with getting 'communist dinosaurs' out of their departments than with educating students. In the end it actually gave me enough free time to learn journalism somewhere else."

That "somewhere else" was the now defunct weekly Slobodný Piatok under experienced editor Eugen Gindl.

But there are very few such mentor figures around these days, Kostolný said.

"Older journalists almost don't exist in this country, and that is the tragedy of Slovak journalism," he said. "There are no senior editors to lead the younger reporters. A large part of the generation over 45 years of age was eliminated by communism, while others succumbed to fatigue or were unable to adapt to the new demands. Still others were lured away from the media by money or careers in other fields, especially politics."

Borský and Murová both agreed that an entire generation of older journalists was missing on the Slovak market, while the market itself was less interested in doing investigative and serious journalism, and instead looking to profit from sensationalism.