Learning a foreign language through music

SONGS have long been a staple of parents and teachers looking for a fun way to educate children about healthy habits, the body or history. And, in the United States, educational programming like Sesame Street and Barney & Friends has proved extremely successful at using music to advance literacy, pronunciation and sense of rhythm and rhyme. 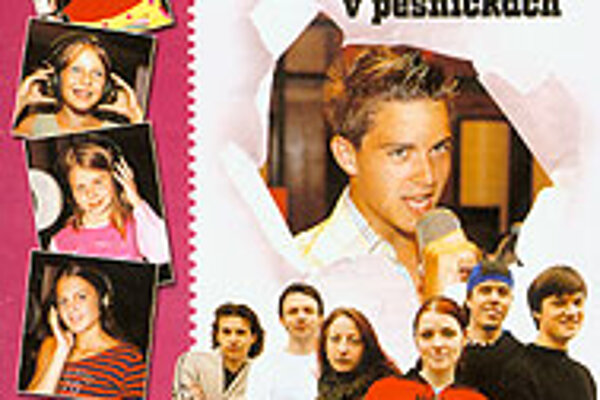 English in Songs - Wanna be cool

SONGS have long been a staple of parents and teachers looking for a fun way to educate children about healthy habits, the body or history. And, in the United States, educational programming like Sesame Street and Barney & Friends has proved extremely successful at using music to advance literacy, pronunciation and sense of rhythm and rhyme.

But are songs also an effective method for teaching children a foreign language? Vojtech Kresťanko, an English teacher and founder of the Modern English Language School in Bratislava, thought so, and began testing his theory several years ago.

"During lessons, I tried dealing with [my students'] fatigue, distractions and inattentiveness with the help of music," Mr. Kresťanko said. "I played a few melodies on the piano to refresh them, then had them sing the songs with me. Then I conducted this experiment: I started to play and sing songs in English. The children actually remembered the words and phrases better and learned the English much quicker [than in their previous lessons]."

The result was English in Songs, a project Mr. Kresťanko started after teaming with composer Ali Brezovský, lyricist Luboš Zeman, and several experts from the State Language School and Comenius University. Now in its seventh year, the project has produced 6 CDs featuring Slovak primary and secondary students singing in English, as well as occasionally in French, Italian, Czech and Slovak.

The aim is to provide language teachers with a resource that students find both educating and amusing.

After all, "kids enjoy learning foreign languages in an entertaining way," Magdaléna Labudová, a teacher at the elementary school on Jelenia Street in Bratislava, said.

English in Songs' newest release is entitled Wanna be cool. It contains 23 songs, most of which are in English, geared toward 5 to 11 year olds. The styles are diverse, the tunes are catchy and the lyrics are relatable.

The fun began with the CD's very first track, Our English Teacher is the Best, which starts with a simple beat underpinning lyrics like "We don't always like our school cos it's often boring; There's an exception to the rule, English is interesting", then goes into full swing during the chorus section. The lyrics repeat a few times, but the song's clever arrangement and playful delivery keep it cute.

And by this point, two important details had already distinguished Wanna be cool in my mind from the vast majority of CDs featuring child singers: the children had excellent intonation and the soloist clearly knew how to communicate.

Fourteen-year-old Michal Dukes sang with precocious confidence and precision. Though he would wait until later tracks to exhibit his talents fully, his voice immediately stood out as solidly professional.

The tail end of the song included a repeat of some of the lyrics done in the style of a rap by Niamh McCullough, a member of the Slovak Radio Acting Group, and the daughter of one of the project's advisors. Niamh sounded perfectly at ease with the style, which has quickly become a favorite among school children in Slovakia, and around the world.

The album's next track Fourteen Boys, Seventeen Girls was equally fun. The lyrics joke about what life is like in a classroom - "sometimes it is very fine, sometimes very dangerous; full of risk, full of risk, but we take it nevertheless" - and the music was full of pep.

And in this case it was fifth grader Andrejka Húščavová who grabbed the spotlight. Proving herself to be more than just a darling girl with pudgy cheeks and a wide smile, she obviously got the humor of the song and ran with it.

Other tracks on the album include versions of the traditional American folk song She'll Be Coming Round the Mountain and a delightful arrangement of the Christmas carol Jingle Bells. The other notable soloist was Soňa Juricová, a secondary school student from Skalica, who has gone on to successfully land a role in the classic Slovak musical Neberte nám princeznú, which was recently revived at Bratislava's Nová Scéna Theatre.

But, in some people's minds, one question might remain: learning a foreign language through songs seems like it would be fun for kids, but does it actually help them learn any better than typical classroom instruction?

"Think back to one of the first ways you used music to memorize information ... most likely the ABC Song," Michelle Lazar, director of Coast Music Therapy, a San Diego-based agency that uses music to improve motor function and emotional development in children and adolescents, wrote on her company's website. "Using a simple tune, you were able to remember 26 different letters in order! This demonstrates how songs work as a mnemonic device to aid in memory and learning by organizing information into smaller chunks, making it easier to encode and retain.

"Another benefit," Ms. Lazar continued, "is linked to motivation. A child who is interested and attentive when learning a new skill is much more likely to retain the information over time. In this way, music sparks children's interest in learning, and creates an optimal environment for long-term skill retention."

"Recent brain research tells us that when children sing and move to music, their developing brains are entirely engaged and stimulated," Mrs. Gadzikowski commented. "Both the left and right sides of the brain are activated when we sing. And the process of singing stimulates both new learning and memory. For example, music has been shown to help children remember their addresses and phone numbers. Even older adults can often remember the songs from their childhood days. The more the senses are engaged, the more learning will take place."