TWENTY-FIVE years ago, Pavol Štroncer lost a round of rock, paper, scissors to a colleague at the hospital where he worked. As a result, he was sent to work for six months as a pediatrician at Luník IX, then a newly built housing complex for Slovaks and ethnic Roma in this eastern Slovak city. 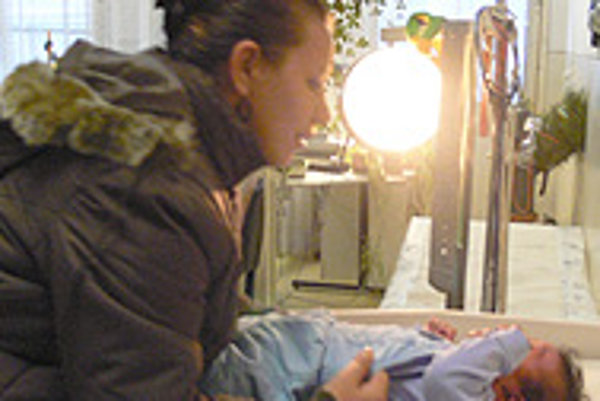 Font size:A-|A+
TWENTY-FIVE years ago, Pavol Štroncer lost a round of rock, paper, scissors to a colleague at the hospital where he worked. As a result, he was sent to work for six months as a pediatrician at Luník IX, then a newly built housing complex for Slovaks and ethnic Roma in this eastern Slovak city.

"My boss said one of us at the hospital had to go to work there," Stroncer said, gesturing with a fisted and then a flat hand to show how he got the post.

"During the six months I worked there, my sister emigrated to the US, and for this reason the communists considered me a traitor and made me work there permanently."

The first Roma tenants arrived from the countryside in what was then Czechoslovakia shortly after Luník IX was completed in 1981. The move was made possible after the mayors of villages in eastern Slovakia gained permission to resettle the Roma who had been living in their municipalities.

Following the collapse of Communism, however, Luník IX changed beyond recognition from socialist housing for middle class Slovaks and Roma into one of Europe's worst isolated urban Roma ghettos.

Most Slovaks have never been to Luník IX. Štroncer, meanwhile, travels daily to the slum located at the end of Košice's number 11 bus route. He works out of a modest office on the outskirts of the development. Nearby, garbage overflows from the dumpsters, while the ground is littered with discarded food, empty bottles and plastic wrappers. The scent of urine is pervasive.

Slovakia, a country of 5.4 million, is home to an estimated 350,000 ethnic Roma, or gypsies. Fabled for their oral traditions and nomadic lifestyle, the Roma are believed to have migrated to Europe from India in the 13th and 14th centuries. In Slovakia, the Roma face huge barriers in finding work and housing, and most live segregated from the rest of the population in urban ghettoes like Luník IX and isolated rural settlements.

Many Slovaks say this is because the Roma are not willing to conform: they lack education, behave in a slovenly manner, and remain dependent on state hand-outs that they grew accustomed to under Communism. On the other hand, human rights workers point out that the Roma have limited access to basic services like health care and running water in many areas of the country, and face daily discrimination.

After the revolution of 1989, Štroncer said, Slovak families began to leave the three buildings across the street from his office. Even before 1989, Slovak families turned down apartments in Luník IX because Roma lived there, despite a countrywide shortage of apartments. The flats abandoned by the Slovaks were occupied by Roma overnight.

"You couldn't live there," Štroncer said. "You wouldn't go out. They [the Slovaks] wanted to save themselves."

The Roma Press Agency reports that around 4,400 people live in Luník IX, with an additional 900 residing there unofficially; Štroncer puts the number closer to 7,000. Unemployment in the complex is nearly universal at 99 percent.

"The area is too small for the amount of people who live there," Štroncer said. "All the homeless people in town prefer to go there to sleep rather than under the bridges."

Shallow mounds of garbage behind the buildings attract rats and other vermin. The windows in many of the apartments and the stairwells are broken. Heat and running water are scarce.

Štroncer said that extraordinary medical precautions are taken to guard against health problems at Luník IX. "If four or five cases of meningitis are recorded, everyone gets antibiotics so it doesn't turn into an epidemic."

While Štroncer never asked to work at Luník IX, he now accepts his job with a mixture of dark humour and cynicism. Everyone in the complex knows Štroncer, including the children from the kindergarten and the young men standing around a trashcan fire in front of his building.

Štroncer said he regularly sees patients with preventable diseases like hepatitis, head lice, diarrhea and scabies. The equipment in his examination room is modern, but he drew attention to a stream of dark brown water that gushed from the tap as he tried to wash his hands. Letting the water run, he strolled into his office, pointing out several posters on the wall of his son, a Beatles impersonator in the Slovak group The Backwards, before sitting down to the computer.

"The biggest issue now is with small babies before they reach their first year," Štroncer said. "If they survive that year, they can get used to the conditions."

Štroncer said he believes the health of people at Luník IX has improved since he saw his first patients because more people know about basic preventive care.

His earliest patients are now adults, still living at Luník IX, with children that they bring to see him when they have colds or diarrhea.

He said the parents these days tend to seek medical help much sooner than the previous generation, instead of waiting for more serious symptoms to appear.

"Like the process of natural selection, which eliminates the weaker individuals, it was the weaker parents who tended to neglect their children," Štroncer said.

One parent who brought her infant son to see Štroncer was Mária Šaňová, 28, a mother of two. She said that both she and her husband are unemployed, and that her husband has not had work since last spring when he mowed lawns. She brought Patrik, five months old, to see the doctor with respiratory difficulties. Štroncer diagnosed bronchitis.

Šaňová came with her sister's daughter and Jozef Šaňa, a pudgy boy in a blue patterned jacket and a black knit hat who would not give his age, but instead offered, "I am everywhere."

Šaňová stood by as Štroncer placed Patrik on an examination table covered with a white sheet. Afterwards, Štroncer wrote Šaňová a prescription for an antibiotic, and they left his office.

In the waiting room after the visit, Šaňová acknowledged Štroncer's lack of prejudice. "The doctor does not see a difference between Slovaks and us," she said.

But Štroncer said he believes that major differences remain between the Slovaks and the Roma, and he struggles to understand the poverty he sees daily.

"They don't want to have any feeling of obligation to others," he said. "It's not a matter of discrimination, and it's something they have brought on themselves. They refuse to be educated and assimilate."