Slovakia a paradise for expat buyers?

THE GATES of the Slovak residential real estate market were flung open to foreigners after Slovakia joined the EU in May 2004. Interest in Slovakia has been growing since then, especially in Bratislava and especially among British and Irish investors. 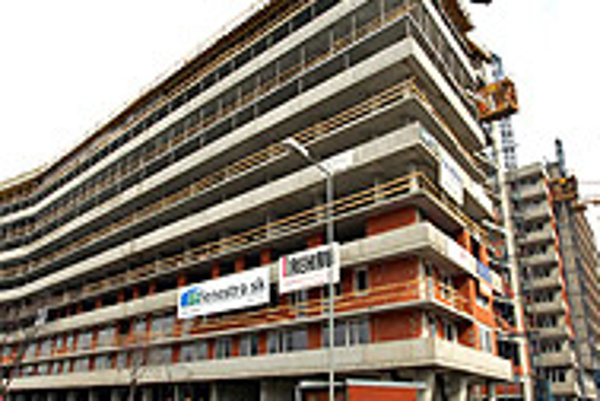 Font size:A-|A+
THE GATES of the Slovak residential real estate market were flung open to foreigners after Slovakia joined the EU in May 2004. Interest in Slovakia has been growing since then, especially in Bratislava and especially among British and Irish investors.

However, the beginning was slow, as many potential investors had only limited knowledge of Slovakia.

"At that time [May 2004] there wasn't such a large demand for property in Slovakia as there is now, so we had to stir up interest ourselves by organizing seminars on Slovakia and presenting the advantages of investing there.

We often had to explain very basic things, such as the fact that Slovakia doesn't have a coastline," said Petra Gajdošíková, owner of Slovakia Investment Property, a London-based firm.

The British media also played a large role in bringing Slovakia to the attention of the public. In a show called The 20 Best Places to Make Money, the Channel 4 TV station ranked Slovakia in 7th place, giving perhaps a rather gilded impression of how easy it is to earn a fortune by investing in Bratislava.

Gajdošíková said that such program were a double-edged weapon. "On the one hand they promote the Slovak real estate market, but they also have a negative effect because they inflate the expectations of potential investors. Everyone wants to hear that they can become a millionaire overnight."

There are several factors behind the fascination of British and Irish investors with the Slovak capital, the most important of which is the situation on the local real estate market.

Although property prices in Bratislava are climbing, they are still far below prices for equivalent property in the UK and Ireland. Demand for property is also increasing, and is unlikely to fall soon. Investors are also motivated by high rental yields, the flat tax rate, the country's 8-percent GDP growth rate, and Slovakia's expected entry into the euro-zone in 2009. Even after a change in government last summer that saw a team of socialists and nationalists take power, Slovak real estate is still considered a relatively safe investment.

The geographical factors are appealing as well - Bratislava's central location, its proximity to Vienna, and the easy and cheap access to Dublin and London with the two low-cost airlines that service Bratislava airport.

After a foreign residential investor chooses a city, they should put as much if not more effort into deciding what neighbourhood to invest in.

Slovakia Investment Property's customers prefer the centre of Bratislava, Gajdošíková said. "Property there tends is most likely to retain or increase its value, as there is a small and very limited selection, and high demand. It is also one of the few locations where there are no problems finding renters."

Irish native Patrick Loftus, managing director of the Slovak Real Estate agency, has had similar experiences. "Investors are particularly interested in the centre of Bratislava or Ružinov and Nové Mesto, possibly because of the greater availability of projects," he said.

The Koloseum residential complex in Nové Mesto near Kuchajda Lake will offer the most flats - 700 - within a single complex in the country. According to the Trend weekly, the Parker Green Company from North Ireland has already bought two floors there.

Mark Smith from London is planning to invest into overseas property. "I am considering Bratislava because it is so different from crowded and busy London. It is referred to as the 'New Prague' for a reason," he told The Slovak Spectator.

If he chooses Bratislava, he said, he will sell up, move to Slovakia for good, and rent apartments to tourists. With his London house valued at 190,000 pounds (€290,000), he could afford three flats in the Slovak capital from the proceeds.

"Bratislava is one of the most unspoiled cities in Europe. It is not as commercialised as western cities, and property here is cheaper than in Poland," said Andrew James from Leicester. These reasons persuaded his parents to buy a flat in the centre of Bratislava in 2004.

Property prices in the UK have rocketed by almost 50 percent in the past decade. "People who want to invest in property are looking for bargains abroad. The prices in the new EU members were and still are so low that they can only rise. And we don't have to pay UK tax on it," James added.

However, there has also been resistance among Slovaks to the British and Irish who are seen as 'invading' the real estate market. James said be believed that these concerns are groundless: "My parents hired locals to work on the renovation of the flat, and they rent it out to tourists, which also helps Slovak economy," he said.

The James' also often visit Bratislava themselves. "[My parents] like to go for a holiday or visit a dentist in Bratislava because it is much cheaper than in the UK," James said.

Most investors follow a similar pattern of buying, renting and eventually selling their flats, Loftus said.

Both Loftus and Gajdošíková said interest among British and Irish investors in buying residential property in Slovakia is still rising, although this could change in the next few years.

Loftus said the main investment risk for foreign buyers remained the rental market. "All of these apartments [bought by foreigners] will be chasing the relatively small ex-pat rental market as it is unlikely that Slovaks will pay the expected rents," he said.

"This will definitely impact the rental market (and rental yields) unless there is a correspondingly significant increase in the size of the foreign business community in Bratislava."