THE ERA of foreign investment mega-projects in Slovakia is virtually over, and as the country waits for Samsung to decide whether to build a new Sk16 billion LCD panels factory near its existing plant in Galanta, municipal officials are preparing to take the lead in the next FDI phase. 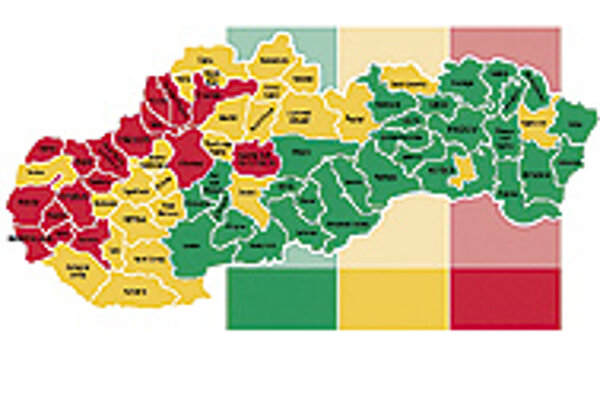 Font size:A-|A+
THE ERA of foreign investment mega-projects in Slovakia is virtually over, and as the country waits for Samsung to decide whether to build a new Sk16 billion LCD panels factory near its existing plant in Galanta, municipal officials are preparing to take the lead in the next FDI phase.

With unemployment, at around 9.2 percent, at its lowest level since Slovakia declared independence in 1993, the labour market could likely not support another major manufacturing project similar to the Kia and PSA Peugeot Citroen plants that came on line last year, each with the aim of producing over 300,000 cars a year.

Instead, the country continues to attract smaller firms as suppliers and subsuppliers to the larger auto plants, as well as firms attracted by Slovakia's location at the heart of the 60-80 million strong Central and Eastern European market.

The SARIO state investment agency is currently working on 120 foreign investment projects according to a new map for providing investment stimuli that encourages foreign firms to set up operations in the higher-unemployment areas in the east of the country.

However, conditions have changed since the 2003-2004 wave of auto investments, and rather than state aid investors are now more concerned with the availability of skilled labour and hassle-free building sites, and the proximity of major freeways and highways.

To a great extent, municipalities have already begun to pick up the slack for the state on investment projects. For example, Levice in south-central Slovakia was due to get a Sk15 billion tire factory investment from the Sourth Korean Hankook company, but the deal fell through after the cabinet failed to honour the generous investment package promised by outgoing Economy Minister Pavol Rusko. Hankook chose Hungary instead.

Rather than sit idle, Levice under Mayor Štefan Mišák offered the land and infrastructure it had prepared for Hankook to other investors. By the end of 2006 Levice announced its industrial park was full, with investment projects ranging from a candy maker to a private steam-gas plant.

While SARIO helped by steering clients to Levice, "we got most of them ourselves", said Mišák.

"For us, the key investment was the first one, the Swedish wooden crate maker Nefab. They served as a reference for us, and spread positive information about Levice. They even called up their business partners," Mišák said.

"We are working to transform our general secondary trade schools into industrial and machinery schools. It also helps that everyone knows about the investors in the park, because people are now gradually returning to this city who used to work in other cities," said Mišák.

This town near Levice is proof that investors can still be attracted to areas without good transport connections, given a bit of luck and an active local council.

The local economy in Vráble was based on the Tesla TV plant, which collapsed soon after the communist system that supported it. However, because Vráble was below the radar of national economic planners, no attempt was ever made to prop the factory up, meaning that as a brownfield site it became available to foreign investors in the early 1990s.

In 1995, the Dutch auto parts firm United Parts Slovakia rented the Tesla premises, and began to cast around for other investors willing to settle nearby. Together, the foreign arrivals founded Industrie und Gewerbepark (IGP) Vráble in 1999 with 100 percent German ownership. IGP bought the Tesla site from Vráble the next year and began building an industrial park, for which it received state funding. The park is now almost full.

"We only have one vacant building site left, and another investor is building in the industrial district near the park," said Vráble Mayor Tibor Tóth.

On the other hand, nearby Zlaté Moravce was unfortunate enough to inherit a major white-goods maker from communism, the Calex plant. Successive Slovak governments invested billions in the factory, and set up a joint venture between Calex and Samsung, which never worked. Another investor was found, the Lithuanian Snaige, but proved an even greater disaster than the first, and instead of restarting production it carted off the machinery it had bough cheap from Calex in bankruptcy to its operation in the Russian Kaliningrad.

In 2003, city officials, wanting to show off the Calex premises to a group of potential French investors, found the premises stripped bare.

As a result, Zlaté Moravce got a late start on finding serious investors to settle in the abandoned Calex site, and although the Danish Danfoss firm has been making compressors in part of the premises since 2002, unemployment in Zlaté Moravce remains unusually high for the region.