Adjusting to life after nuclear shutdown

JASLOVSKÉ BOHUNICE - The closure of two reactors at the nuclear power plant in this village in western Slovakia, scheduled for 2006-2008, began on January 1. It was accompanied by grim statements from government politicians as to the folly of closing a station capable of producing energy for years to come, and accusations that the previous Dzurinda government, which signed off on the deal, had caved in too easily to the environmental lobby within the EU. 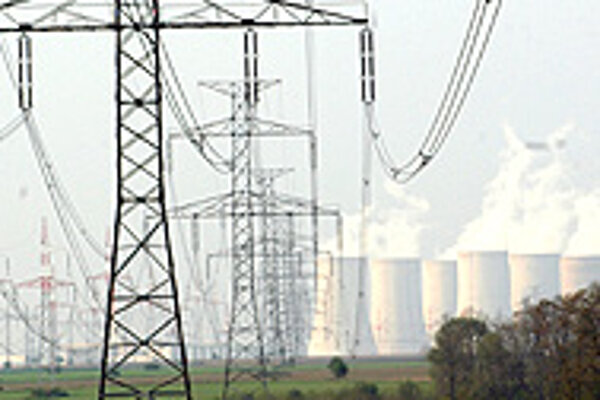 Font size:A-|A+
JASLOVSKÉ BOHUNICE - The closure of two reactors at the nuclear power plant in this village in western Slovakia, scheduled for 2006-2008, began on January 1. It was accompanied by grim statements from government politicians as to the folly of closing a station capable of producing energy for years to come, and accusations that the previous Dzurinda government, which signed off on the deal, had caved in too easily to the environmental lobby within the EU.

In the spate of government grumbling, little was heard about how the closure will affect the communities around the nuclear plant, which for almost half a century has been part of the local landscape.

Jaslovské Bohunice, between Trnava and Pieštany, lies in one of the most prosperous regions in Slovakia. The nuclear plant provides jobs and tax revenues to local communities, so the most important impact of the closure was initially expected to be economic.

A nuclear tax was introduced during the tax reform of 2005 requiring nuclear plant operators to pay a variable levy to local communities according to their distance from the power plant. The area around the Jaslovské Bohunice plant is divided into three zones with different levels of danger, entitling the villages to up to Sk0.12 per square metre in supplementary tax.

"Even though the tax wasn't brought in until 45 years after the establishment of the nuclear facilities at Jaslovské Bohunice, it was still quite satisfying for us," said Peter Ryška, the mayor of Jaslovské Bohunice (pop. 1,900).

The nuclear tax brings about Sk2.5 million per year to the village budget, money that goes "to help us protect the environment and the health of our inhabitants," Ryška said.

The village of Žlkovce (pop. 700) lies four kilometres southeast of the power plant. "For us, the nuclear tax is an important source of income. We receive almost Sk1 million a year, which is around 10 percent of our budget," Mayor Tibor Stanko said.

At the moment, these villages are receiving nuclear taxes from both of the companies operating at Jaslovské Bohunice. The Javys decommissioning firm operates the V1 reactor bloc, which was not included in the sale last year of Slovakia's power stations to the Italian company Enel, and is to be shut down by 2008.

Meanwhile, the Enel-owned Slovenské Elektrárne (SE) electricity utility operates the V2 reactor bloc, which was not part of the shutdown deal with the EU. Each bloc contains two reactors.

As of 2008, when the V1 bloc is taken completely off line, the local villages will thus only receive half of their current nuclear tax income.

This may seem insignificant given that the cost of decommissioning both V1 reactors is estimated at Sk15.2 billion (€441 million).

However, given the conviction that politics was at the root of the decision to take V1 off line, it is enough to sour local opinion.

Ryška said that the Slovak nuclear power industry became politicized after 1998, which was one of the reasons for the untimely closing of V1. "It was a gift the [Mikuláš Dzurinda] government gave the third sector for helping the political change [the election defeat of authoritarian regime of PM Vladimír Mečiar] to transpire in 1998," he said.

He added the conviction that following a renovation in 2000 the V1 bloc had satisfied all safety requirements.

For Ryška, however, the impact of the closure of V1 lay less in economic shortfalls than in the problem of dealing with the nuclear waste.

Mayor Stanko of Žlkovce agreed. "It's still not clear where the nuclear waste will be stored. For the time being, this waste remains in the vicinity of the nuclear plant, and that can be harmful for the environment."

While the impending closure of Jaslovské Bohunice has increased local sensitivities to environmental issues, given that people have lived in the shadow of a nuclear power plant for so long, this raised sensitivity is only relative.

In Žlkovce, for example, even 30 years after a serious accident during refueling at the A1 reactor, the water and the banks of a local stream remain contaminated.

Žlkovce Mayor Stanko said that heavy metal contamination could also not be ruled out, while Ryška agreed that the plant presented long-term contamination risks.

"The presence of the nuclear plant lowers the value of land, real estate and other property belonging to the village and its inhabitants. There are also secondary effects, such as the reduced value of viniculture, agriculture, agro tourism and so on," Ryška said.

Interestingly, for all the talk about the environment in the local villages, few are concerned that the reactor closures will swell local unemployment ranks. Javys spokesman Dobroslav Dobák told The Slovak Spectator that 1,260 people currently worked at the plant, and that it would not be firing any employees in 2007, while after 2008 only 18-20 people per year would have to leave, as many current employees would be reassigned to decommissioning operations.

"The changes will be slow and gradual because decommissioning a nuclear plant is a complex and long-term process," Ryška said.