FOREIGN language teachers and university students often arrive in Bratislava with the same kinds of questions: "how do I get an internet connection set up in my apartment?" or "where should I go shopping for new clothes?" 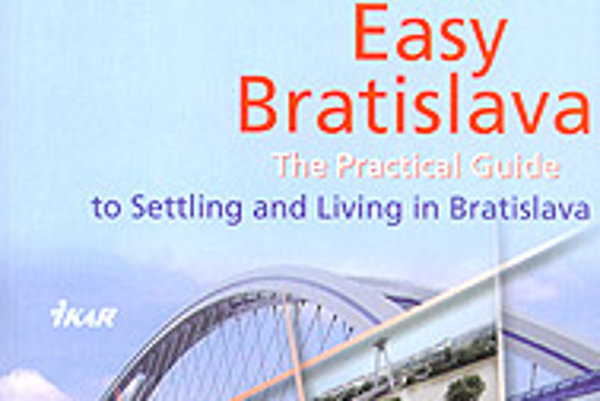 The Practical Guide to Settling and Living in Bratislava, 2nd edition,

FOREIGN language teachers and university students often arrive in Bratislava with the same kinds of questions: "how do I get an internet connection set up in my apartment?" or "where should I go shopping for new clothes?" And corporate professionals planning to live here short term might need to know the number of an English-speaking babysitter, or where to go golfing.

Easy Bratislava, a guide written by three French expats living in the Slovak capital, addresses all those questions, and much more. It is the second edition of a title originally written in 2004 by two other French expats, Christine Franz and Florence Nys, that has been expanded and updated to include changes since the June 2006 general elections. It is also available in French as Bratislava Facile.

The guide begins with a section entitled Slovakia at a Glance that gives pertinent information on the country's geography, history, and social and economic life. Facts on the tax code and weather conditions are accurate, and the history section is succinct, enjoyable, and highly informative.

The next short section, Habits and Customs, is particularly useful. The authors describe examples of Slovak customs foreigners may not be familiar with, such as the importance of Name Days, the need to take off your shoes before entering someone's home, and the significance of the korbáč on Easter.

To assure accuracy, the section has been tweaked in response to feedback. When the guide's first edition was published, Vladimír Bibel, a reviewer for the panorama.sk website, disagreed slightly with its appraisal of Name Days as "more important than a birthday". The second edition no longer reaches that conclusion, suggesting only that the reader buy a Slovak calendar and remember to congratulate their friends on their Name Days.

Another correction regards the "goose days", a kind of harvest festival that occurs in Slovakia from the beginning of October to the end of December. In the first edition, the authors omitted lokše, the potato crepes that make up an essential part of the traditional festival menu. The second edition includes them.

After a few more short sections about important holidays, annual events in the Bratislava area, and a list of useful telephone numbers, the guide launches into the nitty-gritty of getting settled in Slovakia. The topics include advice on getting your residency permits, hiring a moving company, renting an apartment, bringing your pet over, and getting connected to utilities.

Every topic includes the necessary phone numbers and addresses, most of which were provided by professional relocation agencies. When possible, the authors also listed the name and contact information of a specific employee at the companies who speaks English or French.

Once the initial stages of resettlement are addressed, the guide moves on to giving advice on everyday issues, such as how to get around by car or public transportation, joining social clubs, finding your religious community, and how to hire a plumber or a housekeeper. Even carpet cleaning services and beauty salons are included. And again, all necessary phone numbers and addresses are listed.

Easy Bratislava proves just how updated and thoroughly researched it is when writing about traffic jams in Bratislava: "There are a few spots where traffic can be delayed for up to 30 minutes: on Mlynská dolina, at the Patrónka intersection (rush hours and Friday afternoon); the construction of a by-pass tunnel will ease traffic in the future." This couldn't have been stated better.

One of the most pleasantly surprising aspects the guide has to offer is its ability to educate even expats like me, who have lived in Bratislava for a few years. For example, I was completely unaware that shoppers who buy at least Sk 2,000 at the Tesco supermarket can ask for their groceries to be delivered, and that it will be done on the same day if purchased by 12pm.

Also, I had no idea it was possible for non-Slovak citizens to adopt a Slovak child. According to the guide, adoption requests by non-residents are treated like an international adoption and can be arranged through the Centre for the Legal Protection of Children and Youth on Župné Square in Bratislava.

Amanda Surbey, an expat who has lived in Bratislava since 2001, agrees.

"I have the first edition [of the guide] and this one, and I still refer to it pretty regularly," she said. "The three people who did the updated version did an incredible job. It was a lot of work. I think it is pretty valuable."

The only criticism may be that the guide is low on advice for expats living outside Bratislava, but that's understandable, considering that most expats who move to Slovakia chose to come to the capital.

One hopes that as cities like Žilina, Košice, and Prešov continue to develop, more expats will relocate there, and the demand for a third, even further expanded edition of Easy Bratislava will grow.