A YOUNG historian with nationalist leanings has been elected the new chairman of the Nation's Memory Institute (ÚPN), an archive that documents and publishes state crimes committed under Slovakia's 20th century fascist and communist regimes. 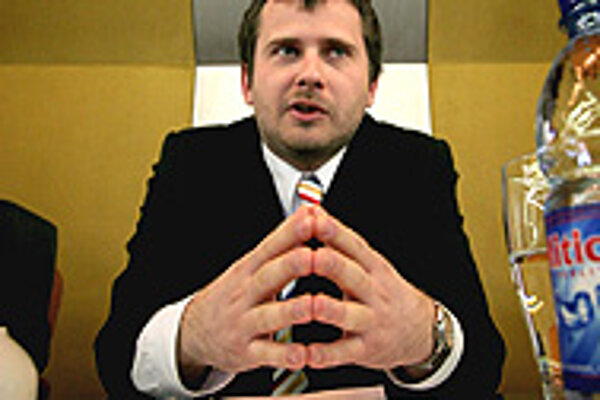 Font size:A-|A+0
A YOUNG historian with nationalist leanings has been elected the new chairman of the Nation's Memory Institute (ÚPN), an archive that documents and publishes state crimes committed under Slovakia's 20th century fascist and communist regimes.

After six months of failed attempts to replace former archive boss Ján Langoš, who was killed in a car crash last June, parliament on January 31 elected Ivan Petranský, a candidate nominated by the Slovak National Party (SNS) and supported by the entire ruling coalition. Petranský won 80 votes in a secret ballot while his opponent, Christian Democrat MP František Mikloško, won 62.

Petranský is only 30 years old, and until now has been a historian employed by the nationalist Matica Slovenská cultural institute, which some critics say makes him unfit to lead the ÚPN.

According to leading Slovak historian Dušan Kováč, the deputy chairman of the Slovak Academy of Sciences, "by working for Matica Slovenská, he [Petranský] took on the ideology of an institution that strives for the rehabilitation of the [WW II fascist] Slovak state and [its leader] Jozef Tiso" (see story on Matica Slovenská on page 2).

Petranský failed to win election in the first round on January 30 after the public STV channel reported that on March 14, 2005, he had attended a celebration to mark the founding of the Slovak wartime Nazi-puppet state. The event was also attended by Marián Kotleba, head of the banned extreme-right group Slovenská Pospolitosť (Slovak Togetherness).

Following the report, Petranský distanced himself from the event and called such allegations "viciousness". He also stated that he has never supported the extremist Slovenská Pospolitosť: "I have a fundamentally negative attitude towards them. I would never take part in any of their events."

He further explained that he had only attended the celebration because there was to be a historical lecture that interested him.

Regarding the ÚPN's obligation to document and publish crimes committed not only by the communists but also by the 1939-1945 Slovak state, which was propped up by Hitler's Germany, Petranský said: "it has to be stated very clearly that many mistakes and crimes occurred, and these have to be documented and published today."

However, some of Petranský's earlier statements aroused fear that the ÚPN's activities in documenting the wartime Slovak state would be stifled if he became its new head.

During his hearing in front of the parliamentary Human Rights Committee, Petranský said the ÚPN should not focus on the first Slovak state because "the crimes of communism have not yet been punished, while the crimes of fascism already have."

Kováč added that for Slovak society it was currently even more important to come to terms with the country's fascist past than with communism.

"Slovakia is more at peace with its communist past [than its fascist one]. Even though we occasionally see signs of nostalgia for communism, these pale in comparison with the nostalgia we see in official public institutions like Matica Slovenská for the first Slovak state."

Slovak society remains divided on the wartime Slovak state, which while it committed gross human rights violations and sent thousands of its citizens to their deaths in line with Hitler's racist theories, is also popularly believed to have spared ethnic Slovaks the horrors of occupation or invasion.

Archbishop Ján Sokol in early January said that he remembered the wartime state as a time of "affluence", and that he respected wartime leader Jozef Tiso for having protected Slovaks. The statement touched off another round of arguments between minority groups who were appalled by his apparent endorsement of Tiso's regime, and nationalist groups who supported the archbishop.

Founded in 2002, the Nation's Memory Institute currently administers documents which, if piled on top of each other, would form a heap 2,200 metres tall. It gained these documents from about 700 archive funds formerly under the Interior Ministry.

The Institute's first accomplishment was to publish records of the files kept by the former communist secret police, or ŠtB, from 1948 to 1989. These files related to people that the secret service monitored, approached for collaboration, or actually employed as agents and informers. In September last year the Institute also published lists of ŠtB agents and employees from the various secret service branches around the country before 1989.

The Institute now also intends to map out the history of the first Slovak state, particularly the confiscation of the assets of Slovakia's Jews, and the deportation of 70,000 Jews to Nazi death camps.

Here the Institute has encountered a problem, however. During the first Slovak state, security was provided by the State Security Centre, whose archives never belonged to either the Interior Ministry or the Justice Ministry, which are required by law to hand such materials over to the ÚPN. The Institute is thus only able to visit the Slovak National Archives in Bratislava, which administers the WWII files, and study them by request.

In the coming months, the Institute should receive new documents from Prague from the archives of the communist military intelligence service, which have been stored in the Czech capital since the break-up of Czechoslovakia.

Ladislav Bukovszky, director of the ÚPN's archive section, told The Slovak Spectator that the Institute remains an important part of the country's efforts to understand its past. "Following the fall of the communist system, institutions like this one are needed to publish the records of the communist security services, which acted undemocratically and inhumanly."