THE CENTRAL bank forecasts that surging exports will speed Slovak economic growth to 8.6 percent in real terms in 2007, compared to 7.9 percent last year. 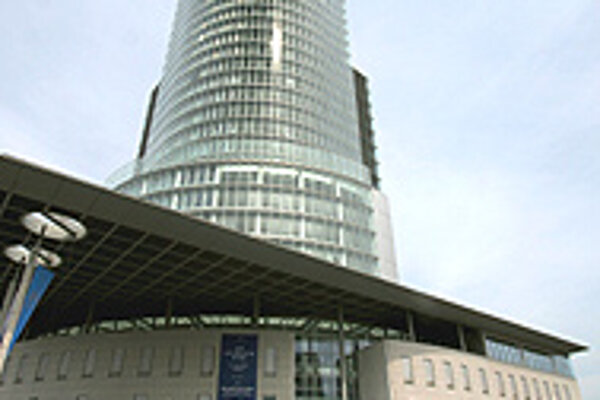 The National Bank of Slovakia's January 31 estimate came only days after the Finance Ministry revised its estimate for GDP growth this year upwards from 7.4 percent to 8.1 percent to take into account higher exports and lower inflation than expected.

The predictions underline that Slovakia's economy is growing the fastest not only in Central Europe but also within the Organization for Economic Cooperation and Development (OECD).

In the OECD, only Ireland has put up numbers comparable to Slovakia's in the last decade, hitting 11.7 percent growth in 1997.

"I think it's realistic to see Slovak economic growth this year coming in at over 8 percent, and I think the Finance Ministry estimate in particular was rather conservative," said Martin Pohl of PPF Asset Management.

Slovakia's growth is being driven by its major automakers. While VW has been present in Bratislava since 1991, PSA Peugeot-Citroen in Trnava and Hyundai in Žilina started serial production at the end of last year, and each expect eventually to produce 300,000 vehicles a year, making Slovakia the largest per-capita auto manufacturer in the world.

In 2007, the three auto factories combined should pump out 500,000 cars, which will have a major impact on the small Slovak economy. Viliam Pätoprstý of UniBanka said that the car industry would account for 30 percent of Slovak exports this year.

"The important thing is that a supplier network for the large automakers is emerging in Slovakia, which is giving a boost to the engineering and electro-tech sectors," he said.

Economic experts warn that the dependence of the Slovak economy on the auto sector could prove dangerous and leave the country vulnerable to downturns in world demand.

"If reliance on the auto sector is a risk for the Czech economy, this is twice as true of Slovakia," said Pavel Sobíšek, head economist with the Czech branch of HVB Bank.

Falling global energy prices and the strong Slovak crown also prompted revisions in inflation expectations last week, with the Finance Ministry dropping its forecast for 2007 from 2.5 to 2.2 percent, and its 2008 forecast to 1.9 percent.

Despite the record economic growth, Slovakia's public finances worsened last year, with the deficit reaching 3.4 percent of GDP, well above the 3 percent ceiling Slovakia will have to meet if it hopes to adopt the euro in 2009 as planned.

In its last quarterly report on Central Europe, released on January 25, the World Bank said that both Slovakia and the Czech Republic still had a problem with generous social spending. It also called for tighter fiscal policy in Latvia, Lithuania, and especially Hungary, where the public finance deficit in 2006 exceeded 10 percent of GDP.

"Fiscal deficits increased in most countries in the region despite strong growth and buoyant tax revenues, adding to concerns about overheating," the World Bank report read. "The fiscal easing was particularly dramatic in Hungary and Slovakia."

The current Slovak state budget for 2007 set a public finance deficit target of slightly over 2.9 percent of GDP, including the costs of pension reform, in what the government hailed as proof of its commitment to adopting the euro on schedule.

"Slovakia is still aiming for January 2009, despite the very small margin planned in the fiscal deficit for 2007," the World Bank report noted.

- with files from Hospodárske Noviny and TASR