WITH NEW municipal and national governments having taken office over the past six months, not a day seems to go by without another audit being announced - of personnel, of finances, or merely of the state of affairs after years of governance by outgoing executives. 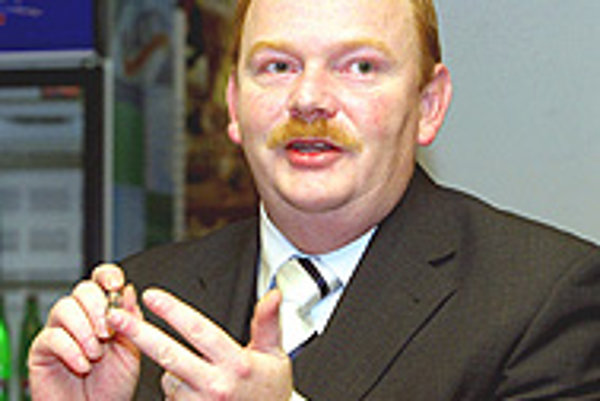 Font size:A-|A+
WITH NEW municipal and national governments having taken office over the past six months, not a day seems to go by without another audit being announced - of personnel, of finances, or merely of the state of affairs after years of governance by outgoing executives.

In Banská Bystrica, for example, new mayor Ivan Saktor, a former union leader, has promised to audit the city's staffing needs. "I found that 184 people work at City Hall, which seems to me rather a lot," he said. "Of course, we will be working together with employees and the unions on this."

In Nitra, incoming mayor Jozef Dvonč also launched a personnel and financial audit immediately after taking office following December 2 elections, although he has said he doesn't expect to be making major layoffs.

In Žilina, meanwhile, new mayor Ivan Harman pronounced the state of the city's finances "disastrous", and promised - what else? - a thorough audit.

Although Harman promised last December to wait for the audit before he said anything, "the discoveries we have made in the last month at City Hall" prompted him to speak out.

"I know what bills are past due, I know what debts the city has, so I can say without a doubt that we're not in a good position, especially given the loans that will come due in the future," he said in an interview with The Slovak Spectator on January 31.

While the launching of audits has been a tradition of new governments in Slovakia since the Dzurinda administration came to power in 1998, auditors themselves have often questioned the use of the procedures by local governments, as well as whether the money such audits cost is being used wisely.

"The cost of the audits that some of these city mayors have announced could be in the hundreds of thousands of crowns," said Peter Lavčík of the Slovak Chamber of Auditors. "In the case of personnel audits, the costs can be even higher."

Bart Waterloos, manager of the Bratislava branch of the Belgian VGD tax and audit firm, also questioned the need for the audits.

"One city in Belgium got a big-four audit company to do a complete audit, and they uncovered a lot of issues, so yes, such audits can help inform the new mayors of mistakes made in the past," he said.

"However, these are normally only done when there are clear signs of wrongdoing or fraud. Just doing an audit of all the contracts signed [by the previous administration] is in my opinion a waste of money and energy that could be used in a better way."

Waterloos said that audits of city finances could reveal various things, such as "whether services were invoiced without a real job being done, or whether the prices charged for certain investments were inflated. They could also assist the new mayors in documenting the [financial] flows around the municipality in the past, and to which companies the money went. But such audits can be very expensive, and you have to ask whether the municipality will eventually recover the money."

Mayor Harman of Žilina, when asked whether the money Žilina planned to spend on its audit shouldn't better be used to pay down the city's debts, said it was essential to uncover any "land mines" that remained after 16 years of uninterrupted governance by former mayor Ján Slota, now the head of the Slovak National Party in the ruling coalition.

Instead of the Sk600 million debt that Slota claimed he had left the city, Harman said, Žilina actually owed Sk800 million, as well as Sk1.3 billion in the form of a "returnable grant" to the state connected to the building of the nearby Kia auto plant.

"For us this means that at least this year there will be no money for development in the city," he said. "The city acted very irresponsibly under Slota and spent all its loan funds either on paying off old debt or covering operating costs."

One such deal being challenged is the development of a plot of land on Štúrovo Námestie sold under Slota to the HB Reavis developer, which began preparations there for building another of its AuPark shopping centres, including cutting down trees in the pedestrian zone. According to the city, Slota issued planning and building permits before securing all the necessary documents. The case is now in court.

In the past, audits have often been used in Slovakia by incoming administrations to send a political signal to voters that they are more law-abiding than their predecessors. However, Harman said this was not true in his case.

"My interest is to ensure a thorough investigation of the town's finances after 16 years [under Slota]. During that time, various relationships and obligations were created that we have to first discover and then analyze. I have no interest in a "media" audit, I want the real thing."

While Waterloos of VGD said his firm was not involved in such work, he said the choice of company to perform city audits should always be reviewed to screen out the possibility of clientelism.

"If you really want an independent auditor with the necessary expertise to perform these jobs, there is little choice but the big four audit companies," he said. "You really need very qualified and experienced people for this. If these audits are performed by friends of those in power, then after the next elections we will probably again see another round of audits of how the money was channeled away through contracts to related companies."

"I would like to see the Žilina audit performed by a large multinational audit firm, and I would prefer it was not from Slovakia," Harman said. "We will have to wait for the results of the tender to choose an auditor, and we will also have to bear in mind our financial capabilities. But we don't want a little city firm to do it, because we will really be going back 16 years."

Ministries and the rest

While towns and cities around Slovakia are only now launching audits or preparing tenders to select auditors, many state institutions that changed hands after last June's general elections already have the results of audits in their hands.

The STV public broadcaster, which had PricewaterhouseCoopers audit 24 contracts signed under the former Richard Rybníček management, found that some signatures on contracts had been antedated, while other services that had been paid for had not been performed, or had been done by STV's full-time staff.

A personnel audit at the National Bank of Slovakia resulted in a new organizational structure as of February 1 that will allow the NBS to lay off 250 people - 20 percent of its current staff - over the next three years.

Ivan Petranský, the newly elected head of the Nation's Memory Institute archive, has also suggested he may launch an audit of the archive's files to see whether any are missing.

Audits are even more common among government ministries, due to the government's commitment to reduce employees in the state administration by 20 percent by the end of the year.

However, here too questions are being raised as to whether the money is being spent wisely.

Although each ministry was to come up with a plan of lay offs to meet the target by the end of January, many are only now getting around to auditing their staffs, and some are already saying outright that they need to hire more people to fulfill their tasks, rather than slim the ranks.

"So far we haven't fired anyone, and the fact is that we don't even have a full staff. We could have to hire more people in future if we get given any more responsibilities, and if we have to lay people off, I don't think we can manage," said Health Ministry spokeswoman Silvia Balázsiková.

A ministry audit can cost anywhere from Sk2-20 million. "Audits are a way of helping us to save state budget money, and ours will cost from Sk15-20 million," said Foreign Ministry spokesman Ján Škoda.

The Education Ministry, which has said it will need to hire more people to deal with its EU funds agenda, has launched a personnel audit all the same.

"It's up to each ministry how much they spend on an audit, or whether they do one at all," said Deputy Finance Minister František Palko.

"There have been enough of these audits," he said. "Our own analyses have shown they are not very effective. That's why the ministry is doing its own analysis of what is needed."