TATRANSKÁ LOMNICA - Snow was all that ski centres in this High Tatras mountain resort had been waiting for to open the winter season. In the second half of January - three months later than normal - the flakes finally fell. 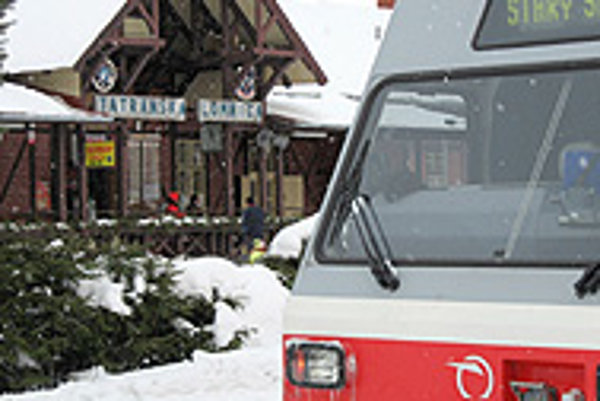 Font size:A-|A+0
TATRANSKÁ LOMNICA - Snow was all that ski centres in this High Tatras mountain resort had been waiting for to open the winter season. In the second half of January - three months later than normal - the flakes finally fell.

However, this change in the weather from Slovakia's unseasonably mild winter was a decidedly mixed blessing. Late-January blizzards and strong winds caused havoc with the transport network, and despite finally being blanketed with snow, the town's ski centres remained closed.

"The cable car to Lomnické Sedlo [a Tatranská Lomnica ski station] has been closed more often than open, even after the blizzards stopped. The wind remains very strong here, and the weather very unreliable," said Jozef, 31, who runs a souvenir shop at Lomnické Sedlo.

"Last year I had to close the shop for only one or two days during the season, but now it's much worse," he said.

Jaroslav Schőnwiesner, who runs a small hotel and ski rental shop close to Lomnické Sedlo, also complained that the recent snow had still not provided more skiing opportunities. "There is no lack of people here, but there are few places to ski," he said. "The best conditions are high up in the mountains, but those areas are only for skilled skiers." When interviewed on January 29, Schőnwiesner said his hotel was half full.

Lena, 25, was visiting the hotel from her native Ukraine with a group of friends, and said she didn't mind the relatively modest ski possibilities. "This is the first time we've been here, and we like it very much," she said in praise of the alpine mountain atmosphere. "We're planning to stay for a week."

However, Schőnwiesner said that most visitors tended to tailor the length of their stay to the skiing conditions. "Some of our visitors have already left after three days if the weather didn't allow them to ski," he said.

On the other hand, the Jamy ski centre in Tatranská Lomnica profited from the winds that prevented the cable car from servicing Lomnické Sedlo. A group of students from Moscow were among those who chose it for snowboarding. Daša, 17 and Katarina, 18, said it was the only option given the bad weather. "We didn't want to waste a minute, so we decided to go snowboarding even though the weather was awful," said Katarina.

Ľuboš Lazarák, who owns a ski rental shop at Jamy, said the season didn't start this year until the end of January. "There were skiers at Christmas and New Year's, but we had only artificial snow, which was soon gone. Jamy has been running at 100 percent for only a few days."

The unusually mild temperatures from November to January forced many ski centres to rely on artificial snow, but with disappointing results: although the temperatures fell below zero at night, the sun melted the snow the next day.

Lazarák said that ski resort owners were not prepared for a winter without snow, apart from those in the Štrbské Pleso and Ždiar High Tatras resorts, which used all the time available to lay artificial snow.

Emil, 29, and his girlfriend Irena, 26, from Poland said they preferred Štrbské Pleso above all other ski centres in the High Tatras. Like dozens of other hardy ski fans, they had hit the slopes despite the strong wind.

"This is the third time we've been to the Slovak side of the High Tatras, and we always spend most of our holiday in Štrbské pleso," Emil said.

"Snow conditions here are perfect right now. We would prefer sun instead of this wind, of course, but it's still better than if the sun melted all the snow."