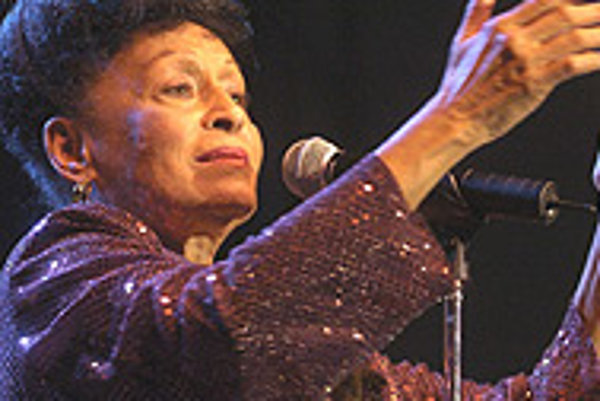 A documentary about the group made two years later by German filmmaker Wim Wenders earned an Oscar nomination, and generated even more fans, especially in the United States and Europe.

The Buena Vista Social Club hasn't stopped touring since. And on February 7, the Havana Lounge, a group of stellar Cuban musicians well versed in the style of the great masters of Buena Vista, will continue the magic. It all happens at the Pasienky Sports Hall at 19:00.

The Club's first concert showcased Ibrahim Ferrer, its charismatic 77-year-old lead singer, who died in August 2005. Ferrer was beloved for his fluid voice, kind smile, and unassailable mastery of bolero, a steamy Latin song style that uses harmonizing voices and a guitar accompaniment to express lyrics about unrequited love.

Then the elegant Omara Portuondo graced the city's venues, arriving in March 2005 to share tunes from her hit album Flor de Amor.

This time, Julio Alberto Fernández will take over where Ferrer left off. Before joining the Buena Vista Social Club, Fernandéz was personally recruited to sing alongside Compay Segundo, arguably the greatest Cuban singer ever, in his band, Compay Segundo y sus Muchachos.

He'll be sharing the microphone with Teresa Garcia Caturla, a feisty performer from a family of popular Cuban musicians, and co-founder of the Afro-Cuban All Stars, with Juan de Marcos Gonzáles.

Two fantastic trumpeters will also play that evening. The first is Yanko Pizaco, a professor at Havana University, who has performed with the likes of Wynton Marsalis and Chick Korea. Over his career, Pizaco has been part of several major bands, including the Afro-Cuban All Stars and the Buena Vista Social Club.

The event will be hosted by singer Daniel Martín, who topped the radio charts in Argentina with Cómo la Extraňo. Another of his hit singles, En Ese Momento, has been named the official song of the Cuban national campaign against AIDS for 2007.

Guests include Mango Molas, a Slovak band that mixes samba, bossanova and Afro-Cuban rhythms with new styles. The group will be playing tunes from their new album.

Live from Buena Vista - The Havana Lounge plays at the Pasienky Sports Hall in Bratislava on February 7 at 19:00. Tickets range from Sk 790 to Sk 990 and are available at www.ticketportal.sk.