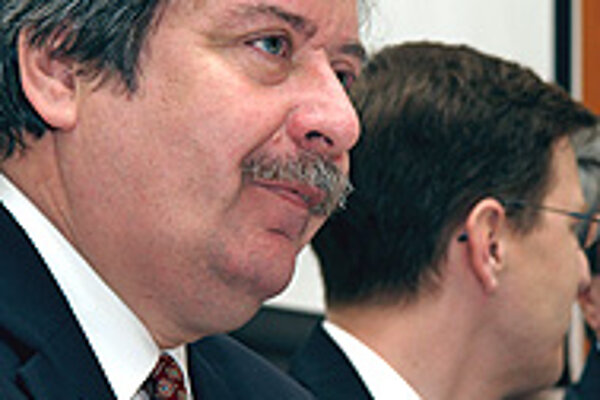 Viktor Nižňanský (VN): I don't think state spending will decrease, even though the target number of state employees might be reached. In terms of state expenditures, the first thing that needs to be done is to analyze the activities [of state offices], to examine the tasks they are responsible for performing, and to propose which tasks the state does not have to perform. This would be a continuation of decentralization, from the transfer of responsibilities to municipalities all the way to privatization. These analyses should also check for possible internal savings at various institutions, and eliminate redundancy at ministries and among ministries, such as in informatization, property administration, public procurement and so on.

TSS: What negative impact, if any, could the blanket staff cuts have on state bodies?

VN: [Plans to cut staff] tend to be popular, but the authorities usually fail to go through with them in the long run. Following short-term cuts they quietly start increasing their staffs again, each time coming up with various reasons why. We have already seen many examples of this.

Now, on the one hand they are trying to cut staff, while on the other hand they face pressure from the EU to increase staff [who deal with the EU agenda] by 1,500 employees.

Another possible negative impact is an increase in management positions at the expense of experts, as well as the increased politicisation of the state administration as part of people's efforts to keep their jobs.

TSS: Cutting state spending is not a bad idea, so how would you recommend the government do it?

VN: One way to decrease expenditures in the state administration is to make better use of existing resources. However, I think the overall nature of the state administration is a bigger problem. First of all, centralization still prevails, meaning that the public sector performs services that could be more efficiently provided by the private sector. We are also seeing efforts towards even greater centralization at the moment.

Second, the laws that have been approved are creating more work [for bureaucrats], which in turn tends to increase public expenditures; the European bureaucracy contributes to this as well.

Third, the fact that we are behind in the area of e-government results in more paperwork and more bureaucrats. A long-term and effective plan for the use of public resources can only be achieved through changes in the system - decentralization, modernization, and regulatory reform.