THE INDEPENDENT energy market regulator will henceforth do its work with the government peering over its shoulder, according to an amendment to the Regulation Act passed by parliament on February 7. 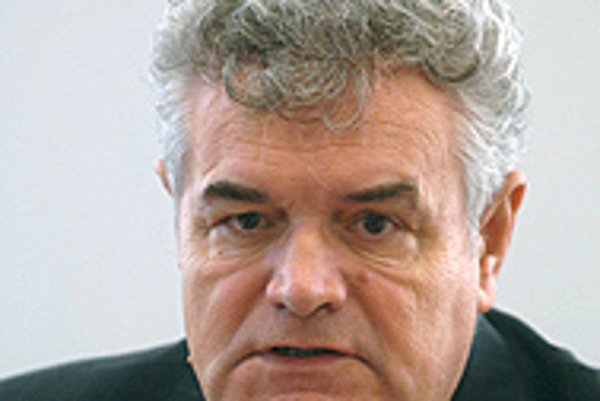 Font size:A-|A+0
THE INDEPENDENT energy market regulator will henceforth do its work with the government peering over its shoulder, according to an amendment to the Regulation Act passed by parliament on February 7.

All six members of the regulatory council, the regulator's top body, are to be dismissed and replaced with new nominees appointed by the government and parliament on March 15, the date the amendment takes effect.

The new rules are part of the new Fico government's attempts to secure lower energy prices after almost eight years of steady increases, and to prevent energy market companies from abusing their dominance.

The regulator, officially called the Bureau for the Regulation of Network Industries (ÚRSO), is primarily responsible for setting the prices of electricity, natural gas, heating and water in sectors where the lack of competition could allow energy providers to abuse their position. The ÚRSO calculates prices on the basis of justified costs and a reasonable profit.

Economy Minister Ľubomír Jahnátek said the new rules would make the process of setting prices for gas and electricity more transparent, and would prevent price-gouging. "It will ensure a system of fair prices, meaning that the regulator will no longer include [energy purchase, production and distribution] costs that cannot be verified in the prices it sets," he said.

However, according to the political opposition, the amendment brings politics into the setting of energy prices, and restricts the independence of the regulator.

According to the new rules, the chairman of the regulatory bureau and members of its regulatory council may be fired at any time for "not following regulatory policy".

"In other words, if they don't vote the right way," said Daniel Lipšic, an MP for the opposition Christian Democrats.

When the bureau was set up in 2003 by the former Mikuláš Dzurinda government, the terms of office of the regulatory council members were staggered, with two members serving for two years, two for four and two for six. The goal was to reduce the impact that changes in government might have on the composition of the council. However, the Fico government's intention to clean house and start afresh with new personnel ignores this principle.

While opposition politicians said the changes put the regulator under the political control of the Economy Ministry, the final version of the bill was less draconian than feared, due to changes made to the original draft following objections by the European Commission.

The amendment says that the Economy Ministry must be given an opportunity to pass judgement on the pricing decisions of the regulator. However, if the regulator disregards what the ministry says, it must merely publish the ministry comment along with its price decision. In other words, the ministry's positions are non-binding.

Furthermore, the wholesale price of energy and the price of energy sold directly to large industrial consumers will not be regulated as originally proposed, except in cases where the regulator judges that the interests of consumers are at risk, that the market is not sufficiently open, or if the country is in a state of crisis. Jahnátek conceded that he had backed away from compulsory regulation of industrial energy prices after objections from the EU.

Nevertheless, it is not certain that industrial prices will remain unregulated, as for several years the SPP natural gas utility has had a de facto monopoly on the market, even though it is formally open to competition.

Jahnátek said the law could help Slovakia in its aim of adopting the euro in 2009 by giving the regulator greater tools to control energy prices, which have a major impact on inflation.

Countries applying to adopt the euro must, among other criteria, have an inflation level that is no higher than 1.5 percentage points above the average for the three best performing EMU countries. In concrete terms, Slovakia will have to keep inflation under about 2.8 percent to make the grade; in late January, the Finance Ministry dropped its inflation forecast for 2007 from 2.5 to 2.2 percent, and its 2008 forecast to 1.9 percent.

However, Tatra Banka analyst Robert Prega said that the European central bank would be sure to notice any attempts to artificially lower inflation to meet the ceiling for euro adoption. "The bank has been following inflation trends over the longer term," he said.

Ivan Mikloš, an MP with the opposition SDKÚ party, also warned that the government might use the impending dismissal of the regulatory council members to replace them with officials who are amenable to finding an out-of-court settlement with seven firms whose rights were allegedly violated by the regulator in 2003.

The companies base their claim on two verdicts issued by Slovakia's Constitutional Court in July and November 2006, which stated that the energy market regulator broke the law when setting energy prices.

According to the Court, the regulator should have announced what it was planning to do before making any changes to energy prices. However, the head of the regulator's legal department, Frederika Imrichová, said that the bureau had made its intentions known - at the same time as it changed the energy prices.

"The new leadership [of the regulator] will take a passive approach in court and will allow the courts to confirm the rights of the plaintiffs to compensation," Mikloš speculated.

MP Július Brocka of the opposition Christian Democrats also noted that several of the companies bucking for compensation had ties to the government. For example, Železiarne Podbrezová boss Vladimír Soták helped to prepare the Regulation Act amendment and works closely with Jahnátek, while the minister himself served on the supervisory board of NCHZ in the 1990s, and reputed Smer party backer Andrej Babiš is the owner of Duslo Šaľa.