TRANSPORT Minister Ľubomír Vážny has a plan to speed up the construction of freeways in Slovakia, and has introduced the first in a series of promised draft laws to make the expropriation of land under freeway routes quicker and easier. 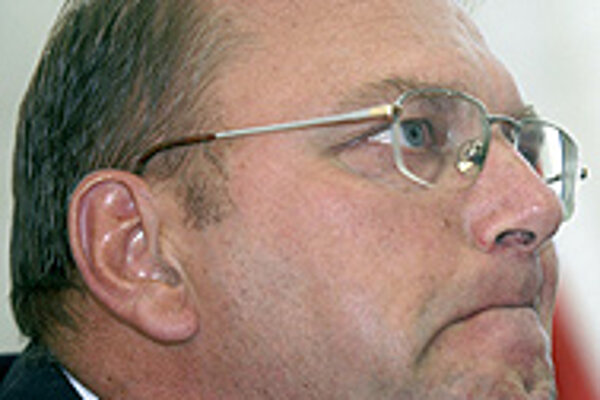 Font size:A-|A+
TRANSPORT Minister Ľubomír Vážny has a plan to speed up the construction of freeways in Slovakia, and has introduced the first in a series of promised draft laws to make the expropriation of land under freeway routes quicker and easier.

According to the proposal, the state freeways administration would be empowered to expropriate land even if it failed to reach an agreement on compensation with the owners of the land. People who objected could take the state to court, but this would not prevent construction from beginning on their land.

Under the current system, landowners must agree to such deals before regional construction offices can issue permits allowing the freeways administration to proceed.

"We will try to ensure that no citizen is injured in this process," said Vážny. "Of course, the compensation offered will be at market prices."

However, constitutional law expert Radoslav Procházka said the proposal was both unconstitutional and disingenuous. "Relying on state bureaucrats to guarantee the protection of people's basic rights and freedoms is a bit optimistic," he said. "Besides that, one of the legal preconditions for expropriation is the provision of adequate compensation, and it is not possible to expropriate anything before such compensation has been provided."

One of the principal motivations for the suggested change is the delays encountered in the past with land acquisition for important foreign investment projects, such as the Kia car factory near Žilina.

Ľubomír Palčák of the Transport Research Institute in Žilina said that the simplified expropriation procedures would affect 13 freeway corridors where construction has bogged down due to land disputes. "We desperately need to speed up the construction of freeways and other transport infrastructure," he said. "I don't think we could move forward without this [law]."

Appearing on the TA3 all-news channel on February 6, Vážny offered examples such as the D1 freeway in eastern Slovakia between Svinia and Prešov, which from the first technical studies to the recent start of construction took 11 years and 2 months, and the Važec-Mengusovce section of the D1 in eastern Slovakia which took 7 years and 8 months to get a construction permit.

"With such time frames we cannot deliver enough projects to meet the aims of the government program," said Vážny. "There is a demand in society for these projects, so we have to speed things up. These new rules could reduce the preparatory phase from 11 or 7 years to 2-2.5 years."

But constitutional lawyer Marek Benedik said the problem lay with the approach of state bureaucrats to land negotiation, rather than with problems in the current expropriation procedures.

"I regard this draft as anti-constitutional, and I'm not alone," said Benedik. "But the problem is also that this proposal is anti-social, that it is not well thought out, and that it would create enormous difficulties in practice.

"Even in the current system, the problem is that the state expropriation proposals are poorly prepared, while the official land valuations are full of mistakes and incompetently prepared, and state bureaucrats are also unprepared for the procedure and make many mistakes. This is the source of the delays, and I ask whether because of these mistakes the state should start violating the rights of citizens."

Benedik said that if the state took a more serious approach to expropriation, the current system would work fine.

"The basic problem with the KIA site was that the official valuations did not respect the market value of the land. The time and energy the ministry is investing in the new rules would be much better spent on negotiating seriously, rather than misleading people or threatening them.

"The Dzurinda government showed the current administration how not to do it. It also revealed that people are willing to sell their land for a fair price, but not for a laughable sum."

It is not clear whether the proposal will take effect in its current form, as the Transport Ministry has only recently submitted it to governmental review. The draft must still be approved by the government and parliament.