Peter Brňák: An MP for the HZDS ruling party from 1994 to 2002, Brňák later served as a Supreme Court justice and a member of the Judicial Council. In December 1996 he voted in favour of a motion to strip HZDS MP František Gaulieder of his parliamentary mandate. 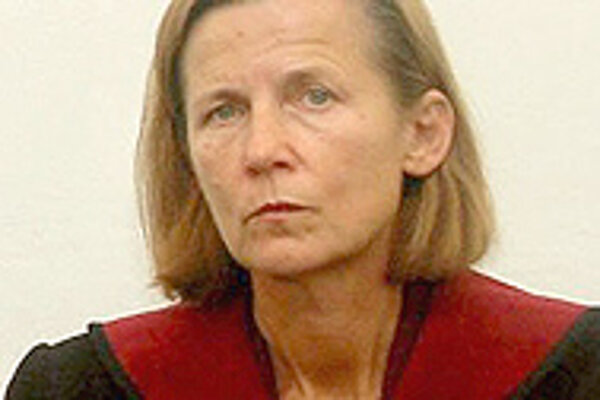 Font size:A-|A+0
Peter Brňák:An MP for the HZDS ruling party from 1994 to 2002, Brňák later served as a Supreme Court justice and a member of the Judicial Council. In December 1996 he voted in favour of a motion to strip HZDS MP František Gaulieder of his parliamentary mandate. According to the Constitutional Court, in doing so the parliament violated Gaulieder's constitutional rights. Brňák was put forward as a Constitutional Court candidate by HZDS party chairman Vladimír Mečiar (see the article on Gaulieder on this page).

Ľudmila Gajdošíková: Until January 22, 2007 she was a Constitutional Court justice. She represented the reformed communist Democratic Left Party (SDĽ) in the Czechoslovak federal parliament from 1990-1992. She was supported in her repeat candidacy by the Smer party.

Sergej Kohut: Until now, Kohut has been a Supreme Court justice. He ran against current Justice Minister Štefan Harabin for chief justice of that court in 2002, but in the end Milan Karabín was elected. He was supported in his candidacy by the Slovak National Party, but received votes in parliament from the opposition as well.

Milan Ľalík: A Supreme Court justice currently on a work placement with the Justice Ministry. He is a close ally of current Justice Minister Štefan Harabin, and was put forward by the Slovak Union of Independent Judges. He was supported mostly by the ruling coalition Slovak National Party.

Iveta Marušáková: Until now, she has been a Supreme Court justice; the HZDS party tipped her as a possible candidate for justice minister. She was elected as a Constitutional Court candidate during the Mikuláš Dzurinda government.

Lajos Mészáros: Mészáros was also a Constitutional Court judge until January 22. From 1998-2002 he was an MP for the Hungarian Coalition Party (SMK). He has published many articles on civil and constitutional law. He was nominated by former Constitutional Court Chief Justice Ján Mazák, and was supported mainly by the opposition.

Marianna Mochnáčová: A lawyer and a long-term advisor of the Constitutional Court. She was head of office for former Constitutional Court Chief Justice Milan Čič, who currently runs the Office of the President. Her candidacy was supported by the Smer party.

Rudolf Tkáčik: A lawyer who ran the legislative council of the Office of the Government from 1990 to 1992, Tkáčik deals mainly with business and civil law. He was nominated for the Constitutional Court by Attorney General Dobroslav Trnka, and was supported in parliament by both coalition and opposition MPs.