The tunnel under the river

THE STATE railways company is planning to build a tunnel under the Danube River as part of an ambitious three-stage project that will link the Slovak capital by rail with Vienna and Paris. 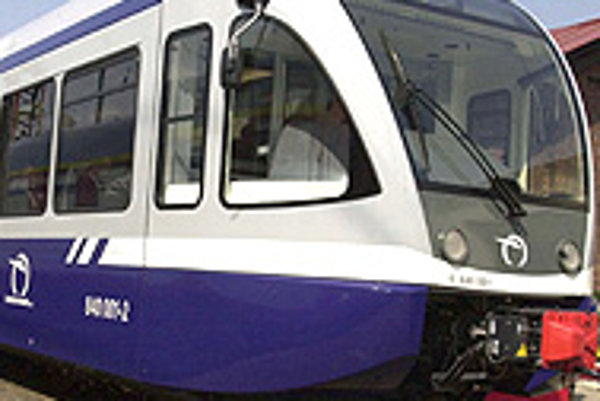 Font size:A-|A+0
THE STATE railways company is planning to build a tunnel under the Danube River as part of an ambitious three-stage project that will link the Slovak capital by rail with Vienna and Paris.

The project design, which alone costs Sk940 million and is the most expensive in Slovak history, is being drawn up by a group of developers under Dopravoprojekt and Infraprojekt, and is being financed half by the European Union and half by the state budget. It should be complete in three years.

The Bratislava part of the rail corridor will carry trains 16-20 metres underground and will have four stops, thus serving as a means of city transport similar to the subway that the city discarded years ago as too expensive.

"The length of the underground tunnel in Bratislava will be six kilometres with four stops including two existing ones - Predmestie and Filiálka - and two new ones on Páričkova Street and Dostojevského Rad," said Daniel Maruniak, director of development at Slovak Rail.

The tunnel should begin at the Predmestie station in the Rača district in the northeast of the capital and emerge at Einsteinova Street near the Átrium shopping centre in the Petržalka suburb on the south side of the Danube River. There it will link up to the existing railway tracks at the Petržalka station leading to Vienna. Trains are expected to run every 20 minutes.

Apart from linking the Predmestie, Filiálka and Petržalka stations, the project also calls for a new five-kilometre electric line from Devínska Nová Ves to Marchegg in Austria, and for the M.R. Štefánik airport in Bratislava to be hooked up to the railway line.

The building of the tunnel and the tracks from Petržalka to Predmestie should cost around Sk12.5 billion, while the tunnel connecting the airport and the railway line will cost Sk1.4 billion. The start date for the construction is 2010, and it is expected to take five years.

"It's difficult to say exactly how much it will all cost, because we don't know what we will find 16 metres underground," said Maruniak. It is also now known how much it will cost to buy the land needed for the project.

Although 29 firms picked up tender documentation for preparing the project, only three eventually submitted bids, as reported by the Trend business weekly. The most expensive bid - the Dopravoprojekt and Infraprojekt offer - eventually beat out the two cheaper rivals, Prodex and Reming Consulting, which offered to do the project for Sk640-650 million. The state railways firm said their offers were too low.

"We really put a lot of thought into the price, and factored in a 10 percent profit," said Reming head Slavomír Podmanický. "I think our calculations were right, as was shown that the other firm [Prodex] submitted a bid that was only a few million more expensive."

Asked whether Dopravoprojekt had suitable references to be designing such projects, director Gabriel Koczkás told Trend that "maybe it will seem a bit immodest, but you have to realize that there is no designer in Slovakia better equipped to carry out such projects than Dopravoprojekt."

Other questions surrounding the project concern the need for such an expensive solution to Bratislava's transit problems.

The railway development project is meant to help principally people traveling by train to the capital from nearby Trnava and Galanta, but as one city resident noted, such connections already exist.

"The tunnel should connect the Predmestie station with the Mlynské Nivy area and Petržalka, which at first glance is a great idea," said Petržalka resident Tomáš Husár. "However, you can already get from Predmestie to Petržalka by surface train over the Prístavný Bridge in about 20 minutes. So why throw all those millions away when a connection already exists? What would it save, 10 minutes?

"I think Slovak Rail should use this money to rebuild its existing stations. I've traveled all over Europe, but I've never seen as ugly and depressing a station as Predmestie."

Bratislava city representatives have also taken a reserved approach to the project, with mayor Andrej Ďurkovský saying he wants to discuss it with Transport Minister Ľubomír Vážny before making a statement.

The project so far contains no figures on the economic impact on Bratislava, or on how many city residents would use the trains. While the Bratislava city master plan leaves room for a rail connection through the city, it still has not been approved yet.

"We're right at the beginning and there's not much time. What we really need is an agreement among all concerned that they really want this project," said Viktória Chomová, head of communications at Dopravoprojekt.