Koreans, locals getting over culture shock

IT HAS BEEN three months since the Korean auto manufacturer Kia started regular production at their new plant near Žilina, and life is starting to get back to normal for local residents. 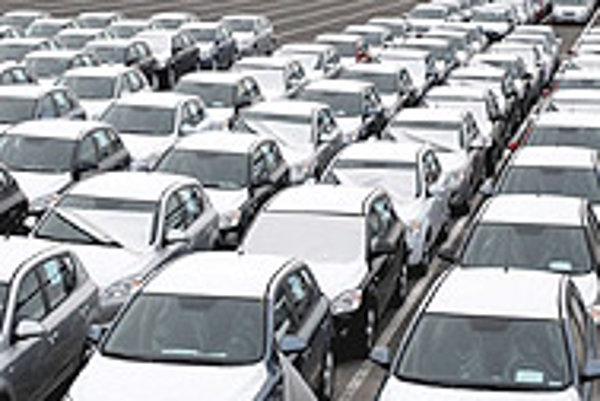 Font size:A-|A+0
IT HAS BEEN three months since the Korean auto manufacturer Kia started regular production at their new plant near Žilina, and life is starting to get back to normal for local residents.

The construction of the Kia plant, which was the biggest foreign investment in Europe at the time, has not been an easy one. Ever since early 2004, when the Korean investors announced their choice of Slovakia over its short-list competitor Poland, the project has been plagued with complications ranging from disputes over land prices to disputes over investment stimuli to disputes over compulsory morning exercises for employees.

The inhabitants of Teplička nad Váhom, the village outside Žilina where the plant was built, do not say much about the Koreans except that they pay little and, until recently, required everyone to do warm-up stretches every morning before starting work, the Pravda daily reported on February 9.

When the plant first started trial production, Kia's Korean managers, coming from a culture of long working days and little division between private and company life, were not able to understand why some of their new Central European employees were refusing to take part in the plant's obligatory morning exercises, which is common practice in Kia plants worldwide.

Dušan Dvořák, Kia Motor's spokesman in Slovakia, said that the problem was in the way the exercises were presented, not in the idea itself.

"[Morning stretches] are a practice that the Koreans would like to apply in Slovakia as this type of exercise encourages relaxation and helps to increase safety at work," he said.

But for some, the compulsory pre-work stretches were just too foreign and felt forced.

"For us, warm-ups before work is unusual," said Ján Valo, the village's parish priest, "but along with their investment the Koreans have also brought their culture. Now both cultures are adapting to each other bit by bit. The compulsory morning stretches have already been stopped."

Teplička residents who are employed at the plant have also complained about the low pay.

When Kia first started hiring in Slovakia, they offered to send new employees on a six-week training course in Seoul, but only if they signed a fixed-term contract. Now they are dissatisfied with their wages but are unable to do anything about it due to the terms of their contracts.

Valo added that "before production started, the village council was estimating that around 500 more people would move in. So far this hasn't happened. People can't buy a house on those wages."

One of the biggest roadblocks encountered during the whole development process came up in 2004 when the people who owned the land on which the plant was to be built were unwilling to sell for the price offered.

All but around 40 of the total 220 hectares were sold for the state's valuation price of Sk140 per square metre, but some owners held out for the Sk350 that they had originally demanded. The state finally accepted the landowners' terms when the situation turned critical and Kia Motors threatened to put the project on hold. The landowners who had sold early then petitioned the state for the difference between what they had been paid and the Sk350 that had been granted to their neighbours. Finally, then-Finance Minister Ivan Mikloš described the whole situation as being 'unbearable' and agreed to pay all the landowners the price asked for.

In Teplička nad Váhom, most of the families who profited by selling their land invested it in new windows or roofs for their houses. However, others have decided to keep the money and some have already drunk it all away.

"Some families have had arguments over it, there are now even problems between 70- and 80-year-old siblings," said Bolo. "It used to be that a parent would leave all of their property to one child when they died. Now that the property has been sold to Kia, in some families the eldest is keeping the money because it says on paper the he's the inheritor. He's saying, 'I inherited it so it's mine', and not sharing it with his brothers or sisters. So now there are arguments. This isn't a problem with Kia but with these people's characters." Bolo split the money he received for the sale of his property among his six brothers and sisters.

Nevertheless, according to the village mayor, Milan Lazar, things really have not changed that much. A few people's businesses have grown and a few people have found employment.

"At the beginning I felt a slight change of atmosphere [in the village], but I'd say that people's individual lives haven't changed much. Definitely not for the worse," he said.