Plans are underway for a network of greenways that will run the length of Slovakia's borders with the Czech Republic and Austria. 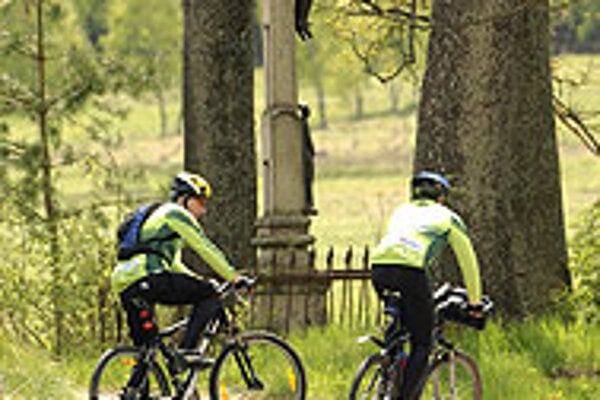 Font size:A-|A+0
Plans are underway for a network of greenways that will run the length of Slovakia's borders with the Czech Republic and Austria.

The Senec-Pezinok Regional Development Agency (RRA) wants to extend its Bike Paths Without Borders (Cyklotrasy bez hraníc) project to include not only the area near the Slovak-Austrian border, but also the area near the northern Slovak-Czech border as well.

The Senec-Pezinok RRA has started negotiations for the project with representatives of the Bratislava region, the Skalica RRA, the Senica RRA, and the towns of Skalica, Senica, Holíč, and Gbely. Together they plan to make use of the international Odra-Morava-Dunaj greenway whose Slovak section runs through the country's western Záhorie region.

When the route is completed, it will be possible to cycle from Bratislava to Skalica on designated bike paths.

It is hoped that the development of cycle routes in Záhorie will benefit the budding cooperation between Slovakia's Záhorie region and the Czech Republic's Slovácko region. The RRA hopes to help improve the quality of services that will be available along the route, as well as prepare more projects to help bring more visitors to Záhorie. The project plans also include an extensive database of sites, trails, and tourist destinations, which will be compiled with the cooperation of the towns and citizens of Záhorie. This information will soon be accessible at www.zahorie.info.

Different services and attractions along the route will be signposted and certified, helping walkers and cyclists to make the most of their trip. The plans for the route itself will focus most of all on the development and maintenance of safe, environment-friendly paths and greenways.

The director of RRA Senec-Pezinok, Ľuba Pavlovová, told the TASR newswire on February 5 that similar programmes have met with great success in the Czech Republic, where there are 27,000 signed cycle routes and more than 1,000 certified services and attractions including accommodations, restaurants, camps, and historical sites. RRA Senec-Pezinok has expressed interest in receiving training for certifiers from the Czech Partnerství foundation, the group that was responsible for compiling and rating services offered along the Czech greenways.