PREŠOV'S new mayor, Pavel Hagyari, has announced his vision of a conurbation of Slovakia's second and third largest cities, Prešov and Košice. 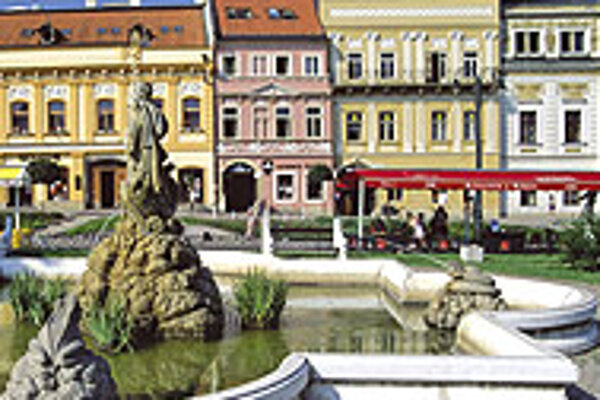 Hagyari met with his counterpart from Košice, František Knapík, on February 9 to discuss the possibilities of economical and social cooperation between their two cities.

He said that the two cities should, instead of competing with each other, form a cooperative partnership in order to build an eastern Slovak "economical, political, and social counterbalance to Bratislava".

The possibility of forming a conurbation of the two cities was put forward by the mayor of Prešov with the support of the Viennese architect Walter Hildebrand, who also helped form the Bratislava - Vienna 'europolis', reported the Prešovský Korzár daily on February 13.

The creation of an eastern Slovak alliance of cities is not a new concept. At the beginning of the fifteenth century, Prešov and Košice were both part of a league of five towns known as the Pentapolitana, which also included Bardejov, Levoča, and Sabinov. The league worked to develop and control two major trade routes that passed through their common territory.

According to Hagyari, teamwork between Slovakia's two easternmost regional capitols should "put to rest the question of whether Košice and Prešov are partners or adversaries." The mayor is convinced that it is necessary that these cities realise a mutual programme of economic and social development, working together to create a better environment for those seeking employment and also for cultural life.

A regional forum entitled 'Košice and Prešov: Partners or Competitors?' will be held at the Košice Technical University in March to discuss the opportunities that the two cities have for close cooperation. Specialists in the fields of economics and geography have been invited, along with representatives of both cities.

Hagyari admitted that his dream of cooperation will be only a vision until "experience proves whether or not the idea is acceptable to the people and on the market."