THE LUTHERAN Church of the Augsburg Confession in Bratislava celebrated its 400th anniversary at the Petržalka House of Culture on February 6. 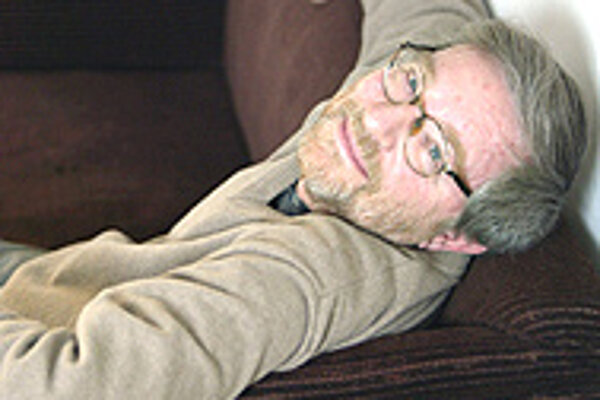 THE LUTHERAN Church of the Augsburg Confession in Bratislava celebrated its 400th anniversary at the Petržalka House of Culture on February 6.

The church is perhaps best known for its school, which Ľudovít Štúr and Jozef Hurban, central figures of the Slovak National Awakening and "fathers" of the Slovak identity, attended in the 1830's. Since reopening in 1991, the school has thrived under director Ľudovít Kuruc, who has built up its reputation for bilingual education and attracted nearly 100 American instructors over the years.

The evening's entertainment, organized by Ján Juráš and Martin Porubjak, showcased talent from among the students, as well as some professional performers associated with the school.

Takáč relied largely on the kind of unaccompanied percussion, such as stomping and clapping, that's so often part of Slovak folk performances. When divorced from the instrumentals and vocals, his technique matured and his inventive moves kept the show fascinating. Madej held the microphone close for part of the performance, adding his own style of forced air percussion that has become a staple of hip-hop culture. To that he added some break-dance moves. And as the battle came to an end, the music began to play, and each fell back on an established style of music.

Another highlight that bridged the traditional and modern was a humorous piece written by Slovak playwright Martin Porubjak in which Štúr and Hurban reappear in present day Bratislava. The piece imagined their reactions to the changes that have taken place in their school and homeland.

Clueless as to where they might be, the pair concludes it must be Hell, until they recognize familiar landmarks. In shock, and in need of an explanation, they turn to a pair of rollerblading teenaged girls, who proceed to skate about the stage mocking them. The staging was meant to symbolize the dynamic youth of modern-day Bratislava encircling the static figures of history.

Performing the skit were Zuzana Porubjaková, Réka Dercsi, Branislav Deák, and Ján Dobrík. The actors portrayed Štúr and Hurban in a simple yet honourable light, while the Slovak teenaged girls were portrayed almost mockingly. The fact that the school had once been a hotbed of Slovak nationalism, a role punctuated by Štúr's dismissal from a teaching position there in 1843 and the loyal group of students who followed him in protest, added weight to the play's concept.

Also noteworthy was how the piece played irreverent speech and heavy Petržalka accents against Štúr's noble, soft central Slovak speech, which was especially delightful to those interested in the nuances of Slovak language and culture.

Allan Stevo is the author of the recently released collection of poems Somewhere between Bratislava and DC, available at Next Apache, Panenská 28.