FEW RECENT foreign policy topics have captured the attention of Slovak politicians more than the future of the south Serbian province of Kosovo as envisaged in a compromise plan submitted by UN envoy Marrti Ahtisaari several weeks ago. 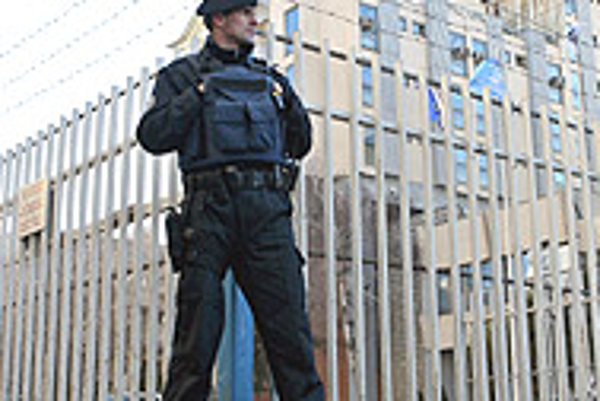 Font size:A-|A+
FEW RECENT foreign policy topics have captured the attention of Slovak politicians more than the future of the south Serbian province of Kosovo as envisaged in a compromise plan submitted by UN envoy Marrti Ahtisaari several weeks ago.

The final round of talks on the status of Kosovo, which were expected to last until the beginning of March, began in Vienna on February 21. Based on the outcome, Ahtisaari will prepare a final version of his plan to be approved by the UN's Security Council by the end of March.

Since the end of a conflict between the Serbs and ethnic Albanians in Kosovo in 1999, the province has been administered by the UN. The Serbs remain implacably opposed to independence for Kosovo, however, meaning that Ahtisaari's plan - which gives the province its own currency, diplomatic standing and everything short of formal independence - is given only a moderate chance of success.

Slovak politicians have been remarkably active on the issue, and have tended to line up behind Serbia on the issue. At a recent meeting of European foreign ministers in Brussels, Slovak diplomatic head Ján Kubiš was responsible for getting a statement that "the EU welcomes the Ahtisaari solution" dropped from the final communiqué, and was also the most vehement supporter of Serbia at the meeting.

Kubiš also managed to get a statement included that "Serbia remains welcome in the EU".

The divide is significant, because not only do the Serbs share a common Slavic ancestry with the Slovaks, but in the opinions of some observers, some politicians in Slovakia also fear that Ahtisaari's plan for Kosovo might give their own country's Hungarian minority ideas about autonomy.

These fears were voiced mainly by the representatives of the far-right ruling Slovak National Party (SNS), who suggested that the country's Hungarian minority supported Ahtisaari's plan for Kosovo because of its own thirst for independence.

"Slovak political parties should stick together and forget about what divides them because now, when they're [world leaders] talking about Kosovo, they're also talking about Slovakia. Kosovo is just a few kilometres from Slovakia's southern borders," said SNS deputy chairwoman Anna Belousovová on February 15.

However, a representative of the opposition Hungarian Coalition Party (SMK) labeled her allegations "absurd".

"We do not consider the possible independence of Kosovo as a precedent. Territorial autonomy has never been on the SMK's agenda, although we still think that collective rights [for minorities] in the area of culture and education are legitimate," said József Berényi of the SMK.

According to Ivo Samson, a senior researcher with the Slovak foreign policy association think tank, the fears of the SNS are "groundless".

"The SNS profits by fanning anti-Hungarian feelings, and is always making such allegations," Samson said.

"Both Slovakia and Hungary are in the EU and NATO. The condition for becoming members of these organizations was that both states resolve their territorial disputes."

"[By giving independence to Kosovo] we are providing space to drug dealers and human traffickers to create their own independent state," said Slota on February 8.

In order to ensure that Slovak public officials take a unified line on Kosovo in the international arena, the SNS and the opposition Slovak Democratic and Christian Union (SDKÚ) of former PM Mikuláš Dzurinda called on the Slovak parliament to adopt a declaration on Kosovo.

The two parties each drafted a declaration outlining the country's position on the issue. Both say that the future of Kosovo should not be determined without the agreement of Serbia.

According to Belousovová, Slovakia owes a historical debt to Serbia and has a duty to take a stand on Kosovo. The Serbs supported the creation of Czechoslovakia in 1918 and were among the first to protest against the Munich Agreement in 1939 and the occupation of Czechoslovakia by Warsaw Pact troops in 1968.

Slovak President Ivan Gašparovič, however, said parliament should not be in a rush to take any decisions on Kosovo, and should leave the Serbs and Kosovar Albanians to hash out a solution themselves.

Gašparovič also organized a series of meetings with the representatives of all parliamentary parties to discuss their stances on Kosovo.

At the end of the meetings he stated that all political parties in Slovakia agree "that the future of Kosovo should not be decided without [the approval of] Serbia".

According to Ivo Samson, a senior researcher with the Slovak foreign policy association think tank, there are three possible scenarios for the future of Kosovo.
"The first is to leave things as they are in the hope that the international units will eventually leave Kosovo and the Albanians will make peace with Serbs one day, but this is unlikely. Another solution is to grant autonomy for Kosovo, but the Albanians will not agree with this. A third scenario may unfold from Ahtisaari's plan, which has the greatest chance of succeeding. It will be in line with the will of the Kosovar Albanians, and because they live in Kosovo, their preference will probably be decisive for the UN's Security Council," Samson told The Slovak Spectator.