FORMER Bratislava Region prosecutor Michal Serbin maintains to this day that Ivan Lexa, the former director of the Slovak intelligence service (SIS) from 1995 to 1998, was guilty as charged. 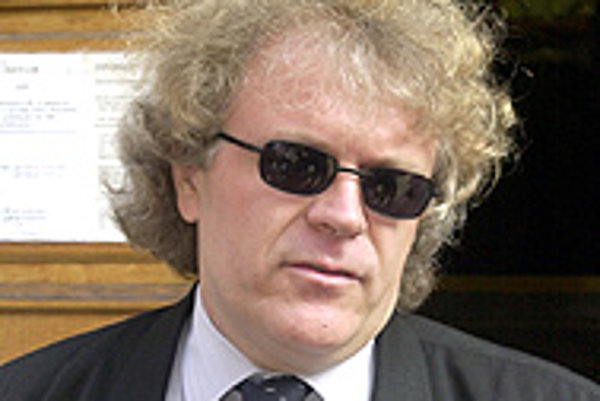 Font size:A-|A+0
FORMER Bratislava Region prosecutor Michal Serbin maintains to this day that Ivan Lexa, the former director of the Slovak intelligence service (SIS) from 1995 to 1998, was guilty as charged.

Lexa was indicted on 12 counts after leaving the SIS, including kidnapping, sabotage, and ordering a contract killing, with Serbin arguing the state's position on 11 cases. But last year, the courts set Lexa free on the last of the charges, leaving the state without a single conviction.

"I'm convinced he's guilty, that Ivan Lexa did those things, and I will remain convinced of that until I die," Serbin told The Slovak Spectator during a recent interview at a Bratislava coffee shop.

The state's '0-for-12' record against Lexa, some in the judicial sector say, was due to shoddy work by Serbin and Jozef Šátek, who at the time was the head of the Serious Crimes Division of the police corps. However, in two cases the courts were unable to proceed because of amnesties issued in 1998 by then-president Vladimír Mečiar (the kidnapping of Michal Kováč, Jr. to Austria and the disappearance of a Mercedes used to conduct surveillance on Kováč).

"Some people say the SIS cases were not properly investigated, but they have to realize what it's like trying to investigate the secret service," Serbin said. "Nowhere else in the world was the secret service ever charged with so many crimes, or was it ever in front of the criminal justice system and the courts for so many years."

The SIS was allegedly used by the authoritarian 1994-1998 Mečiar government to follow and intimidate political opponents and journalists, and its suspected involvement in planting explosives at political rallies and fomenting anti-NATO sentiments in surrounding countries helped keep Slovakia off the A-list for western integration groupings.

"The courts wanted proof on paper," Serbin continued. "But they should have realized that the secret service is not a book-fanciers club. These things were simply not written down on paper.

"I think they were scared. It's easier to say that something was not a crime or that it wasn't proven that to find some people guilty. It's more comfortable that way."

Serbin also told The Slovak Spectator that the investigation had been held back by the fact that police were not allowed, Peter Falk-style, to plod the hallways of the secret service looking for evidence - everything they wanted to examine had to be cleared with Lexa's successor, Vladimír Mitro.

He said he was convinced that the evidence they were able to secure was only the tip of the iceberg.

"I think we would have dug up other serious crimes if we had been allowed to go through all of the evidence by ourselves," he said.

Asked if he stood by his decisions as prosecutor from 1998 to 2002 to send the cases to trial, Serbin nodded vigorously.

"Listen, I didn't dream these cases up. The groundwork was done by the new SIS leadership [that took over from Lexa in 1998]. The SIS announced what had gone on, investigators put a legal framework around it, and as the prosecutor on these cases I studied the case files and then submitted charges. I had no other choice - a prosecutor cannot drop criminal charges if he has evidence at his proposal, he has to let a court decide."

Having seen all 11 of his Lexa cases finish in the wastebasket, Serbin said he has given a lot of thought to why he was so universally unsuccessful.

"Money is what makes Slovakia go round right now, money and specific groups of people. This country is based on flows of cash. Money is at the root of everything. That's why it's so tough to combat corruption.

"The only way it could work in the court system would be if a police agent was sent in there and collected evidence on corruption among judges for 5 or 10 years. I'm sure we would be surprised how many judges wound up in jail."

A similar suggestion was made by former Interior Minister Vladimír Palko in announcing at a press conference on December 5, 2002 that Lexa had been charged with ordering the 1996 killing of former policeman Róbert Remiáš, a key figure in the Kováč kidnapping investigation.

"I'm not ruling out that there might be complications in future," he said. "What we are confronting here is not just one person who was in power and committed a few crimes. What we are confronting is a whole group of people without scruples and with access to hundreds of millions of crowns. They have enough money to try to influence things through illegal channels."

Palko told The Slovak Spectator this week that he stood by his words. "Our society does not have what it takes to fundamentally come to terms with what happened in the 1990s," he said. "We should just be happy that we no longer have to fear such a gross abuse of the secret service."

Serbin said that he had been approached by one of Lexa's lawyers not to send a case to court, although he refused to name the man. "There were pressures, and a lawyer once visited me. Just once. But I know there were huge pressures on the Attorney General."

Just before he sent the Remiáš murder case to court, he received several death threats, and for a while was accompanied everywhere he went by a SWAT team, which was later exchanged for plainclothes bodyguards.

Michal Serbin is today on a disability pension and spends most of his time writing a dictionary of modern music that he says is already 600 pages long.

He says he never let the threats or the pressure get to him, but that he was eventually betrayed by an enemy within: clinical depression, which landed him in the hospital, and left him unable to work.