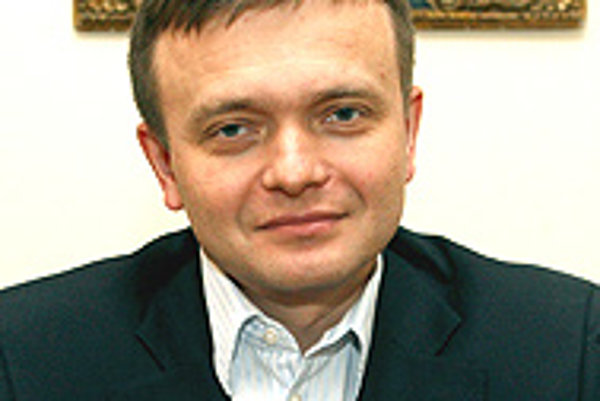 First, the Fico government tore up a sales contract on Bratislava airport signed by the previous government with Penta's TwoOne consortium. Then, Prime Minister Robert Fico launched a loud but legislatively shaky attack on private capital in the health care sector, where Penta has interests in health insurers, drug distribution and service delivery.

Now, in a recent article in the Financial Times, Penta has been accused by central bank vice-governor Martin Barto of having too much power.

"The concentration of economic power in their hands is too much," Barto said to FT journalist Robert Anderson.

The Slovak Spectator spoke with Penta co-founder Jaroslav Haščák about the company's strategy for dealing with new government restrictions.

The Slovak Spectator (TSS): Penta has been affected more than most companies by the change in government, from the Fico administration's decision to cancel a tender for Bratislava airport that was won by a consortium in which Penta played a part, to its attempt to push private health insurers off the market. Has all this forced you to re-evaluate your investment strategy in Slovakia?

Jaroslav Haščák (JH): The Fico government's stance on the airport was clear from the beginning, as they were against privatization as such. I don't think the airport decision was based on any economic analysis of how the airport would function with or without a private investor, judging from Smer's pre-election rhetoric.

We think it's a pity for Bratislava and for Slovakia, because we were prepared to invest over Sk9 billion in the airport in the coming years, and the facility will now not be able to raise such a sum in bank loans. It will really hold back development, which is dangerous given the strong competition from the airports in Vienna, Budapest and Prague. Basically, Bratislava will remain a provincial airport.

As for health care, there the problem is somewhat different. It's not that the prime minister or the health minister are against private health care insurers, or that they are trying to restrict entrepreneurship in defiance of the Constitution. The problem is much wider than that, as I believe that they haven't understood how the sector works. Their attack is aimed at any form of private capital in health care, including in insurance, drugs, and in health care providers. The state is trying to gain control of the financial resources that exist in health care - to control, manage and re-distribute them. It's the same thing we had here 15 years ago. It's a step in the wrong direction.

TSS: Is this a matter of ignorance or of design?

JH: I think there are a number of reasons here. When I was studying in Moscow [at the International Relations Institute], we had a course called 'the history of the East' taught by a very gifted academic called Professor Vasiliev. He told us that the difference between eastern and western culture was that in western culture, power historically sprang from wealth, while in the east it was the other way around. Power was achieved first, and then led to private ownership.

I see a parallel with the current situation in Slovakia. What we are dealing with here is primarily an attempt to secure control. In 2006 expenditures in the health care sector reached Sk100 billion, while this year it will be around Sk110 billion. Politicians will always want to control that kind of cash-flow, because it gives them influence over the lives of millions of people, and many people become dependent on them.

TSS: Do you sense any personal motive here against Penta, given that you are perceived as having been close to the previous government?

JH: It's irrational, and I have a hard time discussing irrational things. The same economic principles apply in health care as in any other sphere. If the current government continues in its current policies in health care, in three or four years we will be back where we were a decade ago - a dysfunctional, indebted and collapsing sector.

I also think the government is focusing on unimportant aspects of how the system works, and missing the most important things. Instead of declaring a "war" against private health insurers, the government should be addressing issues like indebted and badly managed state hospitals, or bad drug policy. Here are the real reserves for financing the health-care system. However, they have decided to create artificial problems like health insurers.

TSS: Have you changed your investment strategy in response?

JH: I see no reason to. We invest in health care not only in Slovakia but also in the Czech Republic and Ukraine. I believe that our decision was the right one, and that in these countries the demand for quality services in health care will grow faster than demand for other types of services.

Our other guiding principle is that the state does not know how to provide these services, given the nature of the state itself, and that across Europe, if not around the world, we will see a massive withdrawal of the state from health care. The state lacks a key element, and that is a motive. The state as an owner is unable to give a concrete manager or health insurance company a motive to do things better.

TSS: Following the 1994-1998 Mečiar era we saw a number of cases in which the state had to pay private owners huge sums due to illegal decisions taken by politicians. Will we see the same thing following the Fico government?

JH: Look, the Dôvera health insurance company will end up with a profit for 2006 of Sk550-600 million. If the government gets the Act on Health Insurance Companies passed in the version that is now being debated, which will mean the nationalization of health insurance companies in conflict with the Constitution, then we could 'lose' a company that earns a profit of Sk600 million a year.

Our health insurance company is owned by a firm based in Holland, and Slovakia has one of the best investment protection treaties with Holland. I have just received an analysis from our lawyers saying that should the new Act on Health Insurance Companies be adopted as proposed, our chance of success would be almost 100 percent.

TSS: The government has come up with a number of heavy-handed laws recently, including the proposed Labour Code, the Tripartite Act, the Regulation Act and the Freeway Construction Act. Do you see such legislation as seriously intended, or more as attempts to send messages to voters?

JH: I think they are intended seriously and that they are not just communication with voters. But these laws are poorly prepared. The Act on Health Insurance Companies, for example, is so poorly written it makes no sense. It confuses terms. If it is passed, we won't even know how to comply with it. Unfortunately, the Health Ministry doesn't have enough experts - three, four or five - to be able to put a comprehensible law together. That's the real situation.

TSS: Is it just you, or have other investors begun to feel a chill in the air?

JH: Of course it has affected the wider investment environment, as the government's steps haven't all been aimed against health care. Take the Regulation Act, for example, which sent a very negative signal to energy sector investors. A Tripartite Act was passed [on February 9] that will force all companies in a given sector to sign collective agreements. These are senseless rules that have no equivalent in Europe. The draft Labour Code is also a step backwards by about 15 years.

The government has taken many such steps which have sent a clearly negative signal to investors. It's absolutely clear where all of this is heading - towards greater control by the state and by concrete people. The government has shown its true face by proposing radical changes in health-care, labour law, and energy market regulation. In doing this the government is testing the waters to see how far it can go, and the more room it is given - the more such laws are passed - the further it will try to go.

I expect that the government will take action on taxes and social insurance dues. It's just a matter of time. Under pressure from its own promises and the need to keep the deficit under three percent of GDP [for euro adoption], the government will want to start spending, so we will see a rethink on the euro - that it's actually not a good idea after all, that our neighbours have all put it off until 2012 - and all of a sudden we will not be below three percent any longer. Mark my words, in three years we will see action to raise taxes and payroll taxes.

TSS: Were you surprised there wasn't more resistance in society to this kind of government?

JH: I am surprised, yes.

TSS: What's behind it?

JH: Too many businesses are unwilling to make an enemy of the government, even though the government is telling them, 'here are the cards, and here is how you're going to play'.