THE SUPREME Court's recent verdict on a lawyer who helped police uncover a corrupt colleague and was subsequently expelled from the Slovak Bar Association (SAK) will hurt the state's fight against graft, according to corruption watchdogs. 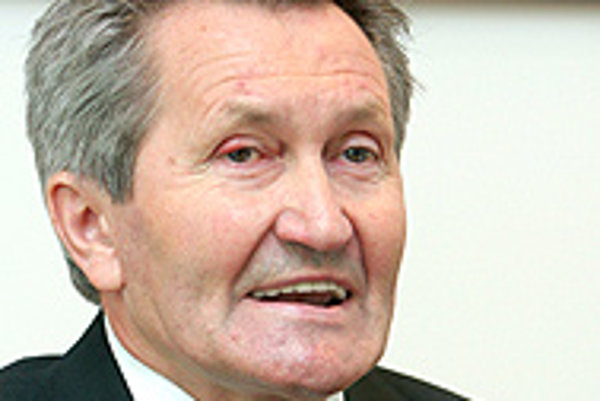 Font size:A-|A+
THE SUPREME Court's recent verdict on a lawyer who helped police uncover a corrupt colleague and was subsequently expelled from the Slovak Bar Association (SAK) will hurt the state's fight against graft, according to corruption watchdogs.

Lawyer Mária Mešencová was disbarred for allegedly breaching the Advocacy Act and for "potentially endangering her clients" by agreeing to work as a police agent. Although the Supreme Court struck down her expulsion on February 15, the court also ruled that lawyers may not work as police agents in the future.

The verdict aimed to uphold the lawyer confidentiality principle, but anti-corruption groups claim it will encourage corruption in the judicial system.

"The Supreme Court's decision will not help uncover corruption in the legal profession. Several public opinion polls as well as this particular case confirm that corruption exists among lawyers," Emília Sičáková-Beblavá, the president of Transparency International Slovakia, told The Slovak Spectator.

"Now, even honest lawyers will have to think twice before reporting corruption in their ranks and running the risk of sanctions from the bar and unwelcome attention from the media," she said.

In July 2004, Bratislava lawyer Pavel Polakovič promised Sk100,000 to Mešencová if she would persuade her client to change his testimony in favour of Polakovič's client, Vladimír S., who was a defendant in the case. Mešencová's client was also promised Sk100,000.

When the two lawyers met on September 16, 2004, the police arrested Polakovič as he handed Sk30,000 to Mešencová, who by that time was already acting as a police agent.

Thanks to Mešencová's cooperation with the police, Polakovič was found guilty of corruption in November 2006 and was given a two-year suspended sentence by Slovakia's Special Court, which was set up in 2005 to handle organised crime and high-level corruption cases. The verdict has yet to take effect, as Polakovič appealed.

According to the SAK, Mešencová should simply have reported Polakovič's bribe attempt to the police and acted as a witness in the case rather than working as a police agent. The bar said that agents are under the authority of the police and must obey orders, which is a problem for lawyers as these orders may not be in the interest of their clients.

The SAK argued that by agreeing to work with the police, Mešencová automatically lost her independence as a lawyer.

Yet according to Mečencová and her lawyer, former Justice Minister Daniel Lipšic, merely reporting the attempt at bribery would not have solved anything.

"I was visited by two men [from the police] who explained to me that if I only reported the bribe to the police, and if Polakovič were to then deny the allegations, it would be my word against his, and there would be no real evidence against him. They gave me time to consider whether I would agree to act as an undercover agent in this case. I considered his [Polakovič's] behaviour so unacceptable that I eventually agreed," Mečencová said in an interview with the Sme daily.

She also said that she believed that she was expelled from the bar because she had exposed the fact that corruption exists among the country's lawyers. "I think that the top board [of the SAK] could not cope with the fact that corruption among its lawyers had been made public. The board cannot forgive me for demonstrating that there are criminals among us," she said.

The SAK said that it supported combating corruption within its ranks, but that it also welcomed the court's decision to forbid lawyers from acting as police agents in the future.

"The Supreme Court's verdict guarantees that nobody who turns to a lawyer for advice will have to fear that the person defending them might actually be acting under police orders," said SAK president Štefan Detvai.

"This is a guarantee that lawyers will not be able to act as snitches and stool pigeons," he added.

"The verdict has meaning especially for those involved in criminal proceedings, because in a state ruled by law, lawyers cannot act against the interests of their clients, just as priests cannot violate the secrecy of the confessional," ministry spokesman Michal Jurči told The Slovak Spectator.

"The way in which the former [communist] secret service used lawyers, judges, and attorneys as agents was unacceptable," Jurči said.

At the moment it is unclear whether the Supreme Court's ban will only prevent lawyers from working as police agents in cases involving their own clients, or if it will apply to all cases without exception. If the latter, corruption activists warned, it would be an invitation to criminals to use lawyers to handle their illegal transactions.

"If lawyers who come across corruption rather frequently are not allowed to expose it, the fight against corruption will be weakened," Mešencová said.

Sičáková-Beblavá agreed, adding that "it seems the bar association is trying to protect its own members rather than looking after the public interest. This is called false solidarity and could eventually turn out to be harmful to the clients themselves," she said.