BANSKÁ BYSTRICA - Banská Bystrica and Zvolen have announced plans to form a central Slovak metropolitan area that would be able to hold its own in the battle for European and state funding. 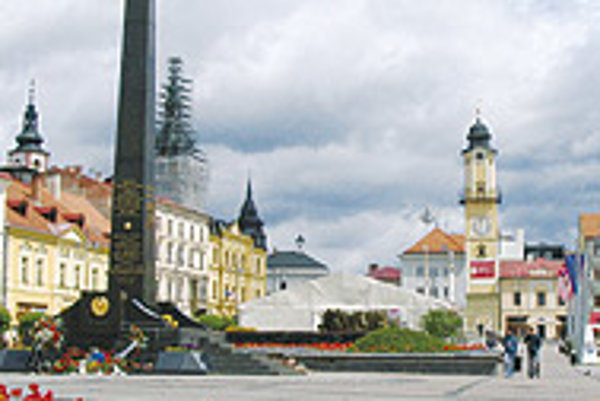 Font size:A-|A+
BANSKÁ BYSTRICA - Banská Bystrica and Zvolen have announced plans to form a central Slovak metropolitan area that would be able to hold its own in the battle for European and state funding.

Representatives of these two central Slovak towns are hoping that by joining forces, they will be able to better compete with Bratislava in the west and the planned Košice-Prešov conurbation in the east when it comes to competing for EU funding and Slovakia's educated workforce.

"We want to create a centre that will know how to compete with Bratislava and Košice in the fight for European and Slovak financial resources. So far we've been losing because we haven't been able to gather the strength needed to be successful in the boxing-ring [of financial grants]," Milan Murgaš, the head of the Banská Bystrica self-governing regional office, told the Pravda daily.

Zvolen's mayor, Miroslav Kusein, said that it's time for the two towns to drop all ideas of competition and one-upmanship and work together to form a clear plan of mutual development. "It will definitely be necessary to re-evaluate both towns' plans along with the development plan for the whole Banská Bystrica Region," he said.

According to Mayor Ivan Saktor of Banská Bystrica, most of the two towns' active population already see the area as a single whole and know that a mutual development plan is needed.

"Today we know that it's much easier to get EU funding for a single common project than for scattered individual causes. The creation of a third metropolitan centre in the middle of the country is very important for the whole Slovak economy," said Saktor, whose 2006 mayoral campaign centred around this very idea.

The first common project should be the establishment of a Slovak educational centre for alternative energy sources in Banská Bystrica. According to Murgaš, the Banská Bystrica Region will donate the building, Zvolen Technical University will supply the instructors, and the town of Banská Bystrica will provide the financing. The educational centre will cooperate with the Austrian energy services provider Bewag, which will open a similar centre in Austria's Burgenland Region at the end of this year.

Another priority is the improvement of the area's internal road infrastructure along with its connections to the rest of the country. Concrete plans include finishing construction on the stretch of motorway between Zvolen and Žiar nad Hronom to the west, as well as beginning work on a motorway that would stretch from Ružomberok in the north, down through Banská Bystrica and Zvolen, and on via Krupina in the south to Šahy on the Hungarian border.

Other ideas that the two mayors have put forward include constructing a bike path between the two towns along the river Hron and installing lights along the four-lane motorway between Banská Bystrica and Zvolen.

The Banská Bystrica Region and the two towns will form a commission together with representatives of the commercial sector, whose task will be to explore possibilities for mutual development. The commission's findings will be used to draw up development plans for the area as a single whole.

"For example, when we find that it's necessary to build a sports stadium, the two towns will build it together so that it will be able to be used by both Zvolen and Banská Bystrica," said Saktor.

The commission will hold regular meetings starting on March 14 in Zvolen.

However, some are doubtful that any real progress will be made as politicians and administrators have promised Banská Bystrica and Zvolen 'development through cooperation' twice before, once in the 60s and once in the 90s, without seeing any results.

"I'll be more than happy when I see these promises start having concrete results," Magdaléna Ponická, a teacher from Zvolen, told the Pravda daily.

"So we're going to build a bike path along the river Hron... Ok, so that's not a bad idea, but is that enough to make this a metropolitan area? A bike path? I'm looking forward to them installing lighting along the motorway," wrote one sceptical reader on the aktuálne.sk news server, "really, that never would have occurred to me."