Environmental inspectors found 151 cases of seriously contaminated water in samples taken from the country's rivers and lakes last year, which is 32 more than in 2005. 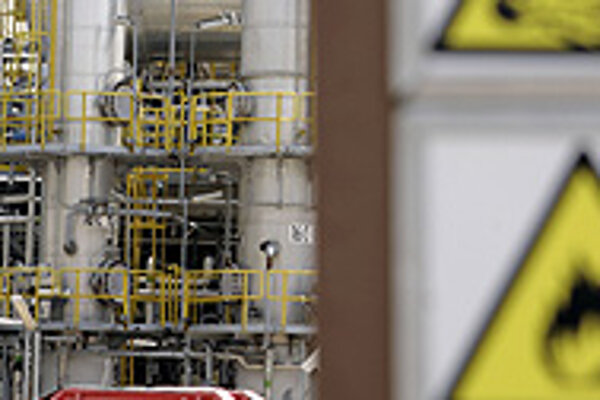 Font size:A-|A+
Environmental inspectors found 151 cases of seriously contaminated water in samples taken from the country's rivers and lakes last year, which is 32 more than in 2005.

During environmental inspections carried out in 2006, the Slovak Inspectorate of the Environment (SIŽP) found that one-fourth of the 1,788 water samples that they took from rivers showed evidence of illegal waste disposal. Most of these samples, which the SIŽP classified as examples of "exceptionally deteriorated water quality", contained traces of oil or oil related waste.

Those who were found guilty of not following environmental regulations and restrictions were served some hefty fines.

"The highest fine that we gave [for illegal waste disposal] came to around Sk800,000 and went to the Západoslovenská Vodárenská water company in Nitra for two breaches of environmental regulations," said SIŽP spokesman Michal Štefánek.

Other well-known companies that had to pay out for their lack of environmental friendliness include the Hybrav poultry company in Veľký Lapáš, who were fined Sk500,000, Oktan in Kežmarok, who were fined Sk300,000, and the Slovnaft oil refinery in Bratislava, who also received a Sk300,000 fine.

The Environmental Fund received some Sk13.6 million in illegal waste fines in 2006, almost 50 percent more than the year before.

However, dirty water is not the SIŽP's only concern. In 2006, the Inspectorate gave a total of Sk32 million worth of fines for breaches of environmental regulations, which is the most they have ever given during their 15 year history.

The largest single fine that the Inspectorate has ever given went to the Peugeot Citroen auto manufacturer in Trnava for starting painting operations before the factory's final building inspection. The fine came to Sk5 million.