WHEN THE BOLCHAZY-CARDUCCI publishing house in Wauconda, Illinois, USA needed expert translations for Milan Rúfus: And That's the Truth, the first bilingual edition of the great Slovak poet's work, it's no surprise it turned to James Sutherland-Smith and his wife, Viera. 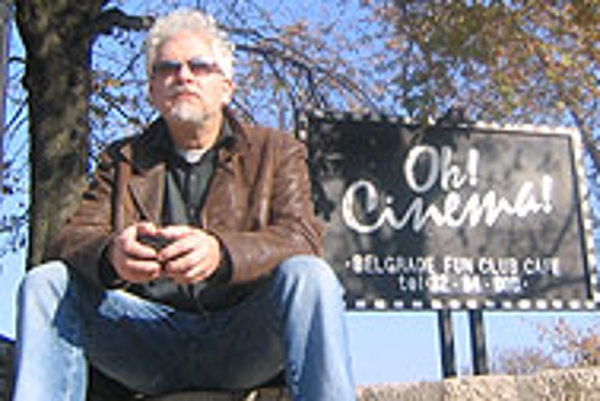 Font size:A-|A+
WHEN THE BOLCHAZY-CARDUCCI publishing house in Wauconda, Illinois, USA needed expert translations for Milan Rúfus: And That's the Truth, the first bilingual edition of the great Slovak poet's work, it's no surprise it turned to James Sutherland-Smith and his wife, Viera.

Mr. Sutherland-Smith is an English poet and translator who has been teaching English around the world for over thirty years. In 1989, he found his way to Slovakia just six weeks before the Velvet Revolution, and took up a position at the British Council in Prešov, where he met his wife.

The couple has been translating Slovak poetry into English since 1993, including selected works by Ivan Laučík, Mila Haugová and Jozef Urban. In 2003, he was awarded the P.O. Hviezdoslav Award for Translation.

The Slovak Spectator recently spoke with Mr. Sutherland-Smith about translating Milan Rúfus: And That's the Truth.

The Slovak Spectator (TSS): How did you get involved?

James Sutherland-Smith (JSS): I was contacted by Dr. Milan Richter [formerly of the Centre for Slovak Literature], who I've worked with many times. He told me [famed Czech translator] Ewald Osers had some unpublished translations of Rúfus's poetry, and asked if we would be interested in doing some others to be put together into this collection.

TSS: What was your process for translating it?

JSS: Our usual method is for my wife to do a word-for-word translation, because she's familiar with the idiom and regional references, and then, as a poet myself, I shape the translation into natural English that communicates to native speakers.

TSS: Did you have any previous knowledge about Rúfus and his work?

JSS: A little. I knew him as the grand old man of Slovak poetry; that he emerged in the 1960s, and couldn't publish his first collection of poetry in the 1950s because of the political climate; and that his poetry contains a lot of religious symbolism.

TSS: What's your impression of his poetry?

JSS: To me, he's a master of the short, lyrical poem. He's not an epic poet. Stylistically, his use of symbolism follows in the tradition of [early twentieth century Slovak poets] Ivan Krasko and Vladimír Roy. And his personal conviction and spiritual strength are reminiscent of the [mid-twentieth century] Slovak priest-poet Janko Silan.

It has also occurred to me that the small area in the western part of the High Tatras that Rúfus hails from is the same in which Silan had his parish, in which Laučík lived and worked and in which one of Slovakia's best poets, Anna Ondrejková, lives now. It's a tiny area for so many good poets.

TSS: What were some of the challenges you faced?

JSS: Well, outside of being given Rúfus's religious poems to translate when I'm not particularly religious, I'd say the simplicity of his style. Some of it's so simple, it gets lost in translation. It's just so difficult to translate its sensibility into an English-speaking climate.