A profile of Rúfus, the poet and the man

THROUGHOUT decades of stifling communism, one poet's clarion voice became the "national conscience", reminding Slovaks of their homegrown values - God, Christian morality and attachment to their homeland. 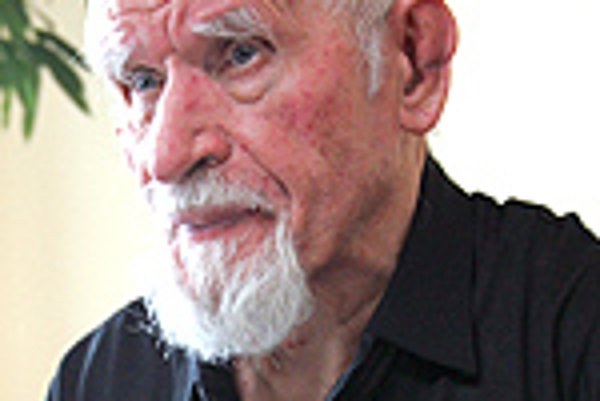 Font size:A-|A+
THROUGHOUT decades of stifling communism, one poet's clarion voice became the "national conscience", reminding Slovaks of their homegrown values - God, Christian morality and attachment to their homeland.

That poet was Milan Rúfus, the son of a builder and native of the Liptov region, who has been nominated for the Nobel Prize in Literature every year since 1991.

Rúfus was born on December 10, 1928 in Závažná Poruba, an area struck by famine in the 1930s, the Second World War in the 1940s and the Communist Revolution soon after. From 1948 to 1952, he studied Slovak and history at Comenius University in Bratislava, and remained there to lecture on Czech literature until his retirement in 1990.

As well as his poetry, he is known for his several major essays and noted translations of Pushkin, Lermontov and Ibsen. In the 1970s, he began writing poetry that accompanied works of art, such as paintings by Ľudovít Fulla and photographs by fellow Liptov native Martin Martinček.

Rúfus wrote his first real volume of poetry, Chlapec maľuje dúhu (A Boy Paints a Rainbow), in the 1950s, but couldn't release it for political reasons until the mid-1970s. Therefore, the Slovak public's first view of his work came in 1956 with Až dozrieme (When We Have Matured), a precocious collection in which Rúfus first invoked the imagery that has since defined his style: bread, wells, springs, crafted wood, bells, children, nature and God.

"Rúfus's poetry exudes a religious sensibility that, at the same time, is modern and not dogmatic," David L. Cooper, a professor of Slavic Languages & Literature at the University of Illinois at Urbana-Champaign and editor of Milan Rúfus: And That's the Truth, told The Slovak Spectator. "It's a faith that's questioning, doubting and face-to-face with the difficulties of being a believer. And it's done with a very light touch that's not proselytizing.

"Some of his poems were controversial because there wasn't supposed to be darkness or fear during communism. If you couldn't say something good, you were supposed to focus on the brighter future. Others are so dense and the imagery so opaque, it's not clear, even upon multiple readings, what imagery he's using."

Through the late 1970s and into the mid-1990s, much of Rúfus's work turned to children, childhood and fairy tales. His well-known works on the subject include Kniha rozprávok (A Book of Fairy Tales), Studnička (A Little Well) and Modlitby za dieťa (Prayers for a Child) from the collection Pamätníček (An Album). Since then, he has continued to write essays and poetry to great acclaim.

Including early last year, when he received the Slovak Writer Award for his most recent collection of poems, Báseň a čas (Poetry and Time).

By now, Rúfus's poetry has been translated into more than 30 languages. And beginning in 2002, his complete works were compiled into 16 volumes, six of which should be available soon.