NOT MANY foreigners outside of academic circles have heard of Milan Rúfus, Slovakia's national bard, whose unshakeable faith helped keep the national spirit afloat during the dark decades of communism. 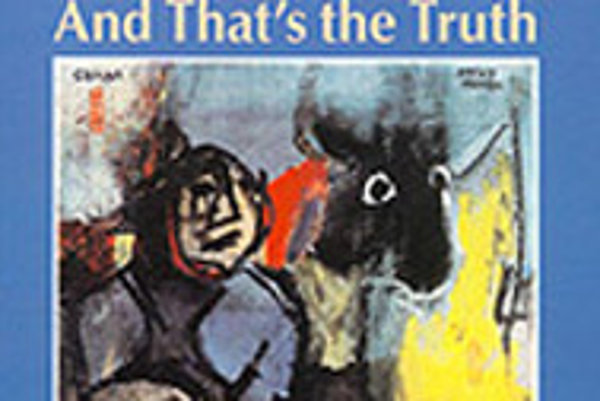 NOT MANY foreigners outside of academic circles have heard of Milan Rúfus, Slovakia's national bard, whose unshakeable faith helped keep the national spirit afloat during the dark decades of communism.

In fact, if asked to name a Slovak writer, most people would probably come up with Milan Kundera or Václav Havel, who are both Czech.

"In spite of its richness and long history, Slovak literature is one of the least-known Slavic literatures in the English-speaking world," Dr. Peter Petro, a Slovak who teaches at the University of British Columbia, writes in his book, A History of Slovak Literature. "Slovak literature itself can be compared to Cinderella: the beauty, ability and potential for fame are there, yet it remains unknown. Few translations exist to remedy this."

Milan Rúfus: And That's the Truth, the newest publication about Slovakia from the Bolchazy-Carducci publishing house is part of the effort to change that.

The book is the first Slovak-English edition of Rúfus's poetry. At 145 pages, it's just long enough to contain 64 poems from his 14 major volumes, as well as an insightful translator's preface and biography of Rúfus and his work.

The selected poems give the reader an excellent overview of Rúfus's different styles, and the vital role he has played in Slovak literature, society and history.

For example, Čo je báseň (What is poetry), in which Rúfus pleas with poets to favor tangible imagery over the abstract and to construct their verse with deliberate craftsmanship:

To place it on the table just like bread
or water. Or
between two fingers salt. That's a poem.

And at the same time not to walk flat-footed.
Even less so on tiptoes. To have time. From the depths to draw up a bucket and not to build a shop on a fresh spring, or even a shrine.

Until trout head up the river Jordan,
not to buy a rod and to know that a river does not contain just fish.

That there is more to it than that,
just as a poem is greater than the word.

Other significant poems in the edition include, among others, Po všetkom (After Everything), an example of the dark imagery and religious sentiment that solidified Rúfus's position as the country's "national conscience" during communism, and Básnik sa modlí za deti (A Poet Prays for Children).

Adding to the effect are illustrations by famed Slovak artist Koloman Sokol that bring the poetry's folk and religious themes to life. The stark black-and-white sketch depicting Slovak folk hero Juraj Janošík around the time of the Slovak National Uprising in 1944 is particularly expressive.

The translations are a pleasure. Ewald Osers, who gained fame as the translator of Nobel Prize-winning Czech poet Jaroslav Seifert, and the husband-wife team of James and Viera Sutherland-Smith kept true to Rúfus's precision and rural simplicity, making this edition enjoyable and deeply rewarding.