LIE detector tests administered to four of the six men sentenced to jail in 1982 for the murder of medical student Ľudmila Cervanová have shown that none of them had anything to do with the crime. 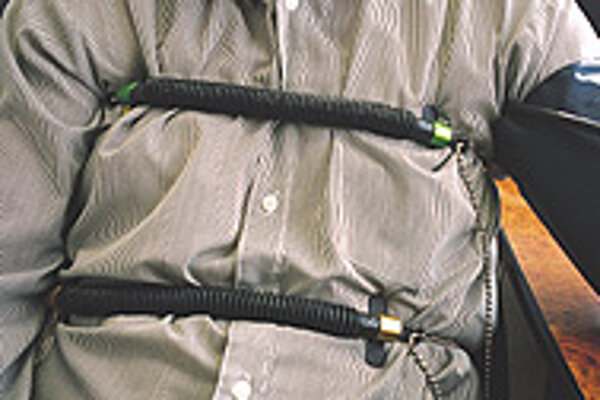 Font size:A-|A+  Comments disabled
LIE detector tests administered to four of the six men sentenced to jail in 1982 for the murder of medical student Ľudmila Cervanová have shown that none of them had anything to do with the crime.

Three of the men have maintained since the 1976 rape and murder that they had nothing to do with the crime, while the fourth, Lachman, broke down under what he said was police pressure and confessed in the early 1980s, implicating the others.

The other two men sentenced for the crime, Milan Andrašík and Miloš Kocúr, have said they want to take the test as well, but are unable to because they are still in jail serving 15-year sentences.

Dúbravický described his feelings for The Slovak Spectator on hearing the results of the tests - 25 years after he was originally sentenced to 11 years in jail for the crime.

"It's an incredible feeling of satisfaction," he said. "It's not just about me or about proving my innocence. I'm just glad there are still people around who can look the truth in the face in this case. I was beginning to doubt they existed."

However, because the Slovak judicial system does not recognize the results of lie detector tests as evidence in court, even this latest grave doubt regarding the guilt of the Cervanová accused will likely be swept aside.

Štefan Michalík, the head of the Supreme Court panel of judges who upheld the men's sentences in December last year, hung up on February 27 when The Slovak Spectator attempted to reach him by telephone for comment.

Meanwhile, Supreme Court Chief Justice Milan Karabín, who ordered key evidence in the case destroyed in 1988, preventing DNA tests from later deciding guilt, said that "in my opinion, the results of lie detector tests are not evidence".

Eva Rupcová, the head of Karabín's office, told The Slovak Spectator that "this case was legally ended in the Supreme Court".

During the quarter of a century since they were originally sentenced for the crime by the Bratislava Regional Court, the six men have tried to prove their innocence, and in 1990 even had their conviction overturned by the Czechoslovak Supreme Court, which identified 72 procedural and factual errors made by the lower court.

But last year, the Supreme Court confirmed the original verdicts and even added time to three men's sentences, sending Andrašík and Kocúr back to prison.

In commenting on the verdicts he had handed down, Justice Michalík said at the time that "it's lucky for the accused that Slovakia doesn't have the death penalty."

Defence counsel Allan Böhm intends to file an appeal in the case to the Supreme Court, but is unable to because the court has still not provided him with an official written copy of its December 4, 2006 verdict.

Until he receives the verdict, Böhm cannot appeal.

Rupcová explained that Michalík had requested a second extension, this time to March 5, on the normal 30-day period the court is allowed for sending verdicts, because he said it was "a complicated case".

According to the state's case, the accused abducted Cervanová from a student disco in Bratislava in 1976, raped her repeatedly, and later drowned her after she threatened to report them.

Until 1981, police investigators interviewed people who had been at the disco that night, none of whom mentioned having seen any of the men who were later jailed for the crime. That initial evidence - 8,000 pages of it - was later hidden under mysterious circumstances in police archives in Levoča, and was only discovered by the defence in 2004. It was not admitted to the trial by the Supreme Court, however.

The court also failed to take into account an autopsy report showing that the body of the victim bore no signs of having been raped, even though the police claim seven men had participated in the gang rape.

Instead, the court rested its case on Lachman's original confession that he had brought the accused a clothesline to tie Cervanová up after she was kidnapped, and had witnessed the rape and murder. Andrašík and Kocúr confessed as well following their arrest, but all later said their confessions had been forced out of them by their communist interrogators.

Lachman recently repeated for the Austrian TV station ORF that he had only "confessed" what the police had instructed him to. Coffey upheld Lachman's version of events following the lie detector tests.

"Whereas in football it doesn't matter whether you kick the ball hard or slow, as the only thing that is important is if you score, here we could say that Mr. Lachman kicked the ball right out of the stadium with the force provided by truth.

"For me as a professional, it is absolutely clear that he was not a witness to any criminal act in this case."

Böhm, who represents Beďač and Čerman in the case, said he regarded it as very important that Lachman had undergone the process voluntarily, given that his confession had provided the initial evidence to convict the others. "The lie detector test clearly proved that the evidence he gave the police regarding the other accused was untrue," he said.

Böhm added that the lie detector evidence, even though inadmissible in court in Slovakia, was all the more important because it had been secured voluntarily from the accused, who had been willing to risk that the results might show them to be guilty.

The testing was attended by reporters with the Týždeň weekly.

"In the US and in other countries, lie detectors are used during police investigations," Böhm said. "If suspects take the test and are shown to have nothing to do with the case, the police accept this result."

Böhm said that in Slovakia various state organs, including the police, the secret service, and the National Security Bureau regularly use lie detector tests, although they don't carry the same weight as in the Czech Republic, for instance.

"They use them in accordance with the law, and in exactly the same way that Patrick Coffey used them on the accused in the Cervanová case. That's not surprising, given that Coffey has been teaching officials from all three institutions how to use this equipment since last year."

Interior Ministry spokesman Viktor Plézel confirmed for The Slovak Spectator that hundreds of lie detector tests had been used by police investigators on witnesses, plaintiffs and defendants alike.

Coffey has 30 years of experience with lie detector tests, and has tested over 14,000 people. From Slovakia he is scheduled to visit Iraq to train local security forces.

Coffey, who performed the tests for free, asked his four test subjects a total of over 600 questions during three days of examination, starting at 09:00 and ending in the evening. On the first day the accused were asked general questions to find out if they had anything to do with the crime, on the second questions about the murder, and on the third about the rape.

To ensure the results were judged objectively, Coffey performed the tests together with an official from the National Security Bureau. Independently of each other, the two men came to the same conclusions, which were confirmed by a computer.

Lachman refused to comment on the test results for The Slovak Spectator, saying only that he was "ashamed" that his testimony had originally landed the other men in jail.

Beďač said of the results: "Since the police dragged me into this case even though I wasn't guilty, I have had the feeling that I'm living someone else's life. The lie detector test results finally give me the hope that I can start living my own life again."

According to Čerman, "the important thing here is that this is the only official confirmation of my innocence."

Defence attorney Böhm called the lie detector results "a bombshell", but said that the hidden evidence in the Levoča archives represented an even greater reason to believe the Cervanová accused innocent.

"That evidence showed that not one of the accused was at the disco the night Ľudmila Cervanová was kidnapped. But the courts never accepted it, so I won't be surprised if they take no notice of the lie detector results either."