PRIME Minister Robert Fico had to do some fast talking to escape the diplomatic fall-out from his trip to Libya in late February. 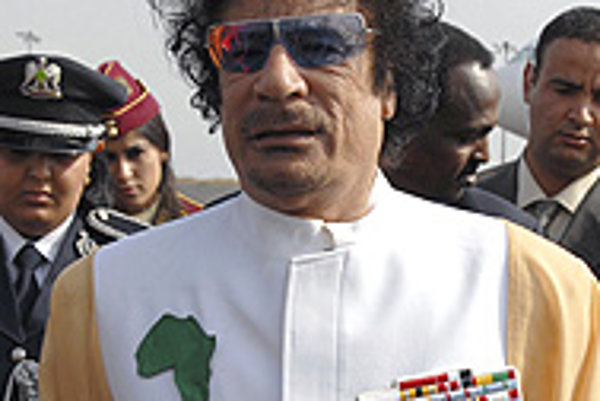 Font size:A-|A+0
PRIME Minister Robert Fico had to do some fast talking to escape the diplomatic fall-out from his trip to Libya in late February.

In conveying the message that the world should focus on the AIDS-infected Libyan children rather than on the Bulgarian nurses sentenced to death by the Libyan courts for causing the infections, Fico referred to the nurses as "perpetrators", causing horrified reactions from Bulgaria.

"We should be talking about the victims with the same intensity as we talk about the perpetrators," Fico said at a joint press conference on February 22 with his Libyan counterpart, Bagdad Mahmudi.

Fico later said he had been misunderstood because of a bad translation, but as he had been speaking in Slovak to Slovak journalists, his explanation did not convince.

The prime minister also said that the word he had used, "páchateľ", was "commonly used in Slovak criminal law to denote the accused".

However, Juraj Kolesár from the Criminal Law Department of Comenius University in Bratislava said that in Slovak, "páchateľ" indicated someone whose guilt had been proven.

His Libyan hosts, on the other hand, appeared pleased with Fico's remarks.

On the following day, Fico explained his statement on the nurses in a telephone call with Bulgarian PM Sergei Stanishev, while the Bulgarian press agency Focus reported that Bulgarian President Georgi Parvanov accepted his claim to have been misinterpreted.

In Slovakia, Bulgarian ambassador Ognian Garkov was initially furious, saying for the Sme daily that he rejected the insinuation that the nurses were guilty "as a diplomat and as a citizen, categorically and undiplomatically".

When interviewed by The Slovak Spectator on February 24, Garkov said "I can't believe that the prime minister said that," adding that the incident could hurt Slovakia's image, especially in Bulgaria.

"The most important thing now is to calm public opinion in Bulgaria," he said. "Bulgaria is convinced that the nurses are innocent. That is why our reactions [to Fico's statement] were initially so sharp."

Garkov added that Bulgaria has called on other EU states and the European Union as a whole for their support in getting the nurses released. Libyan leader Muammar Khaddafi is demanding $10 million for every infected child in exchange, a demand that Bulgaria has rejected.

"We demand that Libya free the nurses. There is proof that they are innocent," the ambassador said.

The five nurses and a Palestinian intern were found guilty by a Libyan court of deliberately infecting 426 children with the HIV virus in 1998, causing an epidemic in a hospital in Benghazi. They were sentenced to death.

The trial was highly politicized, and representatives of several countries called on Libya to release the accused. More than a hundred Nobel Laureates in science signed an open letter to Libyan leader Muammar Khaddafi asking for a fair trial.

The Libyan court rejected a 2003 report by Luc Montaigner, co-discoverer of AIDS, and microbiologist Vittorio Colizzi claiming that the HIV virus had already been present in the Benghazi hospital before the nurses and doctor arrived.