WHEN people find themselves deep in debt and simply cannot pay the high interest, sometimes they have no other choice but to do as their debtor says and cut their own thumbs off. 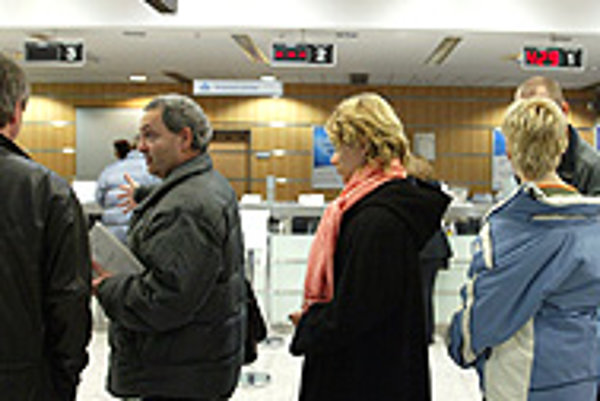 Font size:A-|A+
WHEN people find themselves deep in debt and simply cannot pay the high interest, sometimes they have no other choice but to do as their debtor says and cut their own thumbs off.

But not as a punishment.

If you have life insurance, you can get a lot of money for any serious injury that you came by accidentally. For a certain group of moneylenders, this was the chosen way of making sure they got their money back, along with exorbitant interest.

"The fingerless", as this group was labelled after the incident, would have cost the Union insurance company over Sk16 million, Drahomíra Juríková, Union's spokeswoman, told The Slovak Spectator. But thanks to a thorough investigation, the scammers' plans failed and the event has now been resigned to history as one of Slovakia's most curious insurance cons.

Another publicized case of insurance fraud was the "black widow" scam, a case where 36-year-old Anna K. murdered her partner to get hold of his life insurance, which was worth Sk1 million.

Though bizarre, these are not isolated incidents. Insurance companies say that cases of life and property insurance scams are becoming more and more frequent in Central and Eastern European countries, including Slovakia.

"Insurance scams have been around since the beginning of the insurance industry," said Milan Daráš, the secretary of the anti-fraud department of the Slovak Insurance Association (SAP). "Scams appear in every area of the industry, but these schemes are the most frequent in property insurance and especially in car insurance."

The SAP knows that people will always try to find a hole in the system and abuse it. For example, a Slovak car-owner once insured his Škoda Felicia with eight different insurance companies and then caused a car accident. Within a year he had made a claim with all the companies and collected.

This was an extreme case of 'multiple insurance', a common type of insurance scam, said Daráš. Other fraudulent practices include re-leasing, reporting car theft that never happened, and others.

Even though car insurance scams top the list, the number of attempted scams in other areas is not negligible either.

Lucia Muthová, the spokeswoman for Allianz - Slovenská Poisťovňa defines insurance fraud as any situation in which the client knowingly and wilfully makes a claim that he has no right to, using false data.

"The simplest scams are mostly committed by people who have experienced some loss, maybe for the first time, and are trying to use the situation to get more money than they have a right to," said Muthová.

She added that organized groups are the most dangerous: "They are well informed about auto repair methods and tools, as well as about the law and the insurance company's bylaws. They know how to use this information for their benefit."

"Based on Allianz's experiences and police statistics, it's very likely that as much as 30 to 50 percent of all the announced insurance events are scams," said Muthová.

"We can't really say how much money we lose, because we really don't know how many scams go by undetected. Those that we find and deal with have a value of about Sk15 million to Sk20 million," said Juríková.

However, the fight against insurance scams is not only about the money. "The insurance company is also trying to protect honest clients, who have the right not to have to pay more because of false insurance claims," said Muthová.

"The money lost in insurance scams in Europe comes to approximately 10 to 20 percent of total premiums paid," said Daráš, adding that in 2006 the total came to around Sk50 billion (€1.4 billion).

The most scams that were discovered dealt with travel, transportation, life, and accident insurance.

He added that Slovak law is not perfect and, although there are still many issues that need to be dealt with, he remains optimistic. "There's been a lot of progress in insurance legislation since 2000," he said.

Insurance companies are doing their best to improve their ability to discover and fight fraud and the SAP has established a department that is responsible for supporting this.

"If an insurance company doesn't cooperate with the SAP and other insurance companies, they become an easy target for anyone who is in the scamming business. They are very likely to lose a lot of money because they have no means of fighting these crimes," said Daráš.

Even though insurance fraud is recognized as crime in Slovakia, people tend to be tolerant of it.

"People who know how to cheat an insurance company out of money are usually seen as the clever ones," said Daráš. "The insurance companies play the role of the rich, and people tend to believe that there's nothing wrong with a little swindle," he said.

He added that people do not realize that the more money their insurance company loses, the higher their own insurance rate will be the following year.

"The public's tolerance is the biggest barrier in the fight against fraud."