THE SLOVAK cabinet approved the removal of the country's engineering unit in Kabul to Kandahar in the south of Afghanistan at its regular session on February 28. The Slovak contingent is led by Major Tomáš Bobko. 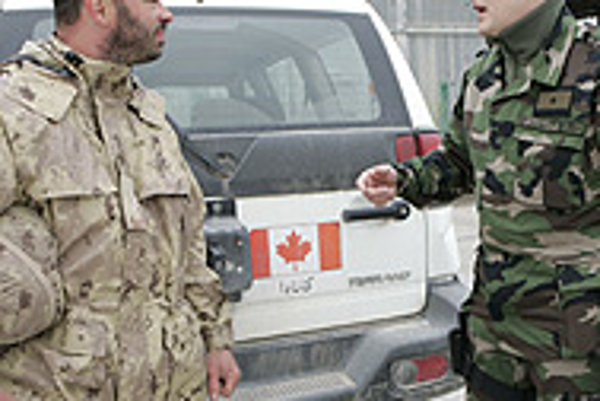 Font size:A-|A+
THE SLOVAK cabinet approved the removal of the country's engineering unit in Kabul to Kandahar in the south of Afghanistan at its regular session on February 28. The Slovak contingent is led by Major Tomáš Bobko.

Slovak PM Robert Fico, Interior Minister Robert Kaliňák and Defense Minister František Kašický visited Kandahar on January 26 to hold talks with NATO officials from the ISAF South operation, and to inspect security at Kandahar airport, where the Slovak troops will be stationed.

Kašický said the Slovak engineers, a maximum of 65 of whom will be transferred, will only work on the base area rather than at detached locations, as previously discussed.

"My soldiers have no problem with this move. When our orders come through, we'll pack up and move to Kandahar, which is about 760 kilometres from where we are now," said Bobko, 36, who is on his first foreign mission. Until being assigned to Afghanistan, Bobko worked at the Slovak Army General Staff headquarters in Bratislava.

In Kabul, Bobko was the first leader of a base security group that comprised several hundred members of international forces. "Among them were a Belgian security unit, international military police, a Czech bomb disposal unit, and our mine removal crews," Bobko said.

The Kandahar airport case is currently home to 10,000 soldiers and civilian members of the ISAF operation. Most are American, but other troops hail from Canada, the UK, Holland, Denmark, Romania and Estonia.

- Pavol Vitko is the editor
of the Obrana (Defense) magazine