RENT, the smash-hit Broadway musical by writer/composer Jonathan Larson, opened this weekend for a limited engagement at Bratislava's Istropolis Theatre, adding Slovakia to the growing list of countries the musical has taken by storm since its original premiere in 1996. 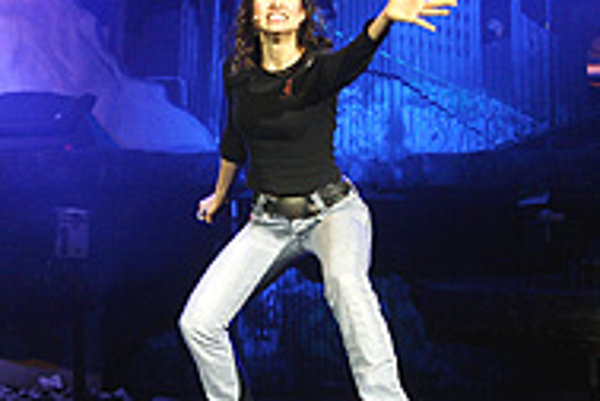 Font size:A-|A+
RENT, the smash-hit Broadway musical by writer/composer Jonathan Larson, opened this weekend for a limited engagement at Bratislava's Istropolis Theatre, adding Slovakia to the growing list of countries the musical has taken by storm since its original premiere in 1996.

Based on the opera La Boheme by Giacomo Puccini, RENT tells the story of eight poor young artists struggling to survive, and overcoming loss through love and friendship. But instead of turn-of-the-century Paris, where La Boheme was set, the events take place in one of New York City's most artistic neighborhoods in the early 1990s. Characters who were poets, painters and philosophers in the opera are replaced with musicians, filmmakers and street artists. And the main female role, Mimi, is afflicted not with tuberculosis but AIDS, as are many of the other characters.

RENT broke new ground as one of the first Broadway musicals to feature openly gay, bisexual, lesbian and transgendered characters, who were played by an ethnically and racially diverse cast. Some credit its exuberant performers, intense themes of hopelessness and despair during the dark years of the AIDS crisis, and poignant music and lyrics with the surge in popularity musical theatre has experienced among young audiences.

RENT was also a critical success from the very beginning. Time magazine called it "a breakthrough" and The New York Times proclaimed it "an exhilirating landmark". John Lahr of The New Yorker wrote: "The show features, among forty well-sung numbers, three songs that are as passionate, unpretentious and powerful as anything I've heard in musical theatre for more than a decade." RENT was also showered with awards, such as the Pulitzer Prize for Drama and four Tonys, including Best Musical.

But, in an agonizing twist of fate that has added to RENT's mystique, the show's creator, Jonathan Larson, never lived to see its success.

After seven years of hard work and sacrifice on the musical, he collapsed while at a rehearsal one week before its first preview. At first, he was diagnosed with food poisoning, which later, after a second incident, was rediagnosed as a viral infection. But a few days later, at the final dress rehearsal, Larson conducted an interview with a newspaper reporter and went home feeling exhausted. He died an hour later. He was just 35.

The cause of death was eventually discovered to have been an aortic aneurysm, a bulge in the major artery that runs through the centre of the body that can burst if not surgically repaired. The hospitals that treated Larson were ultimately fined for negligence, and his family planned to sue for $250 million.

Since becoming a dominant force on Broadway, RENT has toured successfully across North America and been mounted abroad in at least twenty countries, including venues as far away as China and New Zealand. The Slovak production is its latest international premiere.

"It's a very real story about very real people, who are consumed by very real concerns," the Slovak production's director, Patrik Lančarič, told the TASR newswire. "The characters are like all of us: they pay rent, they fall in love, and they want to achieve something in life."

Over nearly a year of rehearsals, Lančarič, a respected theatre director who recently branched out into film direction with Rozhovor s nepriateľom (Meeting the Enemy), has led a cast that features some of the local scene's most prominent musical theatre stars.

The role of Roger Davis, the HIV+ musician desperate to write one last meaningful song, is played by Dušan Vitázek, a Slovak singer and graduate of the Janáček Academy of Music and Arts in Brno; Mark, a filmmaker and the musical's narrator, is portrayed by Vladimír Volečko, a Czech singer who's been performing musicals for almost ten years; Mimi, an HIV+ stripper and heroine junkie who falls in love with Roger, is performed by Michaela Horká, a Czech singer who had a successful two-year run in the musical Galileo Galilei; and Maureen, a performance artist and Mark's bisexual ex-girlfriend, is brought to life by Soňa Jányova, who's performed in several musicals across Slovakia and the Czech Republic.

The other cast members include Petr Brychta in the role of Angel; Lenka Rakárová as Joanne; and Ján Slezák as Benny.

"It's often the case that foreign productions focus primarily on the performers' singing ability rather than on acting," said Milan Ješko, who translated the text, and plays the role of Roger and Mark's friend Tom Collins. "Our cast can both sing and act, and that's why I think the audience is going to find this to be much more understandable."

In a first for Slovak musicals, the show is accompanied by a live band, led by music director Mikael Langs from Finland.

"This will definitely not be your typical karaoke musical," Lančarič joked.

RENT premiered in the Istropolis Theatre on March 1. It makes the first stop on its national tour in Trenčín on March 5, and then continues on to Dolný Kubín, Prešov and Banská Bystrica, among other cities, before returning to Bratislava on March 14. For more information, visit www.muzikalrent.sk. For tickets, go to www.ticketportal.sk.