SWEDISH investigative journalists made a splash in the Czech Republic recently by airing a TV report featuring Jan Kavan, the former Czech foreign minister and the chairman of the UN General Assembly from 2002 to 2003, breezily describing corruption among top Czech officials. 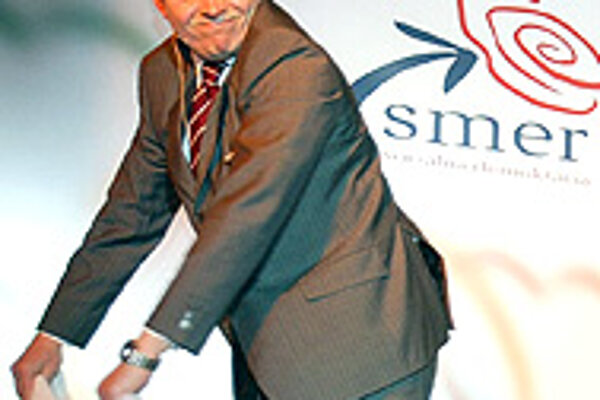 Font size:A-|A+0
SWEDISH investigative journalists made a splash in the Czech Republic recently by airing a TV report featuring Jan Kavan, the former Czech foreign minister and the chairman of the UN General Assembly from 2002 to 2003, breezily describing corruption among top Czech officials.

The journalists, masquerading as employees of a security agency hired by the British arms company BAE Systems, got Kavan to tell them on hidden camera that senior officials from the largest Czech political parties, the ČSSD social democrats and the right-wing ODS, had taken big bribes from two BAE Systems representatives to steer the Czech government towards purchasing Gripen jets in a CZK60 billion army public procurement contract. The jets are manufactured by a consortium including BAE Systems.

The case would have attracted only lurid interest in Slovakia but for the fact that Kavan is now a part-time advisor of Prime Minister Robert Fico.

Fico's spokeswoman, Silvia Glendová, said that Fico has no intentions of breaking off the cooperation with Kavan, despite the recent TV documentary. "The prime minister will not comment on the speculations concerning Mr. Kavan, and is giving him the benefit of the doubt," she said, added that Kavan is not paid for his advice.

"I just advise him in cases where the prime minister needs something, or wants to hear my opinion," said Kavan of his co-operation with Fico. One issue on which Kavan has weighed in has been on how the Smer party can improve its image to be reinstated by the Party of European Socialists (PES), which suspended Smer last October for forming a government coalition with the far-right Slovak National Party.

Fico apparently chose Kavan because of his good relations with the ČSSD party of former Prime Minister Jiří Paroubek. However, the ČSSD has since distanced itself from Kavan, while Paroubek said after the TV report was broadcast that Kavan had "disqualified himself from top politics". Kavan was also dumped by Czech Speaker of Parliament Miloslav Vlček, whom he had also advised.

The TV report implied that over three billion Czech crowns had been paid as bribes during talks on the sale of 24 Jas-39 Gripen fighters to the Czech Republic in 2000, as well as later when the Czech government decided not to buy the fighters but to lease them. The bribes were allegedly paid by the BAE Systems/Saab British-Swedish consortium "to unknown people". According to the documentary, the money ended up on the accounts of intermediaries who then distributed it among Czech politicians.

Although Kavan did not name names, his statements implied that former Finance Minister Ivo Svoboda took a bribe. Svoboda is now serving a sentence for embezzlement.

"The fact that money was handed out (in the Gripen tender) was an open secret in parliament, many people knew about it," Kavan told the Swedish journalists. He also claimed he could influence the police investigation of the case.

After the Swedish public service TV station aired two instalments of the documentary, Kavan denied saying anything of the sort, and blamed the whole scandal on a poor translation on the side of the journalists.

Zuzana Wienk, the director of Fair Play Alliance NGO which monitors corruption in Slovakia, told The Slovak Spectator that this country had never seen such a wide-ranging scandal involving senior politicians. "In Slovakia, the only cases that were even similar of in size regarded the purchase of MPs votes [from 2003-2006 under the previous government] or the tenders involving the purchase of trains. These scandals were never fully investigated and have had no consequences in terms of criminal charges."

Wienk said she believed one of the reasons that such scandals do not result in criminal charges in this country is that the justice system does not pursue them vigorously.

She described a case from 2005 in which the Fair Play Alliance had monitored the sponsors of the then-ruling Slovak Democratic and Christian Union party, and found that some of them had actually never given the party any money. Its concerns regarding illegal party financing, however, were not taken seriously by the authorities.

"Although it had a political background, it was quite a simple case, but even though we dug up some serious circumstantial evidence of wrongdoing, the police investigator and the prosecutor's office did not probe deeply into what had happened, and thus failed to find a person responsible for cooking the books of this political party.

"If we have such a bad experience in a relatively simple case, it is very difficult to believe that more complex cases which have graver consequences will be treated any more seriously," Wienk said.

Slovakia is regularly criticized by international institutions like the World Bank for the continued prevalence of corruption. In last year's corruption perception rankings compiled by Transparency International, Slovakia took 49th place, compared to 46th for the Czech Republic. According to the Transparency ratings, both countries face major problems with corruption.