PRIME Minister Robert Fico has engaged a new media advisor. Psychologist Ľubica Mižičková says she will counsel her boss, whose notoriously poor relations with the media have worsened since he took office last year, to delegate more responsibility and give more interviews. 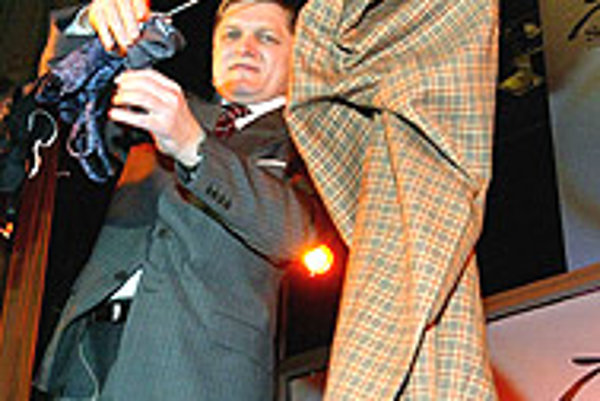 Font size:A-|A+0
PRIME Minister Robert Fico has engaged a new media advisor. Psychologist Ľubica Mižičková says she will counsel her boss, whose notoriously poor relations with the media have worsened since he took office last year, to delegate more responsibility and give more interviews.

Mižičková also called for greater "self-discipline" in communication between Fico and the media, saying that the advice applied to both sides.

"I would like to contribute to creating standard relations," she said. "This is also a matter of improving the flow of information from government institutions. It's important that the prime minister does not have to respond to everything, but only the most important things, while journalists should be getting information first-hand, such as from government ministers.

"The government program and how it is being carried out should be the main topic in the prime minister's communication with the public," she said for the Sme daily.

The security guards that Fico's Smer party hired on election night to keep journalists out of party headquarters and waiting on the sidewalk became the symbol of Fico's approach to the media as prime minister. Other political parties, as is the tradition in Slovakia, admitted the media to their inner sanctums on June 17, 2006, and provided refreshments and access to top party members.

"The media was never very fond of Smer, and are not now fond of the government," said Fico's spokeswoman, Silvia Glendová, in an interview with Sme last year. "Election night was maybe an expression of our relationship with journalists."

Since becoming prime minister, Fico has frequently criticized the media, saying on one occasion that "some journalists act like Radio Jerevan - I say that we are giving out bicycles, and they report that cars are being stolen".

Fico also said he doesn't read newspapers because he wants "to protect my mental health".

"I don't feel the need to suck up to journalists, or to fight with them. Maybe the media haven't been accustomed to such an approach from politicians, but that's the way I am," said Fico last December for the TASR state news agency.

Communications expert Oľga Škvareninová said that it would help matters if Fico reduced his stress load. "You can see in the way he communicates that he is extremely overworked. A politician shouldn't give away the fact that he is under stress, because that only plays into the hands of journalists."

Fico has claimed on various occasions that the media are tougher on him that on his predecessor, Mikuláš Dzurinda, and Mižičková agreed with his assessment. "I'm convinced that what he said was based on facts and his experience," she said.

However, media analyst Pavel Haulík said that Fico's media problems were not hurting him politically. "The media are going after him, but ironically it is helping him, because voters often like those kinds of politicians," he said. "However, this may not last, especially if he keeps making mistakes in his communications approach."